*For additional information regarding the criterion for inclusion or membership for lawyer associations, awards, & certifications click image for link.
Home
Practice Areas
Criminal Defense
Larceny, Embezzlement & Fraud in Charlotte, NC
Do You Have Misdemeanor or Felony Larceny Charges

Do You Have Misdemeanor or Felony Larceny Charges 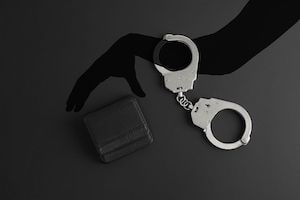 If you’ve been accused or arrested for a crime involving allegations of theft or dishonesty, those are serious charges that can carry long-term consequences.

Pleading guilty or being found guilty after a trial, resulting in either a misdemeanor or felony conviction, may end with stiff penalties, especially if you don’t have a perfect criminal record.

Once convicted, unless later expunged (which is not always an option), larceny charges do more than tarnish your name and reputation in the community.

There is a reason people say, “It’s on your permanent record.”

A conviction for larceny can be on your criminal record for life and used against you, for life.

That can severely affect your ability to take care of your family, find a good job, or obtain a professional license.

Many, if not most, people charged with larceny just made a bad decision or choice and are not necessarily bad people.

Experienced criminal defense attorneys will want to investigate the nature and circumstances of the allegations, working to build an effective defense to the charges.

Solid legal defenses are predicated on having all the information, preparation, and working through whether the State can make its case.

That’s one reason for the attorney-client privilege.

In order to provide sound legal advice, defense lawyers need all the information about happens. Clients need to know that what they tell your criminal attorney is confidential and will not be revealed.

It’s important to carefully and systematically assess the fact-pattern, reviewing the evidence against you to determine whether the prima facie elements may be proven by the prosecutor.

To be effective, that process deserves open and honest communications between the person facing criminal charges and their lawyer.

What are Some of the More Common Types of Larceny Charges in Charlotte? 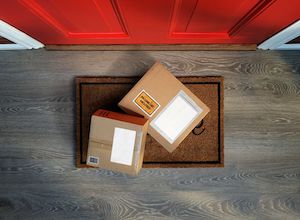 If you’ve been accused Broadly defined, larceny involves taking something that does not belong to you.

Obviously, if you have permission to take something, that is not a theft or larceny.

There are several different factors that are considered in bringing criminal charges including the type of item that is stolen, the value of stolen goods, and whether the person accused of larceny was in a position of trust or authority.

If you’re charged with shoplifting or some form of “unlawful concealment,” the overall value of the items taken may be added up and considered in determining whether the State may proceed with felony vs. misdemeanor charges.

Sentencing in North Carolina is notoriously complicated, involving review of the type of charge or charges, the severity of the offense, and your Prior Record Level or “PRL” for past convictions, if any.

In an interesting twist, larceny charges are assumed to be felonies unless otherwise specified by the General Assembly in the NC criminal laws as a misdemeanor.

As such, larceny is a Class H felony until proven otherwise.

Misdemeanor larceny may be considered a “petty misdemeanor,” although North Carolina has specifically set aside distinctions and the terms “grand theft larceny” and “petit larceny.”

That’s also where the General Assembly sets forth, “. . .Larceny is a Class H felony. . .”

Larceny in North Carolina is also subject to the NC Rules of Criminal Procedure regarding being an accessory after the fact or as accessories before the fact.

What are the Punishments for Larceny Charges?

If you’ve been accused of a larceny crime in Charlotte, we strongly recommend you retain legal representation without delay.

As defense attorneys, our goal is to mitigate the long-term consequences of a criminal conviction, assuming that’s possible.

One reason criminal lawyers carefully review the evidence is to determine whether the charges against you may be dismissed or reduced from a felony to some other less serious charge.

There may be legal options available, including deferral programs in Charlotte.

Again, each case is different and you should not assume getting your charges dismissed is automatic just because you have a clean record and have never been in trouble before.

Your case and your charges are unique to you. Talk to a lawyer.

We think it’s imperative to begin your defense without delay.