What is a Motion to Suppress in NC? 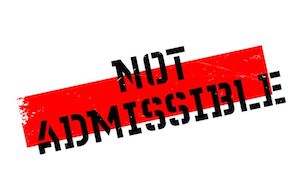 Filing a Motion to Suppress is a way for criminal defense attorneys to keep improper evidence and testimony from be admitted at trial. Your “criminal lawyer” may seek to prevent the jury from hearing irrelevant or otherwise inadmissible evidence in your case.

If the motion is granted, the Court “suppresses” the evidence, which may ultimately serve as grounds to get your charges dismissed for lack of admissible evidence.

When that happens, the jury never hears the evidence and cannot consider it as part of their deliberations. In NC criminal district court, the Judge even suppresses inadmissible evidence from itself, requiring the Court to essentially forget what she or he may have already heard in considering the Motion.

That may seem complicated, if not a bit odd. It often helps to seek legal representation to determine what motions may be appropriate in your case based on the facts, evidence, and NC criminal laws.

There are steps (and rules) for filing a Motion to Suppress in criminal court. Failure to comply with the North Carolina Criminal Procedure Act and any Local Rules may result in the waiver of your right to object to the admission of evidence.

Can I Get My Charges Dismissed?

Each case is different. And while there may be general rules and procedures in the presentation of evidence, there are also numerous exceptions. If you have questions about your case, it doesn’t matter if they’re misdemeanor or felony charges, call us now to schedule a free, confidential consultation.

Suppression of Evidence in NC

Generally, criminal defense attorneys seek to suppress illegally obtained evidence such as improper identifications, statements made by the defendant under certain circumstances, physical evidence that was seized without a warrant, informant statements, etc.

It also may involve Constitutional Rights like the 4th Amendment or your 5th Amendment Right to Remain Silent.

Typically, whether a Motion to Suppress should be filed in your case depends on the circumstances or grounds in which the evidence was obtained. The Court is given broad discretion in determining the admissibly of evidence in NC and generally will not be overturned but for an abuse of discretion.

When can You File a Motion to Suppress?

Common grounds to file a Motion to Suppress, or a related Motion in Limine, may include a violation of your rights (under the US Constitution and/or the NC Constitution) or misconduct by law enforcement officers, and may include things like:

When Should a Motion to Suppress be Filed?

Timing requirements vary depending on whether your criminal case is in Superior Court or District Court. There may also be local rules, depending on where you were charged.

Motions to Suppress in District Court

In District Court, a Motion to Suppress may not be subject to the same timing requirements as Superior Court. In District Court, suppression motions may be made before or during a trial, depending on the type of allegations. DWI charges in NC have special rules, requiring pretrial motions in certain instances.

Motions to Suppress in Superior Court

Filing a Motion to Suppress in Superior Court often have important timing requirements.

A Motion to Suppress must be in writing, stating the grounds for the motion, and supported by an affidavit. Motions to Dismiss / Suppress must also be properly served on the state (the prosecutor or “DA” in NC).

Exceptions to Filing a Superior Court Motion to Suppress Before Trial

There are certain exceptions, when a Motion to Suppress may be made during trial (orally or in writing), such as:

A Motion to Suppress that is made during trial is not required to have an affidavit, but the defense is still required to state the legal grounds of the motion. 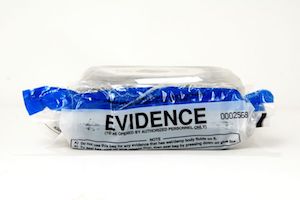 Once a Motion to Suppress is properly filed, a hearing may be set to determine whether the evidence was properly obtained. The prosecutor bears the burden of proof to show all evidence was lawfully obtained and otherwise admissible.

The Judge then determines whether the evidence is relevant and admissible. If the Court finds the evidence was not obtained legally, or violates the rules, the prosecutor (DA = District Attorney) is not permitted to use the evidence against you.

What does Indictment Mean?

Typically, the court must make written finding of facts and conclusions of law to support any decision to exclude or admit the evidence at trial.

Should a Motion to Suppress be Filed in My Criminal Case?

Given the complexity of filing and arguing a Motion to Suppress, it makes sense to speak with a defense lawyer with substantial courtroom experience handling criminal cases. As stated, each fact pattern, like each client, is different.

If you have been charged with a criminal offense, we would be happy to speak with you about your case. For criminal cases, we offer free and confidential consultations.