What Does Indictment Mean?

What Does Indictment Mean in North Carolina Criminal Law? 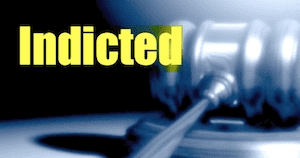 The function of the Grand Jury in our NC criminal justice system is very different from that of a trial jury. Grand jurors, in issuing a “true bill” and a grand jury indictment against you, have made no finding of guilt. The Grand Jury, after hearing the District Attorney’s evidence, indicted you. This only requires a level of proof that falls short of reaching 50% likelihood.

A jury trial in a North Carolina criminal case requires proof beyond a reasonable doubt, the world’s highest standard of legal proof.

Being indicted only means that a “true bill” was issued by the Grand Jurors. The Defendant does not get to testify, nor would your North Carolina criminal defense attorney LET YOU testify, in most indictable cases. So, the typical indictment means that the person who is being investigated has limited opportunity to be heard or even have his criminal attorney present.

In fact, North Carolina General Statute 15A-633(d) only allows for the prosecutor, a witness, an officer who is monitoring and holding a witness who is already in custody (i.e., a co-conspirator or co-defendant), and an interpreter, if needed. No other persons are authorized by NC laws to be present during the proceedings of the Grand Jury. Notice that such statutory authority also does not include a Judge!

If the Grand Jury finds there to be sufficient evidence to support a criminal charge, they will issue an indictment. An indictment is, in the common law system, is a formal accusation that a person has committed a crime. In jurisdictions that maintain the concept of felonies, the most serious criminal offense is a felony.

Indictment Can Be Waived by Your Criminal Defense Attorney

In North Carolina, three ways exist by which the state may legally proceed to criminal trial with state felony criminal charges:

Before Being Indicted, Retain a NC Criminal Defense Lawyer

Legal troubles disrupt every aspect of your personal and business life. When you are being investigated for a felony that will be going before the county Grand Jury, that is when a criminal defense attorney NC should be hired. Stress and sleeplessness can be your enemies.

Don’t try to carry the burden alone. Contact our Charlotte NC criminal defense lawyers, and take advantage of our law firm’s FREE legal advice at your first lawyer consultation. Call our law firm NOW, at 704-342-4357. Our criminal attorneys and staff will not JUDGE you. We will deal with you on a professional, but compassionate level. We are on YOUR side.

One of our criminal defense lawyers will explain your legal rights, advise what options exist for you, and explain the different ways to prepare for and try to avoid an indictment in North Carolina.

At Powers Law Firm PA, the criminal defense attorneys rely on prior experience with indictments. By being truthful and informative, this professional legal advice can calm your nerves, once you know what to expect, and prepare for all available alternatives. Detailed legal information and advanced lawyer preparation are important variables in any legal representation for crimes in NC.

For indictable felonies, the legal process can be particularly confusing, with the involvement of a grand jury indictment. That is why it is vitally important to know your options ahead of time.