They Didn't Read My Miranda Rights 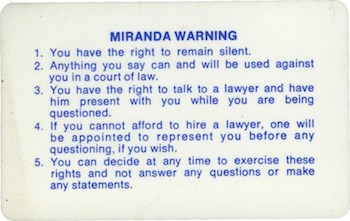 “Can I get the case dismissed?” is a common question posed by people facing criminal charges. . .which necessarily include allegations of Impaired Driving, DWI or DUI.

You, a friend or a family member may have been charged with “Driving While Impaired” or DWI. In the past, this was known as DUI or “Driving Under the Influence.”

There is no practical distinction between the two.  A driver can be impaired by substances other than alcohol, like drugs such as cocaine, marijuana or even prescription medications.

The term DWI was established to encompass substances that might “impair” your ability to operate a motor vehicle, whereas DUI tended to relate more to alcohol. The definition under North Carolina General Statute 20-138.1 is entitled “Impaired driving.” Within subsection (a)(1) of the statute it also reads “if he drives any vehicle... (1) While under the influence of an impairing substance.” So, both DWI and DUI are technically proper.

For the purposes of this post (and others within the Powers Law Firm BLOG) the terms are synonymous. People charged with Impaired Driving seem to prefer the DUI abbreviation; frankly, the vast majority people arrested for impaired driving are suspected of violating the law due to alcohol consumption.

Although "Miranda Rights" are a consideration in many criminal cases, it requires careful analysis and/or explanation of a common misunderstanding of a complicated area of law. The most honest response to legal question involving Miranda Rights and DUI in North Carolina is, "It depends. Let's talk more about the case." The purpose of this article by Attorney Bill Powers is to provide background information on the law of Miranda and DWI in North Carolina, the legal rationale for the protection against self-incrimination and authority under North Carolina caselaw. If you have additional questions, please feel free to call Bill directly at: 877-462-3841. You may also review Bill Powers' credentials on

Where Does it Come From? 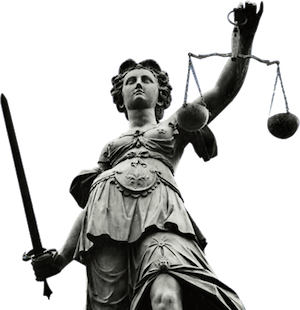 The Fifth Amendment to the United States Constitution, as part of the Bill of Rights, provides more than one protection. In addition to preventing multiple trials for the same offense or Double Jeopardy, it also includes the right against self-incrimination a trial. It has been held to apply during “custodial interrogations” prior to trial or as part of a criminal investigation. Self-incrimination generally applies to issues where there is an accusation of criminal activity or specific crime. Barron’s Law Dictionary defines it as “the constitutional right of a person to refuse to answer questions or otherwise give testimony against himself or herself.” The Bill of Rights, which refer to the first ten amendments to the United States Constitution, were in response to a history of abuses in Britain. The use of torture and forced confessions was common in the late 1600’s and early 1700’s. In fact, those who refused to give an ex officio mero (which involved a swearing of innocence or confession) oath was considered guilty. The purpose, at least in part, of the Fifth Amendment was to preclude compelled testimony at trial OR if collected as part of a custodial interrogation and introduced as evidence at trial. The accused can neither be forced to take the stand in his or her own defense, to be forced to provide testimony of any sort and similarly, the failure to provide evidence or testimony cannot be used as evidence of guilt. Neither may law enforcement compel, during interrogation, a confession or facts regarding the circumstances of a crime. In simple terms, “taking the 5th” relates to the Fifth Amendment of the Constitution and the protection against self-incrimination. The concept of Due Process of Law also comes into play regarding the exclusion of improperly obtained evidence.

Why is it Called "Miranda?"

Cases taken before appellate courts in the United States are commonly referred to by attorneys, for simplicity sake, or otherwise named by one of the parties in the action. “Miranda Rights,” as they have become known, actually refer to a 1966 United States Supreme Court decision formally entitled, Miranda v. Arizona, 384 U.S. 436 (1966). For those REALLY interested in the court decision, you may listen to summary of the historical significance. Prior to the landmark decision, law enforcement regularly questioned people in custody without warnings. Defendant Miranda in fact had been questioned for an extended period of time on charges involving rape. After significant coercion, he gave a confession that was used at trial against him in the State of Arizona. Mr. Miranda was found guilty. He thereafter appealed his case to the Supreme Court of Arizona... and lost. Finally, Defendant Miranda appealed to the United States Supreme Court (USSC). As a side-note, the USSC decision in Miranda was split 5 to 4. It was the USSC who set forth the “rights,” essentially ruling that law enforcement had a duty to advise or otherwise explain to people that they “have a right to remain silent.” Put simply, many people in 1966 did not know their Constitutional Rights, including the right to remain silent. Reasonable minds may differ on whether people charged with crime in 2014 know they can remain silent and that any statement they make can be used in court. In fact, one might reasonably argue the “Right to Remain Silent” or knowledge of “Miranda Rights” is so common, so well-known and so ingrained in popular culture than “warnings” are no longer needed. On the other hand, even after receiving oral and written notification of their rights, some still people feel they “had to” or “were required to give” a statement to police. As it pertains to Miranda Rights and DUI in North Carolina, that issue can become a bit cloudy. Indeed, one’s refusal to give a breath sample roadside with an Alcohol Screening Device “shall” be considered by law enforcement. Furthermore, the “refusal” to submit to more formalized testing, either by breath or blood, can be considered by the jury AGAINST the accused as evidence of guilt.

What Does “Custodial Interrogation” Mean?

A suspect’s statement is voluntary if it is “’the product of an essentially free and unconstrained choice by its maker.’” State v. Wilkerson, 363 N.C. 382 (quoting Culombe v. Connecticut, 367 U.S. 568 (1961)). A suspect’s statement is involuntary, or coerced, and therefore inadmissible under the Due Process Clause of the United States Constitution, when the suspect’s “will [is] overborne.” Dickerson v. United States, 530 U.S. 428 (2000). There are numerous factors to be considered in determining whether a confession is voluntary:

That is THE question. As stated previously, the answer is a sometimes less satisfying, "it depends." In fact, it depends on a series of factors. Legal counsel normally will ask as series of follow-up questions regarding the factual basis of a particular case to determine the applicability of Miranda. As set forth, the first two issues are:

The Miranda case does not serve as a blanket protection in every instance. For example, if someone has been arrested, police are generally allowed to ask personal, background questions such as the accused’s name, date of birth, address, etc. As it pertains to Miranda Rights and DUI in North Carolina, there are quite a few legal opinions that discuss “voluntary contact” or “voluntary questioning” and “non-custodial questioning.” The comedian Ron White has a great quote (and book) regarding Miranda, “I Had the Right to Remain Silent... But I Didn’t Have the Ability.” If someone gives statements AFTER being “Mirandized,” those statements may be admissible. And probably more common, if someone gives statements WITHOUT HAVING BEEN ASKED ANY QUESTIONS, even while under arrest, those statements may also be admissible. If someone has been formally charged, or if a “reasonable person would not feel free to leave” or terminate an encounter with law enforcement, Miranda MAY apply. It’s a complicated legal issue.

Does Miranda Require Dismissal of a Case?

Not necessarily. Involuntary statements will be excluded by the Court, including for the purpose of impeaching the accused, if they violate the Fifth Amendment. Another Arizona case in the United States Supreme Court entitled Mincey v. Arizona, 437 U.S. 385 (1978) stands for the precept that any use of a defendant’s involuntary statement is a denial of due process of the law and therefore inadmissible. If the case is based solely on statements made by the accused, a dismissal of charges would not be unexpected. On the other hand, the most common “penalty” under the Exclusionary Rule is the suppression of the offending statements. Regarding Miranda Rights and DUI in North Carolina, law enforcement can proceed with evidence other than what may be suppressed pursuant to Miranda. One’s involuntary confession of consumption of alcohol is not necessarily required to prove a violation of N.C.G.S. 20-138.1, the Impaired Driving Statute in North Carolina.

Please Call If You Have Questions

Attorney Bill Powers is available for consultation on issues in North Carolina involving DWI DUI and Impaired Driving. If there is a specific legal issue or inquiry, Mr. Powers would appreciate suggestions for topics.