Carolina Attorneys Ready
To Fight For Your Rights
Contact Us Now For a Free Consultation
If you need legal representation in North Carolina or South Carolina, the attorneys at Powers Law Firm are ready to provide sound, trusted legal guidance.

At Carolina Attorneys, we help people who are going through some of the greatest challenges that they will ever confront. We understand the stress that you are facing if you have been charged with a crime. North Carolina has harsh criminal laws. South Carolina criminal law can have long term consequences too. The penalties for a conviction can be severe, even if the charge is relatively minor. Our Charlotte criminal defense lawyers have substantial trial experience fighting for the rights of ordinary people in many areas of North Carolina and South Carolina. Carolina Attorneys also handles a wide range of other legal matters, including traffic violations, DWI and DUI charges, drug charges, and felony or misdemeanor criminal offenses in the Charlotte Metro Region and Rock Hill SC.

All crimes, including both felonies and misdemeanors, must be proven beyond a reasonable doubt. This is a tough standard to meet, which may give a defendant opportunities to fight a charge. However, not every potential strategy may be obvious to someone who is not experienced in handling these cases. At Carolina Attorneys, we have the knowledge, experience, and tenacity to investigate your case in detail and explore all of your options. It is important to retain an attorney as soon as you realize that you are being investigated. Sometimes hiring a criminal defense attorney in the Charlotte area or in the Rock Hill area early in the process can affect whether a prosecutor pursues charges.

The DUI laws in South Carolina are very specific and sometimes different from those in North Carolina. We are familiar with their nuances. For example, South Carolina uses certain presumptions and inferences that are based on a defendant’s blood alcohol content:

Both Carolinas prohibit drug possession, drug manufacturing, and drug distribution under their respective criminal laws. Our Charlotte criminal defense attorneys can help you fight any of these types of charges. There are six different schedules into which drugs fall, and these will determine the penalties upon a conviction. Schedule I drugs are considered by the state to be the most addictive and dangerous types of drugs, and they are always illegal to possess. Heroin and ecstasy are examples of Schedule I drugs. Drugs in schedules II, III, IV, and V are increasingly less likely to be used for abusive reasons, and they have more medical uses. These drugs may be legal under certain circumstances, such as use with a prescription. Schedule VI drugs include marijuana and substances related to marijuana.

North Carolina sex crimes encompass such offenses as child molestation, sexual battery, sexual exploitation of a minor, kidnapping of a minor, and rape. In North Carolina, for example, there are two degrees of rape. In first-degree rape, a perpetrator forces a victim to have non-consensual sex, and another circumstance is present, such as possession of a deadly weapon, a serious injury being inflicted, or the perpetrator being helped by one or more other people. In second-degree rape, a victim is forced to have non-consensual sex, but the victim is not able to give consent, due to incapacitation, mental disability, or physical helplessness. Consent is often a disputed issue in sex crime cases in either North Carolina or South Carolina, as is the credibility of the witnesses on each side. We understand the emotional complexities of the situations that may give rise to these types of charges.

Our Charlotte criminal defense lawyers also represent people accused of violent crimes, including assault, assault with a deadly weapon, domestic violence, stalking, kidnapping, robbery, and homicide. There are three misdemeanor types of assault and battery. However, if you assault someone with a deadly weapon and an intent to kill, or the assault results in a serious injury, you can be charged with a felony. In some cases, a defendant in North Carolina or South Carolina may be able to argue that they acted in self-defense, if the alleged victim actually instigated the incident. Or they may argue that they lacked the intent to commit the crime.

The penalties for traffic violations are less severe than for felonies or misdemeanors, but our criminal defense lawyers know that Charlotte residents and people in the Rock Hill area may face major problems if their ability to drive is constrained by traffic tickets. With some traffic tickets, you will need to go to court for a hearing. However, there are sometimes options to waive or to ask for an online dismissal or online reduction from the District Attorney's Office. We can help you try to keep points off your license and keep your insurance premiums down. If your license has been revoked or suspended, we can assist you with the reinstatement process as well.

We can represent spouses who need to move forward from a broken marriage. North Carolina is a “no-fault” divorce state. If you want to divorce in the state, you will need to be a resident who has separated from your spouse for a minimum of 12 months. Our family law attorneys can assist you not only with the main divorce proceeding but also with related matters, such as child custody and support arrangements.

If you have suffered serious injuries in an accident, you may need to bring a claim or lawsuit to help cover the resulting costs. Most personal injury lawsuits are brought under a theory of negligence. This means that an accident victim must prove that another person or business caused the accident because they failed to take reasonable precautions in the circumstances. For example, a truck driver may breach the duty to use reasonable care by failing to abide by the hours of service regulations and driving while overly fatigued, which may result in rear-ending a car.

Many drivers fail to take appropriate steps to avoid putting people around them at risk of harm. Most states allow the recovery of damages even if a plaintiff was partially at fault for a car accident. However, if your own actions contributed to a North Carolina accident in any way, you will be barred from recovering damages at all based on the harsh doctrine of contributory negligence. This makes it especially important to consult an attorney early in the case. We can investigate a car accident from your perspective and build evidence to defeat any assertion that you were at fault.

If you are charged with a crime in North Carolina or South Carolina, you should contact Carolina Attorneys. Serving people in the Rock Hill and Charlotte areas, our criminal defense attorneys also represent defendants in Gastonia, Statesville, Mooresville, Lincolnton, Monroe, Indian Trail, Fort Mill, Rock Hill, York, and other areas of Mecklenburg, Gaston, Iredell, Lincoln, Union, and York Counties. Call us at 877-462-3841 or contact us via our online form to set up an appointment.

Learn More
Practice Areas
View More
Videos
View More
Client Reviews
★★★★★
I am so fortunate to have had Bill Powers on my case. Upon our first meeting, Bill insisted that through the emotions of anger, sadness, confusion, and betrayal that I remain resilient. He was available to answer questions with researched, logical, truthful answers throughout our two year stretch together. I went to any lengths for my case because he won my trust almost immediately... J.R.
★★★★★
My daughter had a second DUI and when it all seemed hopeless, Bill was able to get the charges dropped. This is a man who is extremely knowledgeable, yet still keeps his integrity which was impressive to me. He handles himself with dignity. If you hire him, you will have the best of the best, along with his expansive intellect and wisdom about the law. Lisa
★★★★★
Bill Powers’ staff has handled several traffic citations for me over the years, and they exceeded my expectations each and every time. Would highly recommend anyone faced with a traffic citation or court case contact his office and they will handle it from there. M.C.
★★★★★
Bill and his staff are flat out great. I (unfortunately) was a repeat customer after a string of tickets. These guys not only took care of the initial ticket for me, but went the extra mile and reduced my problems from 3 to just 1 (very minor one) on the same day I called back! I would recommend them to anyone. A.R.
View More
Submit a Law Firm Client Review
Awards & Recognition 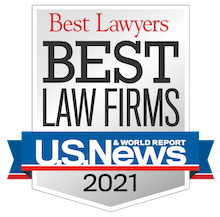 Inclusion in Best Lawyers is based entirely on peer review. Best Lawyers employs a survey process designed to capture, as accurately as possible, the consensus opinion of leading lawyers about the professional abilities of their colleagues within the same geographical area and legal practice area. 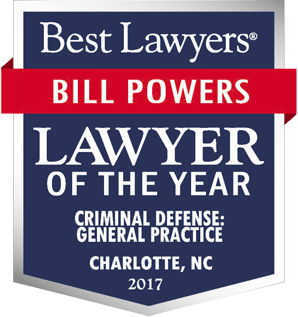 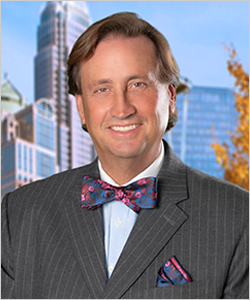 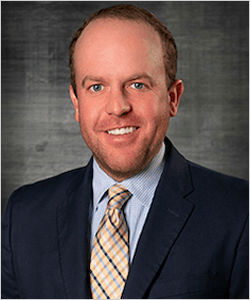 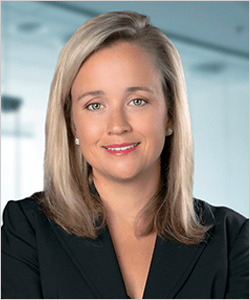