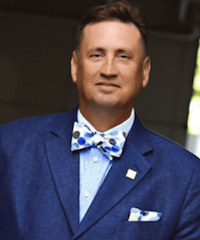 A Committed, Compassionate Champion for Justice

Bill Powers, a Charlotte NC criminal defense lawyer, is known as a polite, yet hard-nosed veteran of the courtroom. “Make no mistake, justice is a battle. My goal is to fight to the best of my abilities, while also being courteous to my opponent,” Powers says. “It's something I work on every day.”

The criminal laws in North Carolina continue to evolve, and so does North Carolina attorney Bill Powers and his Charlotte NC law firm. It doesn't matter the town, county, or jurisdiction – N.C. law is the same. There is no substitute for experience, dedication, hard work, and compassion when it comes to the practice of law.

The state of North Carolina is wonderful. “I love traveling to different jurisdictions, working with all sorts of lawyers, judges, prosecutors, and court personnel,” says Mr. Powers. “It's a rush to walk into a new jurisdiction for the first time. I can think of no more fulfilling way to practice law.”

Our North Carolina law firm has two convenient North Carolina locations, and one in Rock Hill, South Carolina. “While we may focus on the Charlotte Metro region and surrounding counties, I have no problem traveling near-and-far to help people. Sometimes a fresh look and different perspective is just what's needed in court.”

Bill Powers adds, “I have practiced law and tried cases in many jurisdictions throughout North Carolina. I don't worry about local politics or personalities. I try my cases based on the law and facts. The law is the same in Murphy as it is in Manteo.”

A NC Criminal Lawyer and a Teacher

Mr. Powers makes a point to share what he knows. “One of the more rewarding aspects of my professional life is helping other North Carolina defense attorneys. I don't believe in hiding information or experiences.” Though he spends most of his time in the courtroom, Mr. Powers keeps up in the classroom, too. “The best way to learn is to teach. Helping explain the law and courtroom techniques forces me to be on the forefront of law and legal issues. There is always room to learn and become a better courtroom lawyer.”

A Passion for His Clients and Their Lives

Bill Powers views his job as an opportunity to counsel clients through difficult times. “My passion is to help people, not judge them,” he says. =”I take my responsibilities seriously. People trust me with their worries, concerns, and lives. I absolutely must be there for them.” It's that simple.

A Leader in the North Carolina Legal Community

Bill was elected President of the North Carolina Advocates for Justice, serving in that position during 2016 – 2017. “It blows me away to be selected as President of NCAJ by my peers. It has been an incredible honor to serve,” Powers says. “The wisest professional decision I ever made was to join the North Carolina Advocates for Justice. One cannot practice law in a vacuum. You must engage.”

Charlotte criminal defense attorney Bill Powers has been named by Super Lawyers for 12 straight years, which covers being listed from 2007 to 2018.

Bill Powers is also listed individually within the publication The Best Lawyers in America 2017 under General Practice, for his work in DUI/DWI Defense and as a Charlotte criminal defense attorney.

Bill is the Immediate Past President of the North Carolina Advocates for Justice. NC Attorney Bill Powers has also been listed in Business North Carolina Magazine, Legal Elite 2018.

After passing the North Carolina Bar exam, Bill was admitted to the NC Bar Association in 1992.