When a person fails to adhere to the rules (e.g., goes faster than the posted speed limit), the traffic ticket is often called a "moving violation." It is important to note that NOT ALL TRAFFIC TICKETS IN NC ARE MOVING VIOLATIONS. In North Carolina, these acts of careless driving also are called a violation of the "rules of the road."

An Improper Equipment or "IE" in North Carolina is often referred to as a "non-moving violation" because it may not always carry points, insurance points, or motor vehicle points. The NC Traffic Laws have changed over the years, authorizing an Improper Equipment for certain speeding citations or tickets.

In fact, being found "Responsible" of the Infraction Improper Equipment may show operation of a vehicle.

"DMV may see it as a moving violation, because IE would indicate operation of a motor vehicle. When it comes to DMV license restoration hearings in North Carolina, that can be a big deal. It can be a problem if your license is revoked or suspended and you are not supposed to be driving in North Carolina." Bill Powers, Traffic Lawyer

Numerous Traffic Infractions Exist in North Carolina - What Is a Non-Moving Violation?

It can get complicated. That’s why it helps to have an experienced North Carolina lawyer. Non-moving violations do not carry NC DMV License Points and include, but are not limited to:

Over the last couple of decades, word has spread nationwide about how tough North Carolina traffic laws can be, in terms of triggering a license suspension. When Dan Aykroyd was pulled over in 1989 for speeding and taken before a judge to post bond for a future court date, the story made national news, since he was coming from the movie set of " Driving Miss Daisy" in Atlanta.

Like many other jurisdictions, our state's reckless driving law is a misdemeanor. Careless and reckless violations (under NC laws) are normally categorized as Class 2 misdemeanors.

A reckless driving charge can also be a predicate offense that will support a felony indictment, under N.C.G.S.A. § 14-32 assault with deadly weapon with intent to kill or inflicting serious injury, when severe bodily injury or death is caused by reckless driving in NC.

Don’t wait to hire a criminal defense lawyer until just before your court date for your traffic offense. 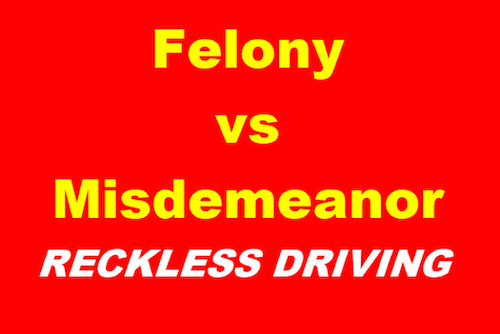 Under the NC rules of the road, reckless driving NC is defined as follows:

What Types of Driving Conduct Supports a Reckless Driving Charge in NC?

Significantly, because these descriptions of driving conduct leading to a reckless driving ticket can overlap, if a driver violates the laws as set forth under both Part A and B, above, only one NC reckless driving offense is thereby committed, not two separate offenses.

The criminal defense attorneys from Powers Law Firm PA are here to help you avoid the consequences of being charged with reckless driving in NC. Take the time to get your FREE lawyer consultation, to see what can be done to protect you against suffering a license suspension. Call us at 877-462-3841. Here are our two Charlotte Criminal Lawyer office locations.