How to Handle Your Criminal Domestic Charges in Charlotte NC 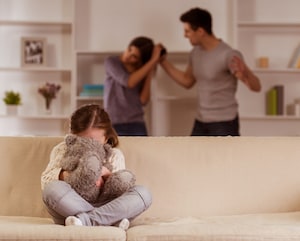 Domestic violence charges in Charlotte NC, for both felony or misdemeanor allegations, are something our law office sees on a daily basis. They are common criminal charges and may include things like:

“Many people don’t realize how complex the legal system can be in Charlotte, thinking they can just ‘show up to court and explain what happened.’ When it comes to criminal defense, it makes sense to consult with a criminal defense lawyer in NC.”
- Bill Powers

Our criminal defense law firm in Charlotte helps people with domestic violence cases. What some clients don’t realize is that there is often more going on than what you might realize. Domestic violence charges often involve both criminal charges and some sort of involvement of the civil justice system for things like a 50B restraining order.

Some defense lawyers and law firms limit legal representation to just the criminal charges. Other firms focus on protective order and family law legal issues. At our law office, we do both. We help people both with the criminal charges and with restraining orders in North Carolina.

Normally if someone is asking a judge in NC to issue a restraining order, it doesn’t matter if it involves family or domestic violence allegations, a “50B Order,” or some other form of restraining order between acquaintances, co-workers or even strangers. There needs to be some level of proof that the accused person constitutes a danger or is harassing or embarrassing the victims.

Clients facing criminal charges do not always understand the full consequences of a restraining order. In fact, if it involves domestic violence allegations, a child in common, a prior sexual or romantic relationship, the Court has a LARGE amount of discretion in determining things like who maintains the residence, child visitation, financial support, and other terms and conditions of a protective order.

Do I Need a Lawyer for Domestic Violence Charges?

You can always serve as your own defense lawyer, both for criminal charges or for allegations of domestic violence. That may not be a good idea, especially given the possibility of things like jail, probation, community service, alcohol treatment, mental health treatments, court costs, fines, and other conditions of a conviction.

Potential clients sometimes call our law office in Charlotte NC (we have two convenient locations in Charlotte and one in Rock Hill SC for criminal charges) and ask, “Why do I have two court dates for domestic violence charges?” They may not realize they could be facing both criminal charges and allegations of civil domestic violence or a protective order. It’s also possible there is more than one court date for criminal charges in NC if the case involves allegations of felony charges.

That means there may be things like an “initial appearance” or “video arraignment,” followed by a bond hearing and a probable cause hearing in NC. Thereafter if the criminal charges are a felony vs. misdemeanor, there may be another court appearance in Superior Court.

The smart thing to do is sit down and talk with an experienced criminal defense lawyer in Charlotte NC. Our law office provides a FREE CONSULTATION for criminal charges in North Carolina to determine if legal representation makes sense. Call now: 877-462-3841 to speak with NBTA / NBLSC Criminal Law Specialist Bill Powers.

To speak with a criminal defense lawyer for criminal charges in Rock Hill SC call: 877-462-3841. You may also reach Chris at either of our two convenient Charlotte NC office locations by calling: 877-462-3841

Protective Orders and Restraining Orders, under North Carolina General Statute 50B or 50B, are civil complaints, which means you are not arrested for them like you would be for criminal charges. That means the rules of civil procedure apply for NC restraining orders. It is also possible to be served with a Motion for Protective Order while in the custody of the Sheriff, in jail, waiting to bond out or go to court for the related, but technically separate legal proceedings for criminal charges.

What’s more, a violation of Protective Orders in NC can result in criminal charges. Failing to follow a Court Order for a 50B “violation” also has the potential for Contempt of Court. Violating 50B protective orders are serious criminal charges in North Carolina. If you or a loved one is facing this type of criminal case there may be complications getting them out of jail on bond.

In some instances, the NC criminal laws require additional periods in jail and special conditions of release on bail.

If a victim has applied for a Motion for Protective Order, which is different than criminal charges for violating a protective order, there may be a TRO, which stands for Temporary Restraining Order. That means the victim applies for protection against the person facing allegations of domestic violence or some other allegation involving assault, assault and battery, harassment, or embarrassment.

Temporary Restraining Orders in NC are often obtained ex parte, where the victim petitions for a protection order filing a Motion for Protective Order and the Court, based on a review of the supporting documentation may Order you to stay away from the victim.

Thereafter a formal hearing date is set, where proper notice of the Motion for Protective Order is provided. The temporary restraining order TRO stays in full effect until a complete, more thorough hearing is held in civil court to determine whether it’s appropriate to extend a restraining order or domestic violence restraining order in NC.

Violating a temporary restraining order or protective order in NC can result in criminal charges. In some instances, a criminal summons may be issued.

If you are facing criminal charges in Charlotte NC, especially if those criminal charges are coupled with allegations of Domestic Violence or a restraint order or protective order, it makes sense to seek legal representation. Your defense lawyer should be experienced with both types of cases - civil and criminal - in North Carolina.

Domestic violence cases in North Carolina may involve more than a damaged relationship or living arrangement. In fact, allegations for those criminal charges also may affect children. It’s normal for clients to be anxious about the potential long-term consequences, which can include more than jail or probation in NC.

Bill Powers provides a FREE CONSULTATION for criminal charges in Charlotte, and also for the related civil allegations of domestic violence or when people face a Motion for Protective Order. We want to begin work immediately on your cases, in that such criminal charges often require investigation into the background aspects of the case.

Call Bill Powers NOW for a confidential consultation: 877-462-3841. If you need legal representation in York SC our law office has a convenient location in Rock Hill, South Carolina.