A fight or physical confrontation that gets out of control or even a false accusation of assault and battery could develop into criminal charges. Being convicted can end certain career plans, and (if a felony assault) can follow you and hamper your quest for employment for years to come. Even misdemeanor battery or assault charges can interfere with many employment opportunities.

Felony or Misdemeanor Assault or Battery

At Powers Law Firm, our North Carolina domestic violence defense lawyers understand what it is like for those accused of battery in Mecklenburg County, North Carolina, or assault, whether accused as a felony or misdemeanor. From watching television police shows like “Law and Order,” most people know that aggravated assault is a felony.

Our criminal defense attorneys use our legal training and courtroom experience to develop a defense strategy for you. It is highly important to take action immediately when you have been accused of family violence, assault, simple battery, or any similar, related charges regarding personal injury from a physical confrontation or fight.

The Most Common Offenses: Simple Assault and Family Battery

By far, the crime of simple assault is the most common crime of this type in NC. This happens between strangers, or can occur with family members or friends, especially when alcohol is involved. However, domestic battery or family violence are also a common crime that occurs between family members, and alcohol is also a common factor in a substantial percentage of these cases.

Being accused of assault and battery can be confusing or overwhelming. The right legal representation often proves a valuable asset to anyone defending themselves against these serious crimes. There are three misdemeanor assault and battery crimes in North Carolina. These include:

Memories Fade and Details are Lost With the Passage of Time

No matter how the battery charge or assault charge started or ended, an accused citizen can benefit from the guidance provided by a Charlotte NC criminal defense lawyer. Walking through the basics of the battery or assault allegations and gathering evidence EARLY IN THE CASE helps protect your interests. Details will be lost by waiting to see a criminal attorney in Charlotte NC.

Even before meeting with a Charlotte criminal defense attorney, while the facts of the case are still fresh in your mind, write down your chronological account of how things transpired. Your criminal lawyer may be able to identify mistakes made by the police that may later result in the felony being reduced or dropped entirely. For this to happen, getting your legal counsel and investigators started in gathering key evidence can make a huge difference.

Worrying about your future when you’ve been accused of assault is natural. The police are not necessarily looking out for you and the only person who may be in your corner is your Charlotte assault defense lawyer. This is a person you need to hire as soon as possible. Your lawyer will play an important role in helping to protect your freedom and your reputation, so it should be someone you trust.

In the majority of cases, assault and battery, assault and affray are categorized as class 2 misdemeanors. This means that the victim has suffered minor injuries. When there are no prior convictions, a defendant may be eligible to receive probation and a sentence of between one and three days in jail. However, the consequences can be higher if there are previous convictions on the person’s record.

This sentence could even be as long as 60 days and a judge can impose fines of up to $1,000. However, North Carolina may more seriously punish some offenses in several situations. These include cases in which personal injury occurs, and the accused used a deadly weapon, or engaged in an act of domestic violence, or inflicted serious injury, engaged in sexual battery, attacked any sports officials and similar aggressive offenses against certain categories of victims that have been given special statutory protection by the NC Legislature.

Since there’s so much on the line for you based on how your crime is classified, your attorney should be brought into the fold early on to clarify this information and to help you figure out next steps. The more charges or allegations involved, the more important it is that you have an aggressive attorney uncovering every opportunity to fight for you.

A class A-1 misdemeanor charge may apply if an assault inflicts serious injury. This refers to any injury that might need medical attention. This broad category can be confusing for someone accused of assault who believes that an alleged victim is blowing things out of proportion.

Any item that might be used to kill someone can lead to an assault with a deadly weapon charge as a class A-1 misdemeanor, under NC criminal law. Some of the most common types of weapons used in these charges are knives and guns, but even a hair brush can be considered a weapon for a simple battery case. A person can be found guilty of a class of physical confrontation offenses, as better described within this page.

Another class A-1 assault and battery misdemeanor in North Carolina allegation against a person who commits domestic violence. Domestic violence charges occur when an assault occurs in front of a minor child. North Carolina assault laws require that the minor must have been in a place to observe the assault resulting in family violence.

For family battery or assault offenses, the term “personal relationship” is a crucial component of these allegations. This is defined to include children, spouses, former spouses, stepparents, stepchildren, or individuals living together as a family and grandchildren. In the major metropolitan cities like Charlotte NC, domestic violence by same sex domestic partners is on the rise.

The class A-1 misdemeanor sexual battery refers to any physical contact or sexual contact carried out for sexual purposes by force and against the victim’s will. This also refers to any contact of a sexual nature with a victim who is physically helpless, incapacitated or mentally disabled.

The North Carolina Legislature writes all laws for all crimes in NC. Thus, under certain specified types of criminal offenses, the severity of some battery offenses can be elevated from the basic status to more serious charges, warranting punishment as a class A-1 misdemeanor. Remember that North Carolina criminal laws also cover attempted battery. These special statutory provisions apply if the victim is:

Assaulting any sports official during the course of a sports event is a class 1 misdemeanor in North Carolina. Sports officials include umpires, referees and coaches. A “game” is any organized sporting event including little league and professional sports. These broad, sweeping statutory enactments are designed to deter acting out at an event in which vulnerable and impressionable children may be traumatized. 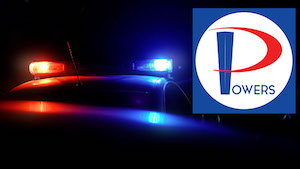 Class A-1 misdemeanors are typically punished by supervised probation, a jail sentence of up to 60 days or probation. A judge can additionally impose a fine at his or her discretion. The sentence can be increased up to 150 days of prison time if there are prior convictions. A class 1 misdemeanor is punished by between 1 and 45 days in jail and probation.

The sentence can also be up to 120 days behind bars if the defendant has previous convictions on his or her record, and a fine can be imposed at the court’s discretion. An assault conviction could lead to time in jail or probation depending on the circumstances of your case. But regardless of the type of charges you are facing, the right Charlotte defense attorney can make a big difference in your ability to successfully defend yourself and put this issue behind you.

Do not hesitate to get help from a knowledgeable North Carolina domestic violence attorney in the Charlotte, Mecklenburg County NC area immediately. Our law office is set up to take quick action on charges of this nature, because gathering evidence and witness information can be vital to defending our clients. Remember that all statements to our criminal lawyers are protected by the attorney-client relationship, including the FREE initial lawyer consultation.

Do not delay in meeting with a Charlotte domestic violence lawyer from our law office. Since our Charlotte attorneys offer you an initial consult, FREE of charge, why not call us NOW? Our Charlotte NC telephone number is 877-462-3841.

The Lawyer Consultation is FREE. Our domestic violence lawyers give you straight answers about your case. Our defense attorneys will tell you if we think we can help you. Since our meeting is confidential, the attorneys at our law firm hope to hear from you.