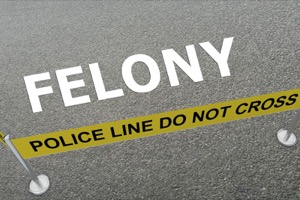 Allegations of domestic violence in North Carolina can result in felony or misdemeanor charges, depending on the factual basis of the case. Misdemeanor charges may include things like simple assault, assault and battery, Assault on a Female, and communicating threats.

There are also other, even more serious felony charges involving violations of the NC criminal laws such as felony strangulation, felonious restraint, felony assault inflicting serious injury, felony child abuse, and historically under the Common Law of North Carolina, “kidnapping.”

Kidnapping charges are now specifically defined in the North Carolina Criminal Laws under Article 10 of Chapter 14 “Kidnapping and Abduction” and N.C.G.S. § 14-39 (Kidnapping).

“Felonious restraint charges in North Carolina are serious, categorized under N.C.G.S. as a Class F Felony. The maximum punishment is between 33 and 49 months in the NC Department of Adult Corrections or what defense lawyers refer to as ‘DAC’” – Bill Powers, NBTA Board-Certified Criminal Law Specialist.

What is Felonious Restraint in North Carolina?

Felony restraint charges also may be applicable to instances where the alleged victim is less than 16 years old and the legal guardian (or parent) does not give consent to restrain the person.

Felonious restraint of a child in North Carolina carries an additional element of the offense crime, requiring the accused to “transport” the victim by moving them in a “conveyance” or a motor vehicle from the initial location of the restraint. That “transportation” may prove to be minimal in NC.

The statutory restriction against felonious restraint is considered a lesser included offense of Common Law kidnapping in North Carolina. Kidnappings are extraordinarily serious criminal charges in North Carolina, and may, in certain circumstances, carry punishment under the NC Felony Sentencing Guidelines as a Class C Felony.

How Does the State Prove Felonious Restraint in NC? 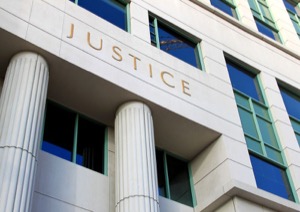 There are two general ways to prove the criminal charges. The State bears the Burden of Proof for each and every element of Felonious Restraint Beyond a Reasonable Doubt.

Proof Beyond a Reasonable Doubt is the highest standard of proof in North Carolina and applies to criminal charges, both misdemeanor and felony charges.

For example, “further acts of violence” as prohibited under a validly issued 50B Order in North Carolina, may include new allegations of stalking, harassment, assault charges like communicating threats, Assault on a Female and simple assault, injury to personal property, and interference with emergency communications.

While a 50B Order is a civil court matter, criminal charges, in addition to any punishment subject to Contempt of Court (either criminal or civil contempt in North Carolina), are possible for willful violations of restraining orders put in place to address “domestic violence.” There are also felony criminal charges in North Carolina under Chapter 14: Criminal Laws for intentionally violating a child custody order.

N.C.G.S. § 14-320.1 prohibits transporting children outside North Carolina for the purpose of intentionally violating a custody order.

Intentionally violating a custody order in North Carolina or other Federal Order awarding Child Custody in NC, may amount to a Class I Felony and carries with it a maximum period of incarceration of 10 to 21 months in the NC DAC (the NC Department of Adult Corrections).

Removing a child subject to a NC custody order from the State of North Carolina (“outside the limits of the state”) more than 72 hours may serve as sufficient legal grounds to bring criminal charges and otherwise indicate the willful intent to violate the Court’s Child Custody Order.

Under N.C.G.S. § 14-41 it is illegal to abduct or induce any minor child (at least four years younger in age than the accused) to leave any parent, person, legal institution, or agency entitled under the law to the child’s placement, care, or legal custody.

Abduction of a Child is a Class F Felony in North Carolina and may result in a maximum period of incarceration of 33 months to 49 months in the NC Department of Adult Corrections (DAC). The NC Child Abduction laws do NOT apply to “public officers” such as DSS Department of Social Services, Child Protective Services, Police Officers, or public employees “in the performance of (their) duty.”

Should I Hire a Criminal Defense Lawyer? Can Lawyers Near Me Help?

As stated, allegations of criminal charges involving domestic violence can be extremely serious, carrying the potential long-term consequences (and prison terms in DAC). Under the NC Kidnapping Laws, depending on the type of kidnapping charges (there are two in North Carolina), punishments can prove to be more severe than armed robbery.

As North Carolina domestic violence defense lawyers we believe it is in your best interests to seek legal representation, and the protections afforded under attorney-client privilege, prior to speaking to any law enforcement officer or waiving your constitutional rights to legal counsel, the right to remain silent, Miranda Warnings, or other legal protections under the NC criminal laws.

Put simply, you have the right to remain silent. Exercise that right.