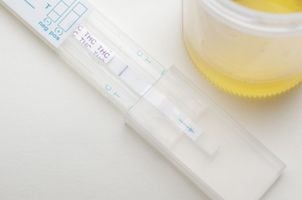 If convicted of criminal charges in North Carolina, whether by a guilty plea or after a trial, one option for the sentencing judge may include probation as part of a suspended sentence.

While probation is clearly better than doing active time in the Mecklenburg County Jail or in prison, there are conditions of probation.

“Probation can be downright hard, if not frustrating at times. There aren’t a lot of ‘second chances’ given. It's by no means a walk in the park.”

What does “Probation” Mean?

Probation comes from the Latin word “Probare.” It means to test or to prove.

That’s as good of a term as any, as probation most certainly is a type of test where one must prove themselves.

Probation and probationary terms are part-and-parcel of the NC Criminal Laws, particularly those involving sentencing as part of an entry of a Judgment and Commitment (sentencing).

While the specific terms and conditions of probation may vary between felony vs misdemeanor charges, there are some basic aspects that are important to understand.

North Carolina General Statute § 15A-1343 - Conditions of probation sets forth the general purpose of probation, that is:

With that mandate, coupled with the threat of being sent to jail or prison for willfully violating probation, the Court can impose a strict set of rules.

In the past, some people on probation decided, “I’ll just do the active time and be done with probation.”

Defense lawyers would “withdraw consent” to being on probation and ask for the “time to be activated.”

That too has changed, where the terms of probation may be modified, including an imposition of some jail time only to be followed with an extended period of probation.

What is Probation in North Carolina?

Upon being found guilty after a bench-trial or trial by jury, or upon a plea of guilty, Judges in North Carolina impose a “sentence.”

That is formally referred to as a Judgment and Commitment in North Carolina.

Depending on the type of charge (felony vs misdemeanor), there are different judgments (sentences) that may be imposed.

As such, felony criminal charges in North Carolina are sentencing according to the NC Felony Punishment Chart.

Misdemeanor criminal charges are subject to the misdemeanor punishment chart.

While there are certain similarities, there are also important differences between the way felonies and misdemeanors are handled in court.

One commonality is the calculation of a “PRL” or Prior Record Level of the person convicted of criminal charges.

That is done pursuant to a points system of sorts, where evidence of convictions, and the number of convictions for prior criminal charges, are presented to the Court as evidence during the sentencing hearing.

The State (the prosecutor) bears the Burden of Proof to prove the existence of prior criminal convictions.

As such, the Assistant District Attorney or “ADA” must present evidence Beyond a Reasonable Doubt of prior convictions.

In North Carolina, certain out-of-state and federal convictions may be considered as part of sentencing.

The Court is given three general options for sentencing:

In imposing a sentence, the Court (the judge) may “suspend” an active term of imprisonment, when legally and factually appropriate, placing the convicted defendant on probation.

The length of time on probation, including the conditions of probation, are subject to a tremendous amount of discretion by the sentencing Judge.

There are different types of probation in North Carolina, including:

Unsupervised probation is generally considered the minimum level or type of probation. It requires little, if any formal reporting to a probation officer.

In fact, a probation officer is not formally assigned as part of unsupervised probation in North Carolina.

The Court may require you to “remain of good behavior and not violate any laws of the State.”

Unsupervised probation in Charlotte may also involve keeping representatives of the “post judgment center” apprised of Court Ordered compliance with things such as Community Service, Alcohol/Drug Screening and Treatment, and payment of Court Costs and Fines.

If you don’t do what the Judge Orders as part of unsupervised probation, you can be arrested and the active jail or prison term may be imposed in the appropriate legal circumstances.

Regular supervised probation requires reporting to and visiting a “PO” (probation officer) on a regular basis.

With supervised probation, the probation officer confirms compliance with the Court’s Order, requiring proof of:

As part of a suspended term, and a common condition of supervised probation, a Search Warrant may not be required to search you, your house, and/or your car.

Probation Officers in Charlotte (and throughout NC) are employees of the North Carolina Department of Public Safety, Division of Adult Correction and Juvenile Justice.

Intensive probation is an alternative to a straight active term of imprisonment and may include house arrest, electronic monitoring, and daily interaction with your probation officer, together with the other Regular Conditions of Probation such as:

What Causes a Probation Violation?

What Happens if You Violate Probation?

“Failure to comply with the Court’s Order (judgment) is supposed to result in a swift response, which may main mean getting served with a Probation Violation and getting ‘locked-up’.”

If found in Willful Violation of Probation, after a Probation Violation Hearing, the Court may impose addition conditions such as: 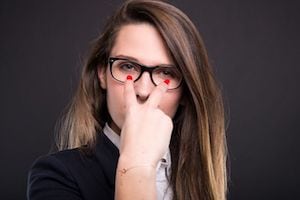 Our team of Charlotte criminal defense attorneys are courtroom lawyers, experienced handling allegations of criminal charges, probation violations, and Motions to Modify the terms and conditions of probation.

If you have been served with a “Probation Violation” the Court may issue a Judgment and Commitment Upon Revocation of Probation – Misdemeanor or Felony.

“We strongly recommend you immediately retain legal representation for Probation Violations. Going to Court by yourself, while legal, can be problematic.”