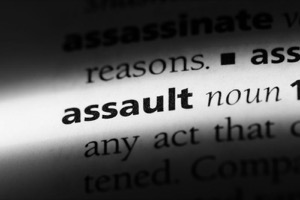 Strangulation charges in North Carolina are serious criminal offenses and are often associated with allegations of Domestic Violence, Assault on a Female, Communicating Threats, Injury to Personal Property, and Interference with 911 Communications. The distinction between felony vs misdemeanor charges can be a matter of degree and level of injury.

“One potential area for confusion is the technically improper, yet unfortunate historical use of the word ‘assault,’ to describe a very serious felony battery in North Carolina. An assault involving strangulation or one that results in any form of bodily injury is, by its very nature, most assuredly a battery offense”. – Bill Powers, NC Criminal Defense Attorney

What Is Assault in North Carolina? What Is Battery? Is There a Difference?

Using the word “assault” to describe a battery in North Carolina is common among the general public. It’s not unusual to hear people refer to such criminal offenses as “assault and battery.” Rather than clarify the legal issue, the North Carolina General Assembly, in the NC Criminal Laws, utilizes the terms assault, battery, and assault and battery, synonymously. Our courts have similarly done so in legal opinions (rulings by the NC Courts of Appeals) and in legal treatises explaining criminal laws, dating back to the mid 19th century.

Legal authority for battery and assault charges in North Carolina comes from something called the Common Law. North Carolina, one of the first 13 Colonies in the New World, still recognizes (in part) aspects of British Law called “common law” (the laws assumed to be commonly understood by everyone in society).

Common law offenses were violations of the British criminal law, as applied to the British-American Colonies, and were established entirely by Courts. Common Law criminal charges are not part of the codification of criminal laws by statute or act of a legislative body.

North Carolina, when first founded, was considered part of Great Britain and as such, the common laws of Britain were the “law of the land.”

Some of the more well-known British Common Law offenses include: 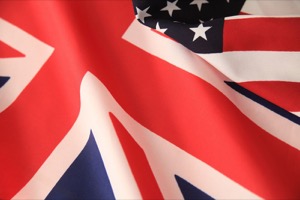 An example of a Common Law offense that is referenced within North Carolina Chapter 14: Criminal Law of the General Statutes,but not formally defined by statute, is Assault.

In an 1840 criminal case called North Carolina v. Davis, the North Carolina Supreme Court defined assault as, “An intentional attempt, by violence, to do injury to the person of another.” See: State v. Davis, 23 N.C. 125 (1840).

There must be intention to assault in North Carolina. An assault is an intentional attempt, by violence, to do an injury to the person of another. Put simply, “Intention as well as the act makes an assault.” 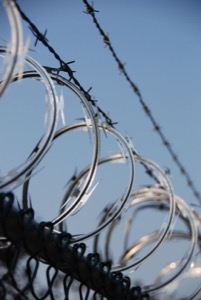 Both definitions would likely be deemed proper statements of the law, despite minor differences in language and text.

Jurors, prior to deciding innocence or guilt in North Carolina (Not Guilty or Guilty) are instructed by the Court, “A battery is an assault whereby any force, however slight, is applied, directly or indirectly, to another.” N.C. Pattern Jury Instructions—Crim. 208.41.

The North Carolina Crimes book attempts to clarify the confusion regarding the nomenclature for NC assault charges and allegations of battery this way:

The statutes use the terms “assault” and “battery” interchangeably, often using “assault” for acts that involve a striking (such as assault inflicting serious injury). For simplicity, “assault,” as used in this book, includes battery.

To be found guilty of Assault Inflicting Serious Injury by Strangulation, the State of North Carolina must prove Beyond a Reasonable Doubt:

The North Carolina Criminal Laws draw a distinction between Serious Bodily Injury and Physical Injury, with the differences in punishment being substantial. The former is a Class F Felony and the latter is a Class H Felony in North Carolina.

Physical Injury is a bit more difficult to understand, if not confusing. Under § 14-318.4 Child abuse a felony “Serious physical injury” is defined as an injury that “causes great pain and suffering” including “serious mental injury.”

Reasonable minds may differ in acknowledging whether there is indeed a difference.

The Dixon Court appears to focus on those injuries that may be “life-threatening, prolonged, or permanent” in defining Serious Bodily Injury. And a Serious Physical Injury is, “less permanent or life-threatening injuries.”

Experienced criminal defense attorneys would be remiss in failing to call attention to what might be accurately described as a statute that is overly broad and vague. Is it possible for a Physical Injury not to be a Bodily Injury?