*For additional information regarding the criterion for inclusion or membership for lawyer associations, awards, & certifications click image for link.
Home
Practice Areas
Criminal Defense
If I Get in Trouble While on Probation What Happens?

If I Get in Trouble While on Probation What Happens?

Can a Charlotte Criminal Lawyer or my PO Help? Will My Probation be Terminated? Will I go to Jail? If I get in Trouble While on Probation What Happens?

Probation violations in NC should be taken seriously. They can result in the revocation of probation, and activation of a suspended term in prison or jail time.
– Bill Powers, Charlotte Criminal Defense Attorney

Throughout probation in North Carolina or period of supervision as part of a suspended sentence for criminal charges, a person who is on probation must follow or otherwise strictly comply with the conditions Ordered by the Court. It does not matter if probation comes from felony or misdemeanor criminal charges.

Probation officers and your “PO” possess a tremendous amount of discretion with supervised probation in North Carolina. They are charged with the responsibility of making sure you do the things ordered of you.

Determining Your Needs for Criminal Charges

One of the first and most important conditions is to stay out of criminal trouble. Experienced criminal defense lawyers often tell clients, “Don’t pick up any new criminal charges.”

A Probation Violation is normally the failure to meet any of the conditions set by the Court. Missing even one of your requirements can result in the Judge taking further action against you, which may include things like an extension of probation or activating your suspended sentence. That means the possibility of jail or prison in North Carolina.

MORE INFO: What Are the Top 3 Things to Do if Arrested for Criminal Charges in North Carolina?

Conditions of a suspended, probationary term may include:

How Does Sentencing Work Under the North Carolina Criminal Laws?

The Court may impose probation necessary to ensure the defendant will lead a law-abiding life – N.C.G.S. 15A-1343 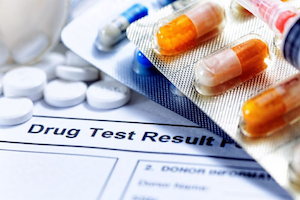 Within the Sentencing Guidelines regarding the imposition of a Community Punishment or Intermediate Sentence, the Court is given a large amount of discretion in setting forth the terms and conditions of probation. Put simply, NC Judges get to decide how to punish you for criminal charges and what you will need to do to make amends.

The North Carolina General Assembly, through the North Carolina criminal laws under NCGA Chapter 15A entitled “Article 82 - Probation,” authorizes a sentencing Judge to put conditions in place that “assist” the convicted person in leading a “law-abiding life” that the Court may deem “reasonably necessary.”

It is important to note Structured Sentencing requires an analysis by the sentencing Court of the type of the offense in North Carolina, depending of the level of the allegations, felony or misdemeanor criminal charges in NC, the prior criminal record of the offender, and the consequences to the community and victim(s).

It can be difficult to understand the NC probation laws, especially for people with little prior experience with criminal court in North Carolina.

“Sometimes people facing allegations of criminal charges fail to understand the severity of the offense or what they’re facing if convicted of either felony or misdemeanor charges. I think it’s fair to say, the Judge is in charge, not you.”
Bill Powers 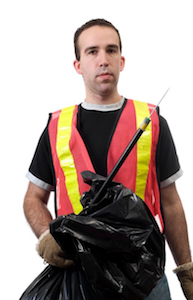 It is also important to understand that there is a difference between Felony and Misdemeanor charges as it pertains to sentencing in North Carolina. For example, possession of marijuana charges in NC can be felony or misdemeanor, depending on the amount of marijuana seized, and the nature and circumstances of the arrest. 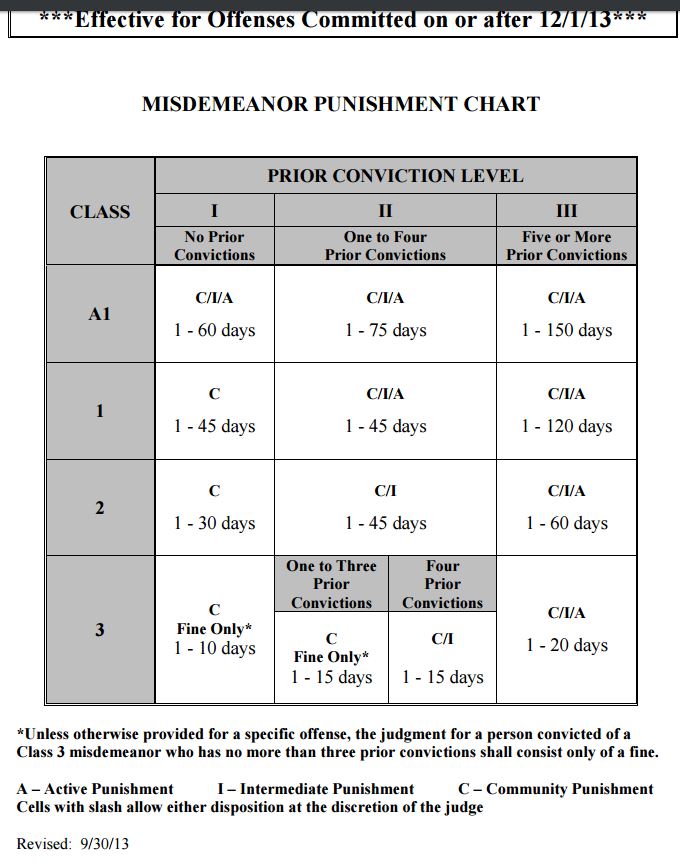 Driving While Impaired DWI DUI Sentencing in North Carolina, while often a misdemeanor, is sentenced “off-grid,” consistent with the provisions on N.C.G.S. 20-179.

What Is the Difference between Supervised and Unsupervised Probation in NC?

A Probation Officer, sometimes referred to by people as a “PO,” is assigned to the case and makes regular reports back to the Court regarding how the “Probationer” is progressing with the supervision and the terms and conditions of probation in North Carolina.

Click to See Full Image
What is a Probation Violation, and can you be Arrested?

An Order for Arrest (OFA) may be issued for a Violation of Probation:

Probation officers also have power granted to them known as “delegated authority” which allows them to impose certain regulations and rules on their probationer without needing specific consent from the Court. 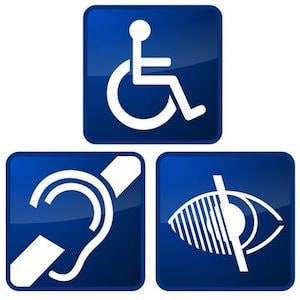 Hi, there. Charlotte criminal lawyer Bill Powers here. Our attorneys in Charlotte occasionally see email questions that are posted on different listservs and one of the things I like to do is answer these real-world questions. In doing this, our attorneys in North Carolina can provide some real-world legal experience to them.

These frequently asked questions are not from an existing client, nor do our lawyers typically even know the person’s name who posted the query. The question comes from a person who has posted on a general listserv in North Carolina. It may say, “I am on probation for a larceny charge. I received a new charge. Was convicted. Can a lawyer and my PO,” (which is a popular acronym for “probation officer”), “help keep me out of jail?” 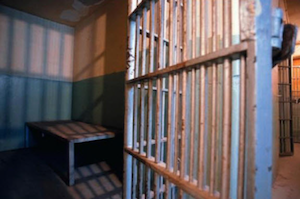 So, different levels or types of probation in North Carolina. Plus, it is important to understand that I’m speaking about North Carolina state probation as opposed to federal probation. Let’s assume that you’re on regular, supervised probation in North Carolina. You’re not on intensive probation. You don’t have quite the level of unsupervised probation sometimes we would see with a more minor matter and so, indeed, you do have a probation officer and now you’ve picked up a new criminal violation. Technically, what our Charlotte attorneys try to warn people about is a new charge after having been on probation is technically a violation of the first case of probation. Not only can a new criminal charge affect that, but the new legal charge may carry separate penalties and consequences. 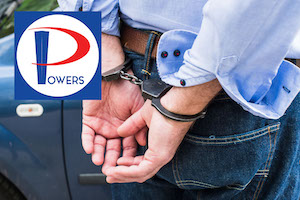 In other instances, and we do see this pretty regularly, the probation officer may vouch for the probationer doing fairly well in compliance with probation terms. You know, he’s doing well otherwise. He is keeping in touch with me. He is following through on alcohol or drug treatment. He is doing his community service and paying his fines and costs and probation supervision fees. I don’t want to violate them. I’m going to recommend that he be continued on probation.”

Can a lawyer help? Well, yes. If nothing else, our North Carolina criminal attorneys can provide you with information and, if nothing else, be the person standing next to you in court both on the new charge and also any violation or what we call revocation hearing. It could be a bit complicated. It could be a bit scary because oftentimes probation is put into place in lieu of or instead of an active term. If you’re revoked on probation or your probation is terminated, the court can order that that suspended term be placed in effect. Give us a call. This is what we do. We help people through sometimes complicated and serious legal matters. I look forward to hearing from you.