*For additional information regarding the criterion for inclusion or membership for lawyer associations, awards, & certifications click image for link.
Home
Practice Areas
Criminal Defense
What is Probable Cause

What is Probable Cause 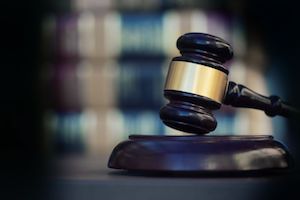 There are certain “terms of art” in the legal profession that have special meaning to defense lawyers. You likely have heard phrases such as Reasonable Suspicion, Reasonable Grounds, and Reasonable Doubt without fully understanding their impact in court.

The problem is, what is probable cause, even among attorneys, judges, and prosecutors, can be a source of contention. In court, words have meanings and consequences, with few having such significance as Probable Cause.

Indeed, any real understanding of the 4th Amendment search and seizure laws is at least in part predicated on the specific burden of proof needed to establish “PC.”

The Fourth Amendment of the Constitution sets forth what appears to be a very simple idea: “No Warrants shall issue, but upon probable cause.” But what does that mean?

What is the role of the Judge in reviewing Motions to Suppress for lack of Probable Cause:

Only since the early 1990s has the United States Supreme Court with any level of consistency suggested the “Original Intent” of the Founders should be a preliminary factor of constitutional interpretation of criminal laws and procedure. Devoted proponents of looking only to the original intent of the framers of the Constitution call themselves “Originalists.”

Justice Antonin Scalia, now deceased, is often thought as the modern father of Originalism, where interpretations of the constitution must be consistent with was meant or intended by those who drafted Constitution. They are said to look to the ordinary meaning of the words, not modernized or subjective thoughts on the subject.

During the periods of the Burger and Warren Courts, Originalism carried little sway, being limited to dissenting opinions relative to Fourth Amendment Rights.

Some legal scholars argue that during the era of the Framers, Judges were very much expected to vigilantly serve as sentries, jealously guarding individual rights to persons and property prior to the issuance of warrants, and only then issue limited warrants supported by probable cause.

Put simply, they were viewed as active protectors against improper warrants and an over-reaching, over-expansive government. There is some argument on that point which exists to this day.

Probable cause, most simply put, is grounded on distrust… suspicion. After almost 100 years since passage of the Constitution and related Bill of Rights, there was very little jurisprudence on search and seizure issues in the United States.

Burdens of Proof and Probable Cause in North Carolina 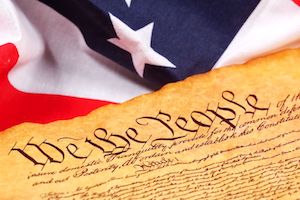 That’s because most legal issues involving search and seizure were litigated under the Common Law, with claims being made for common law Trespass or forfeiture under Civil Law.

And yet, one of the fundamental reasons stated for declaring independence from Great Britain involved abuses of Writs of Assistance. The need for 4th Amendment rights and protections, relative to the American Revolution, involved at least in part how disputes with the Crown and other royal authorities were resolved to the dissatisfaction of the governed.

Writs of assistance commanded all subjects and officers of the Crown “assist in their execution,” and were thus used to perform general searches to enforce taxation relative to Great Britain’s customs laws. It is believed Writs required local law enforcement officers and even everyday citizens to assist in searches.

The 1767 Townshend Act legalized Writs of Assistance in the colonies. Most colonial judges at the time took a dim view of such writs, especially in instances where the terms were “unparticularized.”

Even after the Townshend Act, there was colonial resistance to Writs, in that they were thought to be equivalent to General Warrants, granting too much individual discretion to the searcher. General Warrants further fell into disfavor due their perpetual, never ending nature.

The concept of Probable Cause is tied to particularity, lack of individual discretion, and limitations in time, duration, and scope. As such, search warrants and supporting affidavits today now mandate a showing that describes items to be searched, seized, and are further likely to be found in a particular place.

Today we use affidavits, sworn to by Oath or affirmation, in applying for Search Warrants. Live, sworn testimony is often also part of obtaining a search warrant or Warrant for Arrest.

What is an Indictment?
How do Criminal Lawyers Help?