It makes sense to take action and seek legal representation by a criminal defense lawyer who will fight to protect your legal rights. 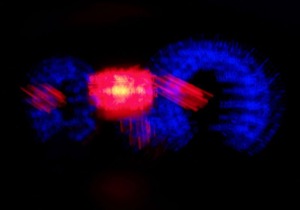 Depending on the type of charges, misdemeanor or felony, you may be arrested (instead of being served with a Criminal Summons in North Carolina) and required to appear before a Magistrate or District Court Judge.

That judicial official may make a determination of whether release is appropriate, set a bond or Order additional conditions for pre-trial release.

In setting terms and conditions of release, which may or may not include a secured bond, the judge considers a series of factors including the severity of the offense (murder charges for example or certain criminal charges involving gang activity), prior arrest history, danger to the community, and likelihood of returning to court.

What is a Bond Hearing?

A bond hearing is when a North Carolina judge sets the terms and conditions of a defendant’s pre-trial release, including his or her bond amount, when the defendant has been arrested.

Am I Entitled to a Bond Hearing for Criminal Charges?

In North Carolina, you are entitled to a bond hearing if you have been arrested and formally charged with a crime. That is not the same as being entitled to having a bond amount set. There are instances where the Judge may decide NO BOND is appropriate.

Bond hearings follow a normal court process under the NC criminal laws. For certain felony charges, there may be a bond hearing in both criminal district court and superior court.

Two key factors that judges consider in setting bond are:

(2) whether the defendant is a danger to society or possibly even themselves (for example, DUI charges) if released immediately without certain restrictions or “conditions of release.”

What are the Different Types of Bond in North Carolina? 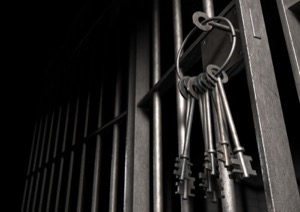 At the conclusion of the bond hearing, the judge will determine whether to deny bond, set an unsecured bond (signature bond or written promise to appear) or a secured bond. There are many different terms and conditions of release authorized .

An unsecured bond means that the defendant does not have to post money ahead of time in order to be released prior to the resolution of his or her pending criminal matter. If a Defendant fails to appear at his or court appearance, the Defendant will be required to pay that amount of the set unsecured bond.

A secured bond means that the defendant must post money as collateral in order to be released from custody prior the resolution of his or her pending criminal matter. If you do not have the economic means to pay for the secured bond amount set by the judge, you may want to hire a bail bondsman.

A Bondsman posts the bail amount (as a “surety”) for the person facing criminal charges. However, the Bondsman charges the defendant a non-refundable fee to do so.

Many bonding companies secure the bond by an insurance policy. If the person accused of charges fails to appear to court, the bail bondsman may pick up the defendant and return them to jail or “go off the bond,” to avoid paying the secured amount.

What Happens if NO BOND is Set?

What if I Violate the Terms of my Bond and/or Pre-Trial Release?

If you violate the terms of your pre-trial release, then a judge may revoke your bond and you could possibly be confined until the resolution of your pending criminal matter. Therefore, it is essential that you adhere to all pre-trial conditions set by the court.

If you have questions about how bond works in North Carolina, we’re here to help. Give us a call. We offer a free legal consultation on criminal charges. Our Charlotte defense lawyers help people in Mecklenburg County, Union County, Iredell County, Rowan County, and Gaston County, North Carolina. We are authorized to practice law everywhere in North Carolina and are available for consultation for serious felony charges such as rape, sex crimes, murder, and manslaugther.