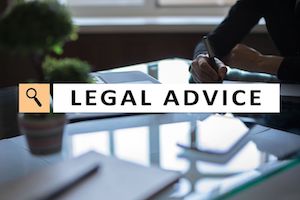 Selection of a “Jury of your peers” is a fundamental constitutional right and a matter of significant consideration by defense attorneys in any criminal trial.

The process of selecting a jury is called Voir Dire. Translated from original Latin, it means “to speak the truth.” It relates to the questioning of jurors about their ability to be impartial, to agree to the presumption of innocence, and further requiring the State to prove Beyond a Reasonable Doubt each and every element of criminal charges.

Trial by jury is one the best protections in our system of justice. The right to a jury trial is specifically set forth in the Constitution of the United States and North Carolina. The idea of a fair trial, one free from bias or undue influence by powerful interests, is more than an ideal or goal.

“Other than the right to vote, it’s the last check on the system of justice that could otherwise crush anyone facing criminal charges” - Bill Powers, Criminal Defense Lawyer

It is an “everyman” legal protection. Juries are comprised of everyday, ordinary citizens. Jurors are called to apply their life experiences and common sense in a legal dispute, deciding the “everlasting truth.”

As such, the process of jury selection must be free from bias and procedurally fair. Preventing everyday citizens from serving on a jury, without lawful purpose, violates the very intent of 6th Amendment.

The right to jury trial is applied to the individual states under the 14th Amendment of the US Constitution, referred to as the Equal Protection Clause. We are all treated the same under the law, irrespective of our age, wealth, or other individual circumstances or characteristics. We are “equally protected” under the North Carolina criminal laws and rules of criminal procedure in Chapter 14 “Criminal Law,” Chapter 15 “Criminal Procedure,” and Chapter 15A “Criminal Procedure Act.”

And then there is race.

The 1st Article of the North Carolina Constitution, Section 26, prohibits selection of jurors by way of “race-based” considerations. That includes removing jurors via the normally secretive “pre-emptory challenges.”

How are Jurors Selected in North Carolina? 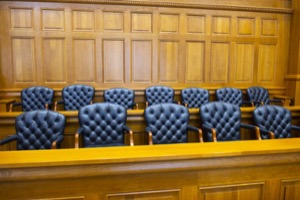 Movies, television shows, and media accounts of trials rarely show the voir dire process. There are a couple reasons for that. First, it’s generally a slow, deliberative, and often repetitive courtroom procedure. To some outside observers, it might even be considered boring.

The second reason has to do with impartiality. The identities of jurors are protected. From OJ Simpson, to Scott Peterson, Casey Anthony, and the Ray Carruth jury trials, you may not have even noticed it, but at no time during the trial were the identities of the jurors revealed.

Superior Court Judges sternly warn media outlets, threatening them with Contempt of Court for violating a Court Order, not to reveal the identities of jurors or even show their faces on TV.

During a trial, jurors are also strictly prohibited from engaging with the media or giving statements about the pending trial. In fact, jurors are instructed not to speak to anyone about the facts of a case (including friends, family, and spouses) and are directed not to form an opinion about a possible verdict during the trial.

The NC criminal laws establish how the jury selection process works. The panel of jurors is asked a series of questions by both the prosecutor and defense attorney. Questions may be to the panel as a whole or to individual jurors.

After questioning jurors, both sides are given the opportunity to request the Judge remove certain members of the panel For Cause. That “cause” would normally be for things like perceived biases of jurors, lack of impartiality, or a prospective juror’s inability to serve for one of many reasons.

The Judge is present for jury selection and makes legal rulings on whether the line of inquiry by the District Attorney and Defense Lawyer are appropriate. Having heard the questions posed to potential jurors, and their responses to questions, the Judge thereafter rules on whether, as a matter of law, members of the jury panel are qualified to serve.

There is also another way to remove jurors that may inject unfair bias, before evidence is heard or a jury deliberates. Each side is given a limited number of preemptory challenges. Both the prosecutor and defense lawyer are allowed to “excuse” jurors from service by use of a preemptory challenge.

They don’t have to allege bias or assert a “challenge for cause.” They may simply, “thank but excuse” a certain juror.

We’re here to help during times of trouble, providing legal representation to clients in Charlotte NC and the surrounding judicial districts in Monroe, North Carolina in Union County, Iredell County NC with court in Mooresville and Statesville, Gastonia in Gaston County NC, and Rowan County NC and Salisbury.

Call now for a FREE CONSULTATION and to discuss legal fees associated hiring a lawyer: 877-462-3841