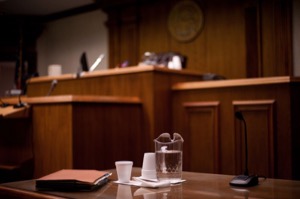 North Carolina Chapter 14: Criminal Laws makes it illegal to use fraud, a falsehood, or deceptive statement (representation) to obtain property or a thing of value. N.C.G.S. 14-100 makes offenses of $100,000 or more a Class C Felony in North Carolina, which is more than armed robbery charges.

If the property obtained is under $100,000, False Pretense charges in North Carolina are considered a Class H Felony. According to the NC sentencing guidelines, or what defense lawyers may refer to as the “sentencing grid” or simply the “grid,” that is a minimum 25 months and a maximum of 39 months in the North Carolina Department of Adult Corrections (prison) if found to be a Prior Record Level VI offender and offense level.

How to Choose a Criminal Defense Lawyer

The maximum, aggravated sentence for a Class C felony in North Carolina is a minimum of 182 months and a maximum of 231 months in DAC or the NC Department of Adult Corrections. When and if there are allegations of the Class C felony type of False Pretense charges in North Carolina, the amount of money at issue must be properly alleged in the indictment (charging documents) and proved Beyond a Reasonable Doubt by the State (the Prosecutor / Assistant District Attorney (ADA)). 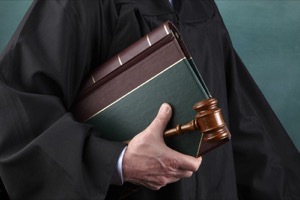 The NC criminal laws are intended to be expansive, capturing the many unique schemes, frauds, and intents to deceive others for the purpose of obtaining things of value. False Representation is a Specific Intent crime in North Carolina. Unintentional, accidental acts are not subject to the law. Given the capacity for creativity and new scams, the Appellate Courts of North Carolina have found the following to be covered under the NC False Pretense Statute (N.C.G.S. 14-100).

An honest mistake or belief is a Defense to False Pretense charges in North Carolina. In meeting its Burden of Proof, the Prosecutor is not required to prove the intent to deceive or commit a fraud on a particular person. Failure to complete a contractual duty is not necessarily a violation of the law.

How Do Defense Lawyers Help?

Failure to act diligently, or the overall ineptness of the party in breach of contract or failure to perform a duty under a contract for services, are defenses to the charges. Without more, breach of contractual duties do not prove an intent to deceive or the intention to defraud.

The “person” referred to in the NC criminal laws is intended to be broadly construed. It may include individual people. At the same time, false pretense may also apply to groups, organizations, corporations, associations, legal entities, and partnerships.

What is a Chose in Action under the NC Criminal Laws?

Under the North Carolina larceny laws, there are legal terms used to describe the subject of the dispute. A “chose in action” traditionally describes the right of possession or right to possess property. In contrast, a “chose in possession” is when the property is in the possession of another, but is actually the property of another.

Top 3 Things to do if Arrested 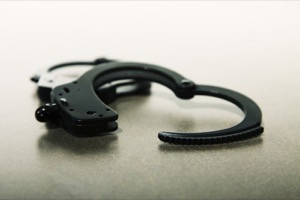 The False Pretense laws in North Carolina apply to attempts to obtain, through fraud, deception, or trick, property chose in action. The person accused of criminal charges (like larceny and false pretense) would gain possession of the property, but not necessarily have a formal ownership interest or legal title to the property.

If the Defendant made a representation that was false, but for another reason other than to secure the property or thing of value at issue, that is not a violation of the false pretense law. There must be a connection between obtaining the thing of value (the property) and the misrepresentation, falsehood, or false statement.

The victim in NC false pretense charges does not necessarily have to suffer a loss or economic loss of the property or thing of value. Giving the property, without economic loss, is covered under the NC criminal laws. Similarly, the State need not prove the person accused of False Pretense actually obtained the item of value or personal property.

An Attempt regarding False Pretense charges in North Carolina is equally guilty. The punishment under the NC sentencing laws is the same as completing the act, resulting in false pretense, as the attempt to commit the fraud or misrepresentation. One cannot be convicted of both Embezzlement and obtaining property by false pretenses for the same property or thing of value.

Uttering or making a worthless check in North Carolina is NOT a “lesser included offense” to Obtaining Property by False Pretense charges in North Carolina. Similarly, using a “non-existent account” to write a worthless check is not a lesser include offense, nor are criminal charges alleging Obtaining Property for a Check that is worthless, or Worthless Check on a Close Account charges.

Is Larceny a Felony or Misdemeanor Charge?

What Is the Difference Between Obtaining Property by False Pretenses and Larceny?
Learn More
Criminal Defense & DUI/DWI Resources