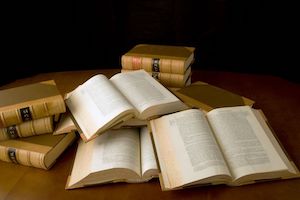 Discovery may include things like statements of the police or witnesses, video camera footage, body camera recordings, and other evidence of the allegations against you.

Put simply, it is the evidence the State has collected for the prosecution of criminal charges in North Carolina.

Defense lawyers may file a “Motion for Discovery” in addition to other motions such as Motions to Suppress and Motions to Dismiss, depending the nature and circumstances of the criminal charges.

While common for felony charges, disovery is not technically mandated by the Common Law of North Carolina.

The right to discovery in NC is in large measure established by the NC Criminal Laws, most specifically under PRETRIAL PROCEDURE – Article 48 – Discovery in Superior Court and N.C.G.S. § 15A-901

The Burden of Proof and Theory of the Case

While the State (the Assistant District Attorney assigned to prosecute the matter) may be required to disclose evidence in the form of discovery, they are not necessarily called to explain how they plan on using the evidence or otherwise disclose their legal positions.

Prosecutors, like criminal lawyers, often create a “theory of the case” to help explain to the Finder of Fact (often a jury in North Carolina) why the accused is Guilty or Not Guilty.

Each criminal charge, like each person accused of breaking the law, is different. As such, the materials provided in discovery may be differ from case to case.

A thorough investigate would ordinarily include evidence of both the mens rea and actus reus of the offense.

What Happens if the Prosecutor Does Not Provide Discovery?

Sometimes the failure to turn over evidence to the defendant (or their criminal attorney), especially exculpatory evidence, may result in the dismissal of charges.

A failure to provide Brady or Giglio material to the accused, even after a conviction or guilty plea, may be the subject of a Motion for Appropriate Relief and possibly reversal of a conviction.

If the discovery violation was minor or not “material,” or the failure to disclose such evidence would not result in a different result at trial, nothing may result. 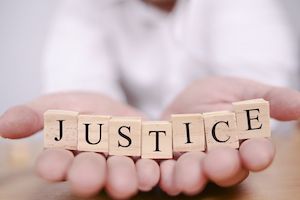 Our team of criminal defense attorneys in Charlotte spend a considerable amount of time reviewing discovery materials and preparing a defense to charges.

We focus our attention on the details of the case, looking carefully at the evidence behind the allegations.

We also help explain the criminal justice system and how things work in court.

Our discovery laws in North Carolina may be different than other states or what you expect.

They may also differ from what you see on TV or how things work in federal court.

For example, some states authorize the deposition of witnesses before trial, even in criminal cases. That is not the law in North Carolina.

In criminal court, there are not depositions or interrogatories like you may see in a divorce case or personal injury trial.

At the same time, there may be substantial evidence to review that includes witness statements, police reports, and even statements given by the person accused of criminal charges (confessions).

Discovery in North Carolina may also include evidence that the police gave Miranda Rights.

The State commonly provides documentation of prior criminal history points, record of criminal convictions, and even an NC DMV motor vehicle record in certain cases like DWI charges in Charlotte.

As such, as part of any plea offer, which may be part of the “Discovery Package” provided by the Mecklenburg County District Attorney’s Office, the State often provides copies of criminal records, prior record level points, and NC DMV driving record when appropriate.

If you have questions about your criminal charges in Charlotte, we recommend you call us now at 704-342-4357.

We will provide to you, free of charge, an initial consultation and help explain what has become an increasingly complex legal system in Charlotte.

You may also email Bill Powers at Bill@CarolinaAttorneys.com