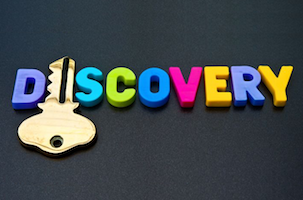 Things have changed for criminal lawyers over the last ¼ century. Across the board, the processes of defending felony charges have become more efficient and fundamentally fair, at least from a Due Process perspective.

In part, technology has helped expedite the administration of justice. In the past, filing formal Motions for Discovery often began the search for information helpful to the defense. In large measure, that is no longer required.

What might have taken months and even the better part of a year to receive printed documentation of an arrest, now can be handled in short order via electronic format. Frankly, there never was a nefarious intent on the part of prosecutors.

I just took time to get copies of police reports, drawings, transcripts of statements, documents, and old-fashioned prints of photographs as part of a discovery package.

Once advised everything was ready, defense attorneys would stop by the District Attorney’s office to pick up the information, especially for files involving serious charges like murder or manslaughter legal matters with voluminous discovery.

Thereafter we’d make a copy of everything for our client, organize the materials into three ring binders and conduct our investigation into the crime scene, talk to witnesses, and analyze scientific data when available.

The Role of Electronic Discovery in Criminal Allegations

Discovery overall is substantially more expansive and complex in nature. There are a good number of reasons for that.

In the past, ADA’s in North Carolina were frankly less forthright about turning over potentially exculpatory discovery materials such as prior inconsistent statements, questionable identification procedures, and police misconduct.

That resulted in troubling convictions and entirely too many high-publicity wrongful conviction reversals involving the Innocence Inquiry Commission and our appellate courts for incredibly serious criminal charges including 1st degree murder, sex crimes and other criminal matters that received either the death penalty and/or lifetime prison terms.

Second, reports are almost always now in type-written in electronic format, thus resulting in the recordation of greater detail due to the relative ease of writing police reports. 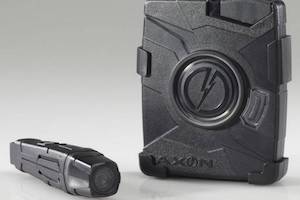 Third, with the advent of BWC or Body Worn Camera, many interactions between police and the person accused of the crime are recorded on video.

Finally, technological innovations regarding DNA identification, fingerprint analysis, and other forms of forensic science of the crime-scene have further increased both the quality and amount of discovery released to defense attorneys.

What are My Rights to Discovery?

Most people are shocked when we explain an often-repeated courtroom summary regarding discovery: There is no traditional right to discovery.

That’s right, neither the Constitution of North Carolina or that of the United States directly address or mandate the release of Discovery. Clearly, we’re all entitled to basic constitutional rights under the 4th Amendment, 5th Amendment, and 6th Amendments.

People facing criminal charges have a right to a fair trial, to trial by jury, the right to legal counsel, and the right to confront and cross-examine your accuser.

Discovery was for a long time a source of tremendous contention and consternation. Defense lawyers always suspected there was more behind charges.

“When I first started practicing law more than 26 years ago, sometimes we’d literally go to trial with only a few pages of discovery. Maybe there’d be a brief handwritten summary and a chain of custody report. That’s all that would be provided.”

Under the NC Criminal Laws, a formal Discovery Request is not necessarily required for felony charges and/or those with original jurisdiction in Superior Court.

Most defense lawyers, at least old-school attorneys, still file a Motion for Discovery and/or request for voluntarily release of discovery, together with the request for release of exculpatory Brady Material in an abundance of caution.

It doesn’t matter if you have a misdemeanor or felony charge, we’re willing to sit down and talk about your legal options.