Should I Hire a Lawyer for Unlawful Concealment Charges? 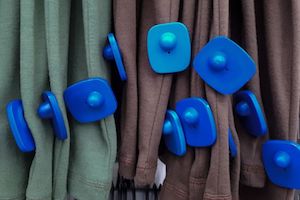 While there are technical differences between shoplifting (concealment of goods) and certain types of larceny charges involving merchants and store-owners, the general public tends to call everything “shoplifting.”

There are important distinctions between the different types of larceny charges in NC. In part that’s because some matters are relatively minor or what you may think of “petty offenses,” and yet other, very similar criminal activity can result in big-time felony charges.

On top of the charges themselves, there is a social stigma related to crimes of theft, deception, and dishonesty. This is North Carolina after all.

No parent wants their child to be thought of as a dishonest person, let alone be referred to as a known criminal. It’s not hard to realize how even an arrest can affect you in small town North Carolina, where people know one another and talk about who got locked up and is still in jail.

Even in big cities like Charlotte, news of an arrest travels fast with newspapers like “busted” for sale for $1.00 on the counters of most every gas station in Mecklenburg County. And you’ve probably seen the “mugshot” web pages.

Indeed, some of the most viewed pages for local television stations are nothing but mugshots: WCCB “ Mugshots,” WSOCTV “Mecklenburg Mug Shots,” WCNC “ Mugshot Photos”

“It doesn’t take a rocket scientist to figure out what we’re talking about here. Shoplifting, unlawful concealment, misdemeanor larceny, they’re all crimes involving theft. And they all carry the potential for problems in your future, if convicted.” Bill Powers 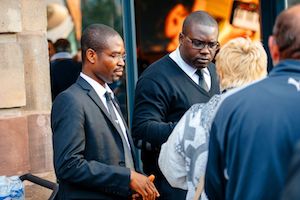 Put simply, it’s what it sounds like: Hiding or concealing items in a store with the intent to eventually steal them. You may have heard it called “shoplifting,” although there may be some confusion on what that exactly means.

What to Do if Arrested: Stop Talking, Call a Lawyer

For example, some people refer to stealing things from a store as shoplifting, not drawing a distinction to whether they’re caught still on the premises of the store or at some later time or while in the possession of stolen goods.

When people call, they may start by telling our defense lawyers, “I got caught shoplifting,” which for first-offenders is a minor, Class 3 misdemeanor in North Carolina, not fully understanding the impact of their actual arrest for larceny, a Class 1 misdemeanor, which carries up to 120 days in jail.

The official title for shoplifting charges is Concealment of Merchandise and is covered within Chapter 14: Criminal Laws in North Carolina (N.C.G.S. 14-72.1).

There are some important distinctions between unlawful concealment and larceny that you should know:

In part that’s because of how the specific elements of the respective crimes are written and their essential elements.

Once you’re out of the store it is thought enough evidence exists to prove the intent to “permanently deprive” the owner (the storekeeper or merchant) of possession.

What is Larceny of Property?

The prima facie elements for larceny, as set forth in the NC Pattern Jury Instructions (criminal laws) 216.05 require the State to prove Beyond a Reasonable Doubt the following:

Download a copy of the Larceny jury instruction in North Carolina here.

In contrast, “shoplifting” or the Willful Concealment of Goods demands the State meet its Burden of Proof with evidence of the following:

Download a copy of the NC Pattern Jury Instruction for Unlawful Concealment here.

Is Shoplifting a Felony in NC?

Unlawful Concealment or the “concealment of merchandise” is normally a misdemeanor. If you get outside the store and/or “off the premises,” that too may be considered a misdemeanor, although a more serious one at that (Class 3 vs. Class 1 misdemeanors in NC).

There are important distinctions you should know and understand under the NC larceny laws.

There are certain types of larceny cases involving stores and merchants that may be charged as felonies in North Carolina, such as: