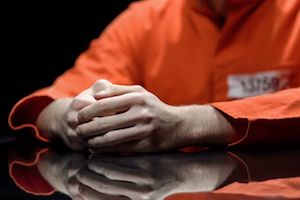 Under North Carolina Criminal Law § 14-7.7, the crime of violent habitual felon is defined as an individual who has been convicted of, pled guilty to OR pled no contest to violent felony offenses on at least two separate occasions since July 6, 1967.

The State of North Carolina bears the Burden of Proof for criminal charges. The accused (the defendant) need not present evidence or testify on their own behalf.

In order to prove the felony offense of violent habitual felon, the prosecutor must present sufficient evidence at trial to establish prima facie elements of the offense Beyond a Reasonable Doubt:

The issue of whether a Defendant is a habitual felon is submitted to the jury or, in the alternative, a defendant may enter a plea of guilty to the charge of being a habitual felon.

The Defendant may seek to bifurcate the proceedings, where evidence regarding the prior felony convictions is presented only in the event the jury finds the accused guilty as charged to the underlying felony offense.

Even when a defendant stipulates to the two prior convictions and as to their status as a habitual felon, such stipulation, in the absence of an inquiry by the trial court to establish a record that the Defendant is formally pleading guilty, is not tantamount to a guilty plea.

Is an Indictment Required?

Additionally, any felony offense to which a pardon has been extended may constitute a felony. The Defendant bears the Burden of Proof showing the existence of a pardon.

The State of North Carolina (the Assistant District Attorney or “ADA”) is not required to disprove a pardon.

Federal offenses involving intoxicating liquors are not felonies for purposes of N.C.G.S. § 14-7.7.

Other similar or related criminal charges include:

The Defendant has a viable defense under North Carolina law if he or she can prove his or her crime was not a felony and/or he or she has not been convicted, pled guilty to or pled no contest to two violent felony crimes since July 6, 1967.

The punishment for conviction as a Violent Habitual Felon is incarceration for the remainder of the Defendant’s natural life without the possibility of parole.

In the event the Death Penalty is imposed for other felony charges in North Carolina, Life Without the Possibility of Parole or “LWOP” does not supersede the imposition of the death penalty.

The Superior Court Judge responsible for sentencing pursuant to the NC Felony Sentencing Laws is not authorized to suspend the active period of incarceration (prison).

Similarly, the Court may not place the defendant convicted of Violent Habitual Felon on probation.

The imposition of judgment for Violent Habitual Felony also cannot be consolidated for judgment. The active life sentence is required to run at the conclusion/expiration of any other sentence as a “consecutive sentence.” 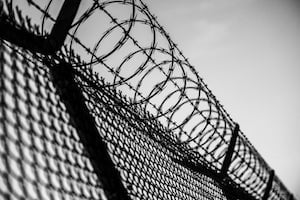 If you have been charged as a violent habitual felon, it’s important to begin your defense without delay.

A violent habitual felon conviction carries imprisonment for the rest of your natural life without the possibility of parole.

Other than the death penalty in North Carolina, it is the most severe criminal punishment allowed under the NC Criminal Laws.

Our team of Charlotte criminal defense lawyers is available for consultation. We will visit friends and family members in jail, once the firm is properly retained as legal counsel.

It doesn’t matter if you or a loved one faces allegations of a felony or misdemeanor charge.

We recommend you assert your constitutional right to remain silent and the right to legal counsel.

Do not discuss your case or anything about the criminal allegations with anyone other than your Charlotte criminal defense lawyer.

Politely decline to cooperate in any criminal investigation, do not answer questions, do not waive your Miranda Rights.

Bill Powers may also be reached by email at Bill@CarolinaAttorneys.com