When is Drunk Driving a Felony in North Carolina? 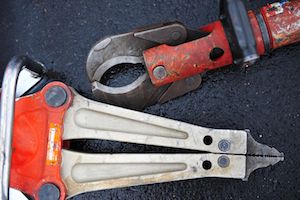 Throughout the United States, state governments are cracking down on DWI charges and imposing more severe consequences and penalties for driving a car while under the influence of drugs or alcohol. For example, Utah is set to become the first state to reduce the legal blood alcohol limit for DUI offenses to .05 from the nationwide standard of .08.

If drunken driving is involved in a motor vehicle accident and, as a result, another person is killed, e.g., the passenger in the impaired driver’s car, a pedestrian hit by the impaired driver or the driver and/or passenger of the car that was struck, felony criminal charges may be legally appropriate.

Before getting behind the wheel of a car, you should understand that you are potentially exposing yourself to felony DWI charges and, in certain scenarios, substantial prison terms for things like murder or manslaughter.

The Carolinas have some of the highest rates of impaired driving related deaths in the nation. In South Carolina DUI charges there were 7.98 impaired driving fatalities per 100,000 residents, according to the report. That is second to Montana with nine fatalities. In 2015, North Carolina had 411 road DWI related road deaths which was the fourth highest in the U.S.

As a result, North Carolina is very tough on DWI offenders and imposes severe penalties for driving while impaired. Under the NC Criminal laws, an impaired driver who kills someone might face involuntary manslaughter, felony death by vehicle and/or second degree murder charges.

Each case is very fact specific as to whether a defendant should be convicted of 2nd degree murder or of the lesser included offenses of felony death by vehicle and involuntary manslaughter. Additionally, North Carolina law imposes serious penalties for seriously injuries due to DWI.

Involuntary manslaughter is the unintentional killing of another person as a result of criminal negligence or recklessness. If you operate a motor vehicle while impaired and a death results as a result of your impaired driving, your negligence or recklessness in driving while under the influence of drugs or alcohol could be enough to convict you of involuntary manslaughter.

DWI violates a safety statute designed for the protection of human life and limb which amounts to culpable negligence as a matter of law in North Carolina, see the 2009 NC Court of Appeals case State v. Davis.

Involuntary Manslaughter is a Class F Felony. A defendant could be looking at up to 59 months (aggravated sentencing range) in prison depending on their prior record, see sentencing grids.

You could be found guilty of the offense of felony death by vehicle, if you: (1) illegally kill, (2) another person – a living human being, (3) without intent (unintentional), (4) while breaking either (a) NC DWI impaired driving laws under G.S. 20-138.1 or (b) Commercial DWI impaired driving a commercial vehicle under G.S. 20-138.2, and (5) the DWI is the proximate cause of the death of that person. 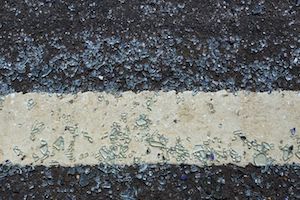 Unlike involuntary manslaughter and felony death by vehicle, an impaired driver can only be convicted of 2nd degree murder for a death resulting from impaired driving if the State can prove malice (a state of mind where defendant intended to drive in a reckless manner that could result in death or injury).

That is, the Defendant drove in manner tending to show reckless indifference to human life.

The Judge may sentence the defendant for the underlying offense of DWI, because the DWI offense elements (misdemeanor) differ from the elements required to convict the defendant of 2nd Degree murder.

Second degree murder is a Class B2 felony under North Carolina law. A defendant faces years in prison, depending upon the prior record level.

If you have been charged with a DWI and a death arose out of the incident, the attorneys at our North Carolina law office provide a free consultation. We’ll help explain the nuances of NC DWI laws and DUI charges in South Carolina **.

Do not delay. Consult with an attorney IMMEDIATELY to protect your interests.