*For additional information regarding the criterion for inclusion or membership for lawyer associations, awards, & certifications click image for link.
Home
Practice Areas
DUI / DWI
Over the Limit Under Arrest

Over the Limit Under Arrest

We’ve all seen the public safety campaigns related to “drunk driving” such as “Drive Sober or Get Pulled Over” and “Drive High Get DUI.”

While very catchy, they don’t necessarily explain “drunk driving” or even whether you have to be drunk or the differences, if any, between DUI and DWI?

Anyone who has taken an NCDMV test to get a driver’s license probably knows there are questions about what you can and cannot blow.

You may even recall something about a .08.

"It’s a bit more complicated than just a numerical reading on the breath test."

In part, that’s because you can actually be arrested for impaired driving and even possibly convicted of “driving under the influence” with a number less than .08.

In fact, the terms we all use such as “drunk driving” and DUI can be a bit confusing, given you don’t have to be drunk to be arrested and not all cases involve being under the influence of alcohol.

As such, what some might refer to as “DUI” or Driving Under the Influence may actually be more appropriately called “DWI” or Driving While Impaired.

Each case, each fact pattern, and each person accused of impaired driving are unique and therefore deserve careful attention to detail.

Technically, subject to some important qualifications, limitations, and what DWI defense lawyers may refer to as “caveats,” the “legal limit” in North Carolina is .07999.

What’s the Difference Between DUI and DWI?

That means if you blow .08 or higher, that’s enough under the NC DWI Laws to allow for a conviction.

At the same time, that does not necessarily mean the prosecutor is required to dismiss the DWI charges simply because the reading is below .08.

There is more than one way to prove impaired driving and appreciable impairment under the law.

"Judges and juries may consider both the reading (the BAC) and possible consumption of other substances that together may impair mental or physical faculties."

A reading of .08 or higher is but one way to prove impaired driving.

What Does BAC Mean?

You Need to Know This About DWI Charges in NC

BAC tends to be a general, all-encompassing term that is often meant to refer to all kinds of testing for alcohol in your body.

It is more accurate to refer to a breath reading in DWI charges as “BrAC” and “BAC” when a blood draw is taken, actually sampling blood.

BAC from a breath sample is an extrapolated value, subject to certain assumptions regarding breath-partition ratio, tidal lung capacity, and body temperature.

It gets a bit more confusing when it comes to a reported “BAC” obtained through testing urine. There doesn’t seem to be a common, accepted acronym for urine alcohol content.

That’s probably OK, given that while the NC DWI laws authorize use of urine tests to determine BAC, in North Carolina that is rarely if ever done relative to DWI charges.

What You Should Consider in Hiring a DWI Lawyer

On the other hand, urine testing for a wide range of controlled substances is quite common in the employment setting.

"I’ve been doing this for more than 28 years and I cannot ever recall seeing urine testing in a state DWI charge. Chances are, we’re dealing with a blood or blood test or a refusal when it comes to DWI charges in North Carolina."

Can I Get My DWI Charges Dismissed if I Refuse to Blow? 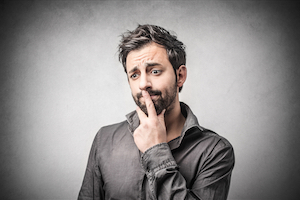 Once again, it’s important to understand that when it comes to DWI charges in Charlotte (and elsewhere in NC), the number is not necessarily the “end all, beat all.”

There is more than one way to prove appreciable impairment.

A reading of .08 is certain enough for the “finder of fact” to consider, taken together with all the other evidence.

The State may also seek to introduce evidence of impairment by field sobriety tests or dexterity tests.

When Should I Hire a Lawyer?

Finally, if you refuse to blow in North Carolina, the “finder of fact” may also consider your Willful Refusal as evidence against you.

As such, refusing in-and-of-itself does not guarantee a dismissal of charges.

A Willful Refusal to blow may limit one type of evidence of impairment against you, that being the BAC.

That does not mean the Assistant District Attorney (the prosecutor or “the State”) just drops the case.

There may be other evidence available to prove impairment.

Furthermore, even if you advise the charging officer and/or LCA – Licensed Chemical Analyst you don’t wish to provide a breath or blood sample, there may be ways to obtain a sample through a Search Warrant or other legal means.

DWI charges in North Carolina are both serious and can get pretty complicated.

"If you’ve been accused of impaired driving, we think the best thing to do stop talking and ask for a lawyer. Exercise your right to remain silent."