What's the Difference Between DUI and DWI? 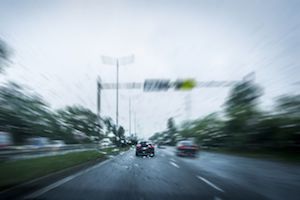 A DWI arrest often leads to the person being charged looking online for a DWI definition or a DUI definition. Most people have heard of both acronyms for the generic motor vehicle crime of operating while intoxicated, “drunk driving” or impaired driving.

For the first offender, any prior knowledge of breath tests and ignition interlocks were merely things read about in the newspaper or seen on television. Many Americans are unaware of the existence of the National Highway Traffic Safety Administration (NHTSA) long-term efforts to regulate DUI-DWI laws for motor vehicle safety purposes.

The purpose of these materials is to help define DUI and DWI as codified in various states, relative to a better understanding of the NC DWI laws. Hopefully, this web page will serve as a guide to someone facing a drug impaired or alcohol impaired driving arrest, as he or she seeks professional, experienced legal representation.

In the dozen or so American jurisdictions using the DWI acronym, the abbreviation "DWI" often means "driving while impaired." Some states have defined a DWI in their state statutes as driving while intoxicated. From a layperson's perspective, the crimes are identical.

A few states, like MD and Washington DC distinguish between DUI and DWI charges. In those locations, a DWI is worse than a DUI. In some states, a DWI could refer to driving while impaired by drugs, and DUI be relegated to driving under the influence (DUI) of alcohol.

DUI Meaning: What Does DUI Stand For?

D.U.I. is primarily related to driving under the influence. A DUI offense occurs when someone drives with alcohol in their bloodstream. While the federal legal blood-alcohol concentration (BAC) limit is 0.08%, some states may pursue DUI charges at BAC levels of 0.01%, depending on the driver's age. In some states, a DUI can be issued without the officer checking BAC via breathalyzer. In some cases, a DUI can be charged based on erratic driving behavior, the suspicion of the influence of alcohol, or a field sobriety test.

In a state like Maryland that still recognizes DUI and DWI as separate criminal offenses, the DWI offense is usually the more serious charge, while a DUI is a less serious charge. That is NOT the case with NC impaired driving charges. Some states offer the opportunity to reduce a charge from a DWI to a DUI if it's a driver's first offense DWI, and his or her BAC level was under an 0.08% grams percent. That too is NOT the case under the NC DWI laws.

Each of these violations, DUI vs DWI, is serious. Obtaining a case dismissal based on insufficient evidence to arrest is very difficult, if the officer can articulate the reason or reasons for the pullover. Assuming the manifestations observed and the performance on the voluntary field sobriety tests supports the officer’s claim of inebriation, the case may have to go to trial.

DUI vs DWI: In North Carolina, is there any Difference?

Only one acronym is used in the state of North Carolina for driving while impaired: DWI. When arrested after a motor vehicle crash, DWI-DUI roadblock or traffic ticket, any prior criminal history in any state (such as being arrested for DUI in Georgia) can affect how the Prosecutor approaches your DWI case.

North Carolina DWI laws assign multiple levels of severity, ranging from Aggravated 1 (most severe) to Level 5 (least severe). These highway crimes based on driving impaired will stay on your record permanently, since the State of North Carolina presently has no procedure available to expunge a DWI if convicted.

Under North Carolina law, the car does not have to be in motion for the driver to be charged with a DWI. In addition, in the state of North Carolina, the detained driver may pass an alcohol breath test by being under the legal limit, yet still be charged with impaired driving when the field sobriety tests (dexterity tests or SFST’s) and speech patterns are consistent with an intoxicated motorist or motorist impaired by alcohol, controlled substances, or a combination of impairing substances.

DWI stands for Driving While Impaired, and DUI means Driving Under the Influence in many states. Although you might have heard both terms used, the state of North Carolina does not make a practical distinction between them. You may be impairedby alcohol and both legal and illegal drugs.

What Determines if a DWI Case can be Beaten?

A significant factor in a criminal case prosecuting a DWI is the blood alcohol content, as captured on a state-approved Intoximeters EC-IR II device, or crime lab blood analysis. Under North Carolina law on implied consent, if a motorist is unwilling to say YES to a forensic breath analysis, he or she can always face blood extraction under a judicial search warrant issued by a judge. There are also instances when a DWI blood sample can be “compelled” under the law.

If the driver is over the age of 21 years old and has a BAC of 0.08% or higher, he or she will ordinarily be charged with a DWI. Meanwhile, any level of alcohol for drivers under 21 can result in criminal lawyers often refer to as a “provisional violation” or “under 21 DWI.” Commercial drivers and those who have already been charged with a previous DWI have a different/lower standard of 0.04%.

If you’ve been pulled over for erratic driving, an officer may also choose to have you participate in a series of field sobriety evaluations. As opposed to real “tests,” like an IQ or SAT test, these roadside exercises are subject to subjective interpretation and not always entirely accurate.

Officers assess the driver’s physical and mental capabilities by walking a straight line, standing on one leg, conducting a speech test, etc. After an observation of these tests, the officer may ask the driver to take a chemical test to confirm whether the driver is in fact under the influence of alcohol or drugs.

What Type of Driving Offenses are Classified as a DWI?

Typical arrest reports will document “symptoms” or suspect’s manifestations such as slurred speech, strong odor of an alcoholic beverage, and sometimes report that he or she found an open container was inside the vehicle. Plus, with alcohol-related crashes, much more wreck-related evidence may be offered as correlating to impaired driving.

Related DWI Laws and Legal IssuesWhat are the DWI Penalties in North Carolina? 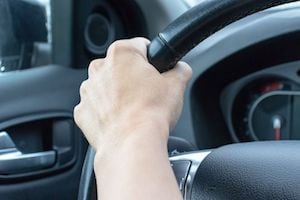 Facing a DWI charge in the Tar Heel State is very serious. Some people are concerned about car insurance rate increases. Three main reasons exist for this statement.

First, a NC DWI conviction never comes off your criminal history. Second, many jobs in 2020 and beyond will consider whether a driver having a DWI offense on his or her record is a good employment decision. Third, the State of North Carolina has an aggressive repeat offender laws when it comes to DWI NC punishment and long term effects of a conviction.

A DWI in North Carolina is serious business. A conviction can result in equally serious penalties, which can include heavy fines and fees, a driver's license suspension or revocation, community service, possibly in-patient treatment, and increased auto insurance rates. Of course, mandatory jail time is not unheard of for repeat offenders, and even for first time DWI offenders with a child under 18 in the car.

If you’ve been arrested or charged with “drunk driving” in either North Carolina or South Carolina, call the Powers Law Firm PA for a free consultation.