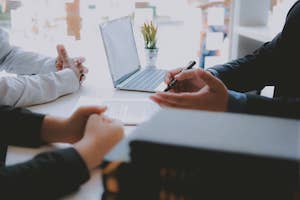 No one wants to get arrested for DWI, let alone convicted.

As defense lawyers, we truly feel for clients, knowing you’re not a bad person.

Accusations of DWI or DUI, depending on the state where charges are pending, carry consequences including the possibility of an immediate license suspension or revocation.

After an arrest, it’s not usual for clients to be stressed, worrying about their future, and at some level, to be in shock.

DWI attorneys, those with substantial trial experience, are accustomed to working through complex legal issues and guiding clients through difficult times.

That’s what we do.

We want to help clients understand the system and how courts work.

We want to provide you sound legal advice that you can rely on.

We want to clarify and explain the law, knowing there is a lot of misinformation out there.

And we want to do all that in a compassionate, kind manner.

"One of the toughest parts of my job is sharing bad news with good people. We are going to tell you the truth, even knowing those may be hard truths to hear."

It’s important to get right to work on your case.

Unlike many other felony or misdemeanor charges, there can be administrative sanctions just for getting arrested.

If you’ve been arrested for DUI in South Carolina or DWI in North Carolina, do not delay.

It’s our opinion that DWI charges are just different.

"People come to defense lawyers, sharing with us their understanding of the law or what they think the DWI laws should be. The divide between reality and perception is truly remarkable in some instances."

Part of our job includes clearing up well-meaning advice from friends, “barstool lawyering,” and misconceptions/misstatements of the law after Google searches.

Impaired driving is treated differently in the court of public opinion.

They’re different in their level of complexity in court and representation, involving highly technical and scientific evidence.

They’re different in how prosecutors and courts approach their disposition, often receiving special attention when it comes to calendaring and continuances.

They’re different in their severity in sentencing and the possibility of jail time even for a “DWI First” or a first-time offender, given the individual nature and circumstances of the defense.

They’re different in their interaction with more serious felony charges, particularly in the event of a fatality, possibly resulting in an indictment for murder, felony death by vehicle, or manslaughter charges.

They’re different in how even an accusation, without a conviction, can easily affect your driver’s license and your ability to remain employed. 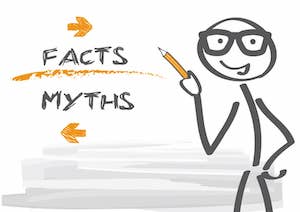 When accused of breaking the law, it’s normal for people to think about what happened and what led up to the arrest.

Getting arrested, we think, is a traumatic life-event.

National studies indicate the vast majority of people arrested for and accused of DWI charges have very little, if any, prior involvement with the court system.

People facing allegations of “drunk driving,” see themselves a law-abiding citizens and productive members of society.

They do not consider themselves a threat, they pay taxes, and they support their families.

"That’s where the disconnect begins. Clients regularly try to justify the conclusion that being a good person merits a dismissal of charges."

There are problems with that type equitable resolution and the dilemma of trying to balance an otherwise wholesome life with a mugshot down at the jailhouse.

One of the most common misconceptions associated with the DWI laws is that a clean record equals a dismissal of charges.

There are several separate areas of confusion on the issue, meriting thorough discussions with your lawyer about the realities of impaired driving and the court system relative to your case.

Here are some “hard truths” you should consider:

Clients often cite a clean record as a legitimate basis for the dismissal of charges. That exposes a fundamental misunderstanding of how the system really works.

The Court will consider the clean record if you are convicted. It generally is not a factor in deciding a thorny reasonable suspicion or probable cause issue.

For example, a Judge will not make a legal ruling stating, “Well, you’ve never been in trouble before. I’m going to grant this Motion to Suppress and Motion to Dismiss because you have a clean record and work hard to support your family.”

Legal decisions by the Court are predicated on the DWI laws and evidence adduced at trial or in a pretrial motion.

DWI defense attorneys review the merits of a case, looking to see if a conviction can be avoided.

"In that legal analysis, again relative to the dismissal of charges or an effective trial strategy, the lack of a prior record of arrests is largely irrelevant."