No one plans on “drunk driving.” Everyone understands getting arrested for DWI charges is a big deal. It has very real and sometimes very hard consequences.

“Clients, almost without exception, tell us, ‘I had no idea I was over the limit. I don’t believe in people driving while impaired.” 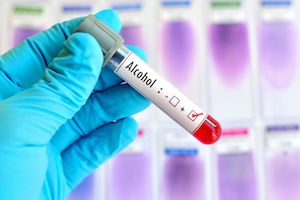 You don’t have to intend to commit the criminal charge, which is normally a misdemeanor charge in NC. That means drinking on an empty stomach isn’t a defense; neither is taking prescription medications or even being overly-tired.

As DWI lawyers, sharing that with clients is tough. The truth is, statistically speaking, people should refer to DWI First Offense as DWI only offense. The vast, vast majority people charged with DWI in NC (and the rest of the country for that matter), have little or no prior involvement with the court system.

Indeed, in most instances, it’s a one-and-done involvement with the criminal justice system.

That’s both good and bad. It’s good, because the changes of ever getting arrested again for DWI are pretty slim. It’s bad, because frankly the legal system is pretty unforgiving even for first-time offenders.

Unlike many other types of criminal charges, and it doesn’t matter if you’re talking about a felony or misdemeanor charge, there can be legal options like deferred prosecution, a conditional discharge, and even an amendment to a lesser included charge.

“I have for years lamented the fact that it’s less paperwork and hassle for the prosecutor to dismiss a felony drug charge than a DWI in North Carolina. In many ways, DWI charges in NC are treated both differently and more harshly.”

And that’s one reason why it’s so important to seek out legal representation from an experienced DWI lawyer.

Is There Such a Thing as DWI First Offense in North Carolina?

That term is Googled regularly, likely because some states have first offender deferral programs. It has a special legal meaning or designation.

Mind you, having a clean driving record is a mitigating factor under the criminal laws. Of course, so is a low BAC (.09 or less), or impairment due to a lawfully prescribed medication, and/or otherwise safe and lawful driving.

But other than that, there really isn’t a specific designation as “DWI first offense.” Instead, we have levels of DWI. The highest misdemeanor DWI charge is called A1 DWI (Aggravating DWI per “Laura’s Law) and then there are Level 1, Level 2, and Levels 3,4, and 5 driving while impaired sentencing ranges.

People occasionally also refer to DWI Second Offense for subsequent arrests. Again, that’s likely due to how other legal jurisdictions punish people for those types of charges.

In some ways it’s like how some states call it DUI vs DWI. They’re frankly all very similar, although there are technical differences. Some states allow for a reduction in charges to something called “Wet Reckless” or driving under the influence, like in South Carolina DUI laws.

For many people facing a DWI, this is their first criminal charge and they have no idea what to expect. If this is what you’re currently going through, you should contact an experienced DWI defense attorney to guide you through a sometimes complicated, stressful, and confusing court system. A DWI defense attorney can help alleviate the anxiety you’re feeling by answering your questions about the pending penalties you could face upon conviction. Plus, it normally helps people feel better, knowing there is someone out there on your side.

Is DWI a Felony or Misdemeanor?

In most instances, even if there is a related felony charge, DWI is a misdemeanor in North Carolina. Sentencing under the NC criminal laws is different for DWI charges and not handled under the misdemeanor sentencing chart.

There is a such a thing as felony DWI, although it’s more appropriately referred to as Habitual Driving While Impaired. It’s also important to note, DWI charges can be what criminal lawyers refer to as a predicate offense for serious felony charges such as second-degree murder, involuntary manslaughter, and an associated charge of felony death by vehicle.

Determining punishments for impaired driving is relatively complicated and requires consideration of a series of factors. That’s especially true for repeat offender charges, those involving a minor child in the vehicle (or person with a mental or physical disability inside the car at the time), and fact-patterns that involve serious bodily injury or even a fatality deemed to be the proximate cause of impaired driving.

EACH CASE IS DIFFERENT. IT’S IMPERATIVE TO SPEAK WITH AN EXPERIENCED DWI LAWYER TO DETERMINE YOUR LEGAL RIGHTS, OPTIONS, AND POTENTIAL WORST-CASE SCENARIOS IF CONVICTED.

Aggravating Factors – Beyond a Reasonable Doubt 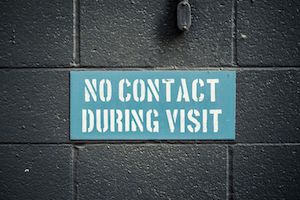 Prior to sentencing, (obviously that would first require a guilty plea and/or conviction of DWI) the judge will take into account whether or not you had any aggravated or grossly aggravating factors associated with your DWI charge.

Factors in Aggravating, by law, must be proven by the State in court Beyond a Reasonable Doubt. Mitigating factors in a NC DWI are proven by a greater weight of evidence and are the burden of the defendant to prove.