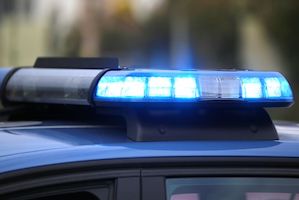 A DWI first offense in North Carolina can be deceptively punitive and create 1st DUI offense penalties that may be felt for years to come. Unfortunately, too many people arrested for driving while impaired underestimate the possible career devastation caused by a DUI conviction, the social stigma of criminal charges, and a criminal arrest history.

Impaired driving is a serious offense in North Carolina. There can be long-term consequences for a conviction, including big-picture items like:

If convicted, even a first DWI offense (alcohol or drugs) may never come off a person's criminal history. That’s because there is presently no way to obtain an DWI expunction or “expungement” of DWI charges in North Carolina, if found guilty or convicted, even after the passage of a substantial amount of time.

“People regularly call our law office, asking whether they can get their old DWI charges expunged. As a defense lawyer, it's sad to hear them explain what the conviction cost them personally. Unfortunately, some people didn’t take the charges seriously until it’s too late.”

Convictions do not “drop off” automatically and there is no currently no administrative relief to remove them from your record unless the DWI in North Carolina is dismissed by the Court, the District Attorney, or accused is found Not Guilty after a trial.

In North Carolina, driving while impaired is technically referred to as “DWI.” Google searches indicate most people still refer to the offense as “DUI” or “drunk driving.”

For the purposes of discussion, impaired driving may involve both legal and illegal substances. It doesn’t much matter if you personally prefer call it one of the many acronyms such as DWI, DUI, OWI, OUI, OWAI, et al. Don’t worry, if you call our office, we’ll understand what you’re talking about.

You may be appreciably impaired by alcohol and even prescription drugs. Often times people associate “being under the influence” with drinking and being “drunk.” DWI charges are not limited to alcohol alone.

Impairment, as a matter of law, is a bit more expansive in nature. DWI in North Carolina also does not require being drunk. It requires only a noticeable or perceptible loss of mental and/or physical functions. The controlled substance, and how it affects the person charged or arrested, need only be “appreciable.”

As such, it doesn’t matter whether you call if a 1st offense DUI or DWI. The court system covers impairment by all substances under N.C.G.S. 20-138.1. The key is whether someone is legally impaired by those substances, which may be proven in several different ways.

After being arrested for a DUI first offense, some people automatically assume they have no chance for a positive outcome. Thus, some accused of a first DUI offence for being under the influence of alcohol, or impaired by drugs, choose to represent themselves, pleading guilty without fully considering the charges and whether legal defenses may exist.

We believe that’s a mistake.

DWI charges carry consequences. They deserve a careful review, by an experienced criminal defense lawyer, of the facts and law surrounding the charges. Even if a guilty plea is the most appropriate option, criminal lawyers help guide people through the court system and NCDMV.

We also think it’s a mistake to assume, “North Carolina DUI laws first DUI penalties are only a misdemeanor, which is no big deal.”

Other DUI punishments can be added under DWI sentencing under N.C.G.S. 20-179 such as community service hours and being referred to an alcohol and drug counselor for assessment of drug or alcohol dependency and treatment, where needed

This DUI 1st offense article explains why a first time DUI-DWI can mean trouble. A first time DUI offense can come back to haunt you in unexpected ways.

Think ahead to the financial impact to your insurance rating, being placed in the “reinsurance facility” or other high-risk insurance group, or how having an ignition interlock device ** could curtail both your business life and personal relationships.

**An ignition interlock “blow and go” is NOT required in every instance; but, it’s important to fully understand the nature and consequences of your individual criminal charges and when an interlock may or may not be required.

Under North Carolina DWI laws, the arrested driver may have both an administrative suspension and a criminal suspension to endure. These suspensions are related both to the implied consent law in North Carolina and to NC DWI laws, which are explained more fully below and in the attached links to our website.

An ignition interlock may be required, together with other condition-precedents, if the BAC was .15 or higher and the accused is found guilty or pleads guilty.

The interlock laws in North Carolina (and DWI laws) are notoriously complex. Each case is different.

We recommend you call our office for a free consultation or speak with another attorney well-versed in the NC DWI laws to explain your legal options given your unique circumstances and DWI charges.

You may also reach Bill Powers directly by email: Bill@CarolinaAttorneys.com

When a person has refused a breath alcohol test (or blood test or urine test) under N.C.G.S. 20-16.2 notice of a Willful Refusal is required to be “transmitted” (sent) to NCDMV for administrative action.

Under the NC Implied Consent Law, willfully refusing to submit to testing pursuant to an “implied consent” offense is supposed to result in the immediate suspension of a NC driver license.

Refusing to submit to a blood testing, again consistent with 20-16.2, also may result in the designation of a Willful Refusal and the negative consequences associated with a refusal.

An officer may apply for and receive a search warrant for your blood, which will reveal the blood alcohol level or concentration relative to operation of the motor vehicle in the case. Blood testing can also involve testing for substances other than alcohol, including marijuana, benzodiazepines, and other legal and illegal controlled substances.

In some instances, a blood sample may be “compelled,” even without a valid Search Warrant.

An NC DMV administrative suspension can be extended all the way to lasting for a full year and this is for the first-time DUI-DWI offender.

Depending on the circumstances of your case, you may qualify for a limited driving permit after six months of this suspension has been served and if the DWI charges have been handled/closed out and all the conditions of the judgment are in compliance, including but not limited to:

An administrative license suspension is not the only loss of license penalty you may face. Once you have been convicted of a DWI, the court may suspend your license as an aspect of the punishment. This suspension may be in addition to any that is imposed by the DMV.

Who is Considered a First Offender under NC DWI Laws?

While this article covers the penalties that would be imposed for a first offense DUI, NC technically has an unlimited “lookback” period.

For the purposes of an active jail sentence or period of incarceration, it’s important to consider the 7-year “lookback” as defined as a Grossly Aggravating Factor. That period is measured by date of last conviction to date of new arrest.

Courts are authorized in certain circumstances to consider convictions outside the 7-year look back.

This method of determining what is a second offense DUI-DWI is one of the more inclusive/expansive of any state's DWI/DUI laws. Of course, the person facing his or her first offense in their lifetime would hope for the lowest level of punishment in the Tar Heel State (Level V).

It’s possible to get active jail time even with no prior DWI conviction in North Carolina. A prior conviction for DWI is but one factor the Court must consider at the sentencing hearing, obviously assuming there is a conviction in the first place.

Our senior DWI attorneys (Bill Powers) has decades of legal experience. We firmly believe hiring an experienced DWI lawyer to investigate and litigate your DWI in NC is a smart move. Loss of driving privileges for a DWI conviction is a penalty that disrupts daily life.

Even a temporary, administrative revocation/suspension can adversely affect your ability to drive, to work, and to provide for your family. 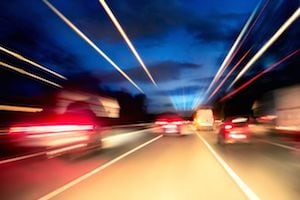 The consequences and penalties associated with a first DUI offense in NC may be considered “harsh” by some. Others think the NC DWI laws related to a driving under the influence conviction need to be more severe, especially instances where someone is hurt or killed due to “drunk driving.”

The key word is “conviction.” Convictions for allegations of criminal charges are ordinarily associated with criminal law, so the answer to “is DUI a criminal offense in North Carolina” is, YES. It’s important to consider that there can also be civil, administrative consequences of a charge, arrest, and/or conviction for DWI in North Carolina.

There are also instances when DWI charges can be a felony offense in North Carolina such as habitual DWI. Impaired Driving may also serve as a predicate offense for other, related criminal charges including:

Additionally, a DWI conviction is for LIFE, since driving while impaired (DWI) is a crime for which no deferment, expungement or criminal record restriction is EVER available in North Carolina (under the current NC DWI laws).

Plus, the DWI in North Carolina will be on your driving record for police and prosecutors to see for LIFE if convicted. It will be visible on DPS, BMV, DMV records across all states.