North Carolina has recently updated the laws regarding clearing your record and expungements.  We're here to help answer your questions and see if you're eligible for an expunction – Bill Powers 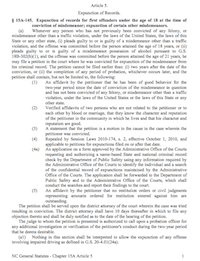 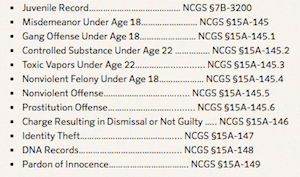 MORE INFO: How Do I Clean Up My Criminal Record 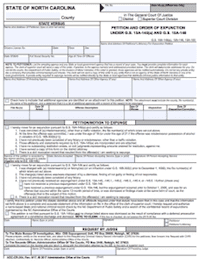 2018 UPDATE: The laws in north carolina regarding expunction of dismissed charges has recently and substantially changed. Prior exceptions and limitations have been modified, allowing multiple expunctions for certain charges and extended time periods. There are still important limitations. Call now for a free consultation.

Hey, I'm Bill Powers. Thank you for checking out our website. We have a whole lot of different materials available to you. Look around. I encourage you to click here and click there and we have sample forms. We have the different sentencing guidelines and the whole point of this is to provide you information. We want to provide information. We think good information makes for good or better decisions. You may have seen in the news lately that North Carolina has recently made some pretty substantial changes to our system. I don't know if everyone realizes how big those changes are going to be but it involved juvenile justice and by the way I've been in favor of this for years. I've been speaking on this for years where North Carolina was one of the last states. In fact I think we may have been the last state that still prosecuted 16 and 17 year olds as adults and that's not to say that it can't still happen.

There are possibilities for it but the point of the matter is where do the charges start and effective now, pretty soon, almost immediately, it depends on when you're watching this video we're going to see more and more and more 16 and 17 year olds charged in the juvenile court's system as opposed to good ole' fashioned district court and superior. Now, it's important to realize three or four different points and I'm always available to answer more questions here but what does that mean to be charged in a juvenile system? Does it mean they're not felonies? They're not misdemeanors? The answer is, it's actually the same law as in what is a larceny versus what is possession of drug paraphernalia. What is a misdemeanor versus what is a felony. That law still remains the same. So, all the charges and the types of cases are all the same. It's all the same case law, all the same materials regarding what fundamentally, what it means to be charged with those things.

The primary difference is that instead of being in district court and the process of district court or superior court and the punishment for that which are related, you're in juvenile court which has a lot more complicated processes for lack of a better term. Now, I've done juvenile law for a lot of years in North Carolina. Gosh, I don't even want to venture a guess that’s how many thousands of cases I've handled and juvenile court has always been treated differently in our systems because there actually is more power and authority in the courts to control and get parents involved with juvenile cases. So, for example if you were a juvenile which has traditionally been you know, under a certain age. I don't want to get too much in the weeds here because we're changing the very definition of what a juvenile, but let's say you were 16 years old and you were charged with a felony, a felony larceny, breaking in cars or something like that or felony breaking and entering, or felony breaking and larceny, you may have been immediately charged as an adult.

You may be sitting in Mecklenburg County jail or one of the surrounding you know detention facilities regarding jail. Now, I've got to be careful because that term, a detention facility, I'm already starting to talk about juvenile law here. You may be sitting in jail and if your parents don't come pick you up, that's just tough luck. You're an adult in the system. In juvenile court, in a juvenile detention facility the parents remain and continue to have responsibility for their children until they become adults, before they reach the age of majority and so in juvenile court we see cases where the Department of Social Services, Child Protective Services, DSS, whatever you want to call it becomes involved. They get a referral from the court and the court says you don't just to keep your kid in detention or jail or wherever they may be. What's going on at home? What's going on with school? What's going on in with your supervision of the child because in juvenile court there's a determination. 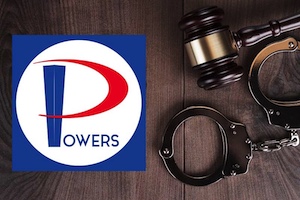 We call it an adjudication of delinquency. So, in traditional, as in adult court, in misdemeanor court, in family court you'd hear guilty or not guilty. In juvenile court you tend to hear the term he was adjudicated, she was adjudicated, delinquent and then the question is where do they go after there? Heck, actually in adult court there may be more deferral type of programs where you do some classes, maybe do some community service and they drop the charges. In juvenile court there may be a longer term intervention, interaction by the courts with the juvenile loved ones or their families or their care takers, whatever the case may be. It's not more difficult. In some instances juvenile court, frankly the reason we're doing this is to try to prevent long term records on people when their you know, their brains aren't fully developed, they're juveniles, but it is certainly complicated and it certainly can be convoluted at times and it certainly helps to have someone in court standing next to you that understands these different things, the differences.

It's also important that realizes the fact that there are some offenses that still may be transferred to adult court and we call that a transfer hearings and it's for the more serious level of felonies. So, it would be nice to have someone who understands juvenile court, who can get you through the juvenile court system, the juvenile justice system and is involved from beginning, soup to nuts, beginning to end if there is a transfer and you don't have to find yet another lawyer to transfer down to superior court. So, if you have a loved one that's in a detention facility, if you have a loved one that's in jail, whatever you want to call it and it looks like they're going to charged with juvenile offenses, give us a call. We're here to help. We give a free consultation. We'll explain to you the process. We'll ask a lot of questions. That's because there's a lot to know, a lot to figure out and then we'll give you our honest opinion about what we think is the most appropriate way in which to proceed.

Consultation's always free on criminal defense in our office. Consultation is always confidential, meaning we don't share it with anyone and we're not here to embarrass you. We're not here to give you a hard time. We're here to provide help. I'm a father myself. I'm a parent. You know, I get juveniles. I get kids and not just from being a lawyer in the system but having one myself and so it'd be an honor. It'd be a pleasure to maybe answer some of your questions and hopefully help you out. So, 877-462-3841 and I'll look forward to hearing from you.