By Bill Powers, National Board of Trial Advocacy – Board Certified Criminal Law Specialist 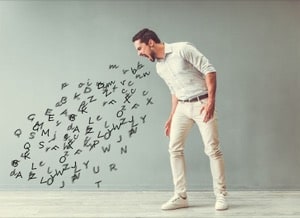 Words can be powerful. . .and may carry legal consequences. That’s true if you have a civil case or a criminal case in North Carolina. Communicating threats North Carolina, while normally NC misdemeanor charges, are serious criminal charges.

Under Chapter 14: Criminal Law, Communicating Threats is a Class 1 misdemeanor if the state of North Carolina (through the prosecuting attorney or assistant district attorney) can make out a prima facie case on the following legal elements of a crime:

Communicating Threats NC do NOT include exaggerations or jokes, although how one infers the statement is subject to the reasonable person standard, making them “state of mind” criminal charges in North Carolina.

Is Communicating Threats NC a Felony or Misdemeanor Criminal Charge?

One would be remiss in failing to further note that communicating threats charges in North Carolina may affect pending civil litigation in Family Law cases, including complaints for Divorce, Motions for Child Custody and Visitation, etc.

What is Communicating Threats in North Carolina? 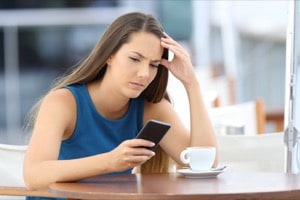 People blow off steam in different ways, saying things they later regret. The criminal defense attorneys at our law firm will ask a lot of questions about the nature and circumstances of the alleged threat.

That’s because part of developing a defense strategy for communicating threats charges in North Carolina requires a careful analysis of what a reasonable person in like or similar circumstances would believe.

For example, we all occasionally may be hyperbolic in our frustrations. We may exaggerate, saying, “Oh, that person makes me so mad, I could just kill them.”

Is that communicating threats in North Carolina? Would a reasonable person believe the threat, and did they further believe the person accused of the criminal charges would follow-through the threat and actually kill them?

Top 3 Things to Do If Arrested

Was the threat expressed to a person or communicated in any way? Does it matter whether the person ever received the threat? What happens if a third party, someone not the subject of the threat, repeats the statement? Is that communicating threats in North Carolina?

Can you be charged with Communicating Threats and Affray or Assault or Assault and Battery or other criminal charges or Domestic Violence charge like Assault on a Female in North Carolina?

What Should I Do If I Was Arrested for Communicating Threats? Should I Apologize? 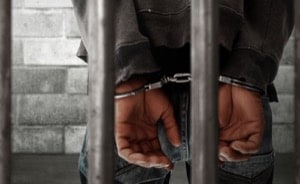 You may have heard the old saying, “Don’t just stand there, do something.” In the law, our defense lawyers regularly switch that up, advising people seeking legal representation for criminal charges to:

Don’t just do something, stand there.

Further communications with someone who has instituted a NC Criminal Summons or NC Warrant for Arrest, are generally a REALLY bad idea. In fact, even trying to apologize may:

Communicating threats in North Carolina is not limited to something you say to a person, either in-person or on the phone. The NC criminal laws allow the state to prosecute matters involving ANY form or method of communication, including texts, instant messages, or social media accounts.

Contrary to popular belief, apps like SnapChat keep records of the communications, even if you can’t personally see them after a certain amount of time. Any form of communication, whether an initial threat or later apology, may serve as potential evidence against you in a court of law.

That’s true if you have a civil case - or a criminal case. Under the Rules of Evidence in North Carolina, statements made by the “party opponent” may be used against you, even if you do not testify. Furthermore, use of your own statements against you as evidence may not be subject to Miranda Warnings or the 5th Amendment against Self Incrimination.

Lawyers experienced in handling allegations of communicating threats, both family law attorneys and criminal defense lawyers in Charlotte NC (and Iredell County and Union County NC), understand the potential implications of such criminal charges to your good name and permanent record.

It’s important to consider your legal options. It’s also important to stop talking, limit all forms of communication with the person making the accusations of criminal charges, and seek legal representation.

Everything you tell the defense attorneys at our law office remains strictly confidential. That means lawyers keep secrets.