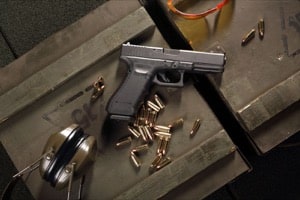 Weapons charges throughout the United States, including North Carolina courts, receive heightened interest, and to some extent, scrutiny. Irrespective of the nature or type of weapon at issue, be it a gun, knife, or other deadly weapon, Carrying Concealed Weapon CCW is a serious criminal charge.

While some may think we have become a less kind society in recent years, the truth is, the United States has always embodied a certain level of violence and obsession with deadly weapons of all sorts. Indeed, in 1804, Founding Father Alexander Hamilton, co-author of the Federalist Papers, and trusted confidant of President George Washington, was killed in a duel.

The third Vice President of the United States, serving during the Presidency of Thomas Jefferson, lost his life in a voluntary duel (like his son) on the edge of the Hudson River in New Jersey. As a matter of honor, a challenge by duel was issued by Aaron Burr due to perceived insults issued by Hamilton in letters, correspondence, and public commentary in the then-existing media. As with many duels of the time, there were carefully prescribed rules of engagement.

How Important is Good Legal Advice?

A certain level of precision was afforded to duels of honor, the primary aspects of which reflected a sense of advance warning, fair play, and openness in the manner of shooting at one another. Indeed, great care and attention was given to ensure fairness, hopefully to avoid both foul play and an unfair advantage of one combatant over another.

That concept of an “unfair advantage” in a fight, whether it be by formalized duel or other confrontation, remains to this day in the NC criminal laws and criminal charges for carrying concealed weapon CCW in North Carolina. Experienced defense lawyers may refer to such matters simply as “CCW” or some other iteration of CCW followed by the type of weapon, such as: 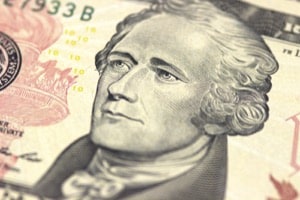 The NC criminal laws that address such cases are set forth in Chapter 14 – Criminal Law, Article 35 “Offenses Against the Public Peace” and N.C.G.S. § 14-269 “Carrying concealed weapons.”

While not difficult to understand that carrying concealed weapons may include things like guns, pistols, and knives, what is remarkable about Chapter 14-269 is the length to which the NC General Assembly describes weapons subject to prohibition. Indeed, many if not most people likely have no idea what some items are proscribed weapons, such as:

What Happens if I Go to Court By Myself?

Furthermore, there are some types of weapons charges in North Carolina that prohibit possession of the weapon itself, whether or not it is concealed on the person facing allegations of criminal charges. There is another item, that likely could be deemed a deadly weapo n, that is not be subject to the carrying concealed weapon CCW statute, namely, an “ordinary pocket knife.”

Is Carrying Concealed Weapon CCW in North Carolina a Felony or Misdemeanor Charge?

Weapons charges in North Carolina can be both misdemeanor or felony charges. A first offense of the NC Carrying Concealed Weapons CCW statute, N.C.G.S. 14-269(a), is a Class 2 Misdemeanor. A second and any subsequent violation of the CCW NC criminal laws is a Felony Class H criminal offense. 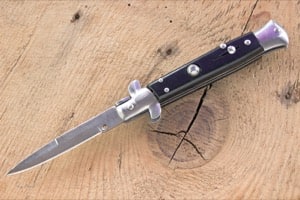 To make out a prima facie case for Carrying Concealed Weapon CCW Gun in North Carolina, the state of North Carolina (the Prosecutor in NC / Assistant District Attorney) must prove each and every element Beyond a Reasonable Doubt:

What Does Carrying Concealed Weapon CCW in North Carolina Mean? What Is “Concealed?”

The NC criminal laws make it illegal, unless authorized by permit or some other exception of the NC Concealed Carry Laws, to carry “about his person” concealed weapons. That does not necessarily require the weapon be on the physical person (or body) of the person facing accusations of criminal charges.

“About the person” is intended to include places near or close-by the Defendant, where the accused may have ready access to the weapon at issue. Generally speaking, the CCW laws include concealed weapons that are within the control or reach of the accused. Defense lawyers may occasionally refer to that as the “lunge area” of the Defendant.

4 Things You Should Know About Lawyers

While certain weapons may be lawful to carry either via “open carry” or the NC concealed carry laws in certain limited circumstances, there are types and categories of weapons in North Carolina that may not be possessed by the general public at any time, or for any purpose, including but not limited to:

NOW IS THE TIME TO RETAIN LEGAL COUNSEL if you are charged with violations of the NC Criminal Laws and Carrying Concealed Weapon CCW in North Carolina.

You may reach Bill Powers directly via email at: Bill@342HELP.COM