*For additional information regarding the criterion for inclusion or membership for lawyer associations, awards, & certifications click image for link.
Home
Practice Areas
Criminal Defense
Burdens of Proof in Criminal Court and Civil Court 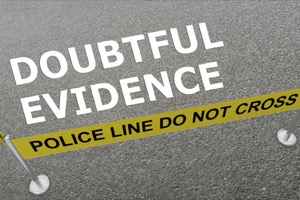 You may be aware of the standard of proof required to convict a defendant of a crime. No doubt, you most likely have seen countless crime drama movies, TV shows and the like uttering phrases Proof Beyond a Reasonable Doubt or Innocent Until Proven Guilty.

What those terms actually mean, even to experienced lawyers in North Carolina and South Carolina,is subject to some level of interpretation. Indeed, what is “reasonable” or what is a “doubt” are often the core arguments in jury trials and criminal charges, both felony or misdemeanor charges.

However, most people are not aware of what this term means nor are they aware of the different standards of proof that exist in our justice system. Burden of Proof is not limited solely to criminal charges.

In any legal action, including lawsuits for accident injury cases and even family law matters, such as divorce, child custody, and domestic violence cases, the person bringing the legal action, whether it be the State, through the prosecutor or solicitor, or the Plaintiff seeking relief from the Court, carries the “burden” of proving their case.

Those burdens vary, depending on the nature of the case or type of criminal charges. It makes a difference whether the issue in dispute is in civil court or criminal court. The rules for the “burdens of proof” are an important part of the legal system.

Beyond a Reasonable Doubt 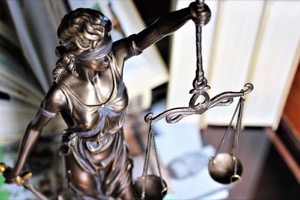 In a criminal case, the prosecution has the burden of proof to show “Beyond a Reasonable Doubt” that the defendant is guilty of committing the crime as charged. The “State” is represented by the prosecutor or solicitor, depending upon the jurisdiction, whether it be in Charlotte in North Carolina (the Prosecutor / District Attorney) or in Rock Hill, South Carolina in York County (the Solicitor).

The “State” is required to prove each and every element of the offense “Beyond a Reasonable Doubt.” That is their “burden” or “burden of proof.” Under the criminal laws and US Constitution, the person facing allegations of criminal charges is presumed innocent. They are allowed, but not required, to present evidence. As such, the State carries the burden to overcome the presumption of innocence.

The only presumption in criminal court, from the beginning of the trial until the end of presentation of evidence, is that the Defendant is “not guilty” and did not commit the crime as alleged. Only after the jury is instructed as to the legal standards of proof and the criminal laws at issue, may the jury begin their deliberations. Until a jury in a criminal trial is given the relevant law and jury instructions, the presumption of innocence remains.

Proof Beyond a Reasonable Doubt is generally proof that “fully satisfies or entirely convinces” a judge or jury the person accused of criminal charges is in fact “guilty.” In some criminal legal matters, the “finder of fact” is a judge, rather than a jury.

Proof Beyond a Reasonable Doubt is not a vain or fanciful doubt. It does not mean proof beyond any or all doubt. It is doubt predicated on common sense, reason, and life experience. At the same time, it is also something more than just reasonable doubt. It’s “beyond” reasonable doubt.

It is the highest legal standard, reserved solely for criminal charges in both State Court or Federal Court, misdemeanor or felony criminal cases.

Proof Beyond a Reasonable Doubt means there is no other logical assumption from the facts other than the defendant is guilty of the crime for which he or she is accused. That is, no dispute exists as to the defendant’s guilt and no other reasonable alternative or explanation can be derived from the facts except for guilt.

Criminal charges change lives. Depending on the nature and circumstances (and severity) of the criminal charges, people can be deprived of their “liberty.” That means they can go to prison or serve jail time if convicted. The stigma associated with being convicted of a felony or misdemeanor is often indelible.

As such, before taking away a person’s liberty and potentially their life (death penalty cases), our legal system and society demands the exacting standard of proof is met by the prosecution (the State).

Evidence that is “clear and convincing” relates to civil actions and not criminal charges.

The clear and convincing burden of proof is applied to several areas of law including:

Preponderance of the Evidence

In order to satisfy this burden, the party with the burden of proof must show that it is more likely than not that a fact or event occurred. That is, the proponent (the Plaintiff) must show that there is a greater than 50% likelihood the fact occurred.

Sometimes that is referred to as “more likely than not.”

This standard of proof is used in civil actions, such as negligence for accident injury cases, wrongful death claims, and legal issues involving money damages.

The Fourth Amendment to the United States Constitution protects citizens from unreasonable searches and seizures of their person or property. That is, the government enforcement agency of the State (the police) must have probable cause to:

Probable cause exists when the facts and circumstances are sufficient in themselves to warrant someone of reasonable caution to believe that an offense has been or is being committed.

This is lowest standard that has to be met by a government enforcement agency of the State. Reasonable suspicion usually applies to the appropriateness of the stop of a person. That is, for law enforcement to perform an investigative stop of an individual, they must have specific, articulable, and individualized suspicion that criminal activity is afoot.

Reasonable suspicion is not a “hunch.”

Legal Representation in Civil Court or Criminal Court in the Carolinas

If you Googled, “Lawyers Near Me,” in North Carolina or South Carolina, our law firm is available for consultation in our Charlotte NC Law Office, Rock Hill SC Law Firm and Monroe NC Attorney Office: By Appointment Only