Under South Carolina Code § 16-13-110, shoplifting is criminal charge where the defendant is accused of trying to defraud a business or merchant not paying the retail price for their items.

Depending on the value of the items taken criminal offense during the “shoplifting,” the Defendant may face either a felony or misdemeanor in South Carolina.

Being charged with (accused of) a criminal offense does not mean you are automatically convicted (or guilty). There are instances of mistake of fact, false accusations, and wrongful arrest.

In order to be convicted of a criminal offense, the State (the prosecutor is often referred to as the “solicitor”) must establish the necessary elements to prove a crime was committed beyond a reasonable doubt.

The “essential elements” for shoplifting in South Carolina generally include allegations that the accused:

Shoplifting is a specific intent crime, meaning that the prosecutor must prove that the Defendant meant to deprive the store or merchant of receiving full value for the item(s).

As such, not only must the “act” itself be proven, but also that the Defendant had the “guilty mind” known as mens rea to commit the crime. Defense lawyers in South Carolina may also refer to mens rea as the “evil” or “guilty” mind.

Intent can be inferred (surmised, gathered, deduced) from the Defendant’s actions (i.e. willfully and/or intentionally concealing the items).

It is important to note that simply attempting to conceal an item or merchandise in a store may also be considered an attempt to shoplift and potentially result in allegations of shoplifting and the resulting criminal charges.

The Defendant enters into a department store in Lancaster, SC. The Defendant takes a brand new pair of shoes, puts them in a bag, and leaves the store without paying. The shoes are priced at $120. The Defendant may be charged with Shoplifting in South Carolina. Such an offense likely would be considered a Misdemeanor offense because the item taken was valued less than $2,000.

The Defendant is at an electronics store and notices that the cabinet holding new cell phones is unlocked. The Defendant takes two boxes, each containing the ten of the phones, puts them inside his jacket, and leaves the store. The value of the items exceeds more than $10,000. The Defendant may be detained and arrested for Felony Shoplifting in South Carolina. The maximum punishment for such an offense could be up to ten years in prison. 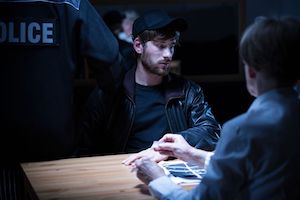 It is possible to challenge the elements for Shoplifting, most commonly the specific intent element. However, you should consult with an experienced criminal defense attorney about your case to determine the most appropriate defense(s) based on your circumstances, especially if you have been falsely accused of criminal charges.

Shoplifting can be a misdemeanor or felony offense in South Carolina depending on the value of the merchandise. The following chart breaks down the penalties for each:

Other potential penalties for shoplifting charges can also include being banned from the store where the charges arose, civil lawsuits for monetary reimbursement, possible permanent criminal record, etc.

If you are facing criminal charges for Shoplifting in South Carolina, you should contact a criminal lawyer in York County SC immediately. It is important to remain silent, not provide a statement, or admit guilt.

Take the fifth. Exercise your Constitutional Rights. Ask to speak with a lawyer.

Call today to schedule a free consultation for your criminal charges. It doesn’t matter if it’s a felony or misdemeanor charge.