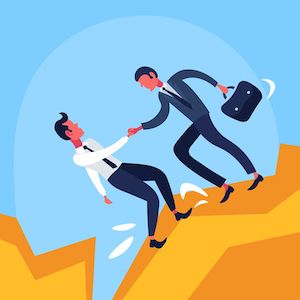 Burglary in the First Degree under South Carolina Criminal Law 16-11-311 is a felony criminal offense characterized by the defendant unlawfully entering the residential dwelling of another person either at nighttime, with intent to commit a crime once inside, or the Defendant has a prior record of burglary offenses.

The Solicitor (or “prosecutor”) must prove each and every element of the crime beyond a reasonable doubt in order to convict a defendant of criminal charges in South Carolina.

The elements required to prove Burglary in the First Degree generally include the following:

It is important to note that a defendant can still be charged with first degree burglary if he or she stole a deadly weapon from the dwelling, but initially entered the dwelling unarmed.

2. Examples of Burglary in the First Degree

After midnight the Defendant enters a house in downtown Fort Mill through an unlocked downstairs window. The homeowners are an elderly couple who are both asleep upstairs. The Defendant intends to steal their jewelry and silver in the house. Once inside, the Defendant begins searching through drawers and bathrooms looking for jewelry. The Defendant finds a few pieces of costume jewelry and exits, disappointed he didn’t find anything of value. The elderly only learned of the burglary after reviewing security camera footage. The Defendant can be charged with Burglary in the First Degree, a felony criminal charge in South Carolina.

The Defendant breaks into a house in Rock Hill, SC around 2 AM by picking the lock on the backdoor. Once inside, the Defendant plans to steal the owner’s wallet and leave. However, when the Defendant gets inside the house he can’t find the wallet. The Defendant hears a noise and gets scared and leaves. The Defendant can be charged in York County with Burglary in the First Degree, a felony offense. Even though the Defendant didn’t succeed in stealing the wallet, his intent (mens rea) is sufficient for proving this offense.

The Defendant and his friend break into an apartment in Lancaster, SC. When they get inside they discover the owner is still awake. The Defendant’s friend pulls a gun from his waistband and threatens to shoot the homeowner if he moves. The Defendant immediately flees the apartment because that wasn’t part of their plan. The Defendant can be charged with Burglary in the First Degree, a felony offense. Even though the Defendant wasn’t armed with a dangerous weapon, his friend was - which is sufficient for establishing the elements for this offense. Criminal charges may also include Kidnapping under SC Criminal Code Section 16-3-910.

4. Defenses to Burglary in the First Degree 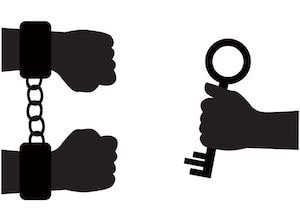 A Defendant may seek to defend against a charge for Burglary in the First Degree by challenging the elements. For example, evidence the Defendant prove they did not intend to commit a crime inside the dwelling or prove that consent was given for the Defendant to enter the residential dwelling may serve as a valid defense to criminal charges. Other defenses, such as mistake of fact or necessity, may also exist depending on the nature and circumstances of the burglary charges.

Under South Carolina Code 16-11-311: Burglary in the First Degree is a Felony offense. It is considered to be a violent crime and is the most serious of the Burglary offenses under Title 16 of the South Carolina Criminal Code “Offenses Against the Person.”

If convicted of Burglary in the First Degree, you could face a minimum of 15 years in prison up to life in prison. The length of your sentence is left in the discretion of the Sentencing Judge.

6. Criminal Defense for Burglary in the First Degree

If you or someone you know has been charged with Burglary in the First Degree, you should contact an experienced criminal defense attorney immediately.

Burglary charges in South Carolina carry severe consequences if convicted and can therefore have a long-lasting impact on your future.