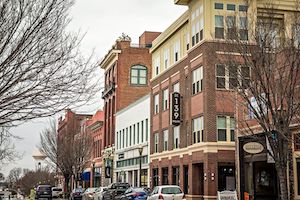 To prove the crime of Robbery and Attempted Robbery While Armed with a Deadly Weapon, the State must be able to prove Beyond a Reasonable Doubt:

“Robbery” is defined under common law as the taking of property from an individual or in the presence of an individual by threat or force. Robbery without the use of a deadly weapon is also referred to as “strong armed robbery” in South Carolina.

Under South Carolina law, “attempt” means (1) intent to commit a crime and (2) steps or conduct towards the completion of that crime. The state must prove both for an “attempt” crime.

Defendant has been laid off from his job in Rock Hill, SC due to the ongoing coronavirus crisis. Defendant has rent that is due in a week and his landlord is not budging on the deadline to pay. Landlord threatens to evict Defendant from his apartment in Ft. Mill if he does not pay in a timely manner. Defendant decides he needs to take matters into his own hands. Defendant decides to rob a business executive who lives in York County, South Carolina. Defendant hides in the bushes in the executive’s neighborhood and jumps out when the executive walks by with his dog. Defendant puts his finger in his jacket and presses it to executive’s back. Defendant demands that executive give him all the money in his wallet or he will shoot him. Executive gives defendant $2000 cash out of his wallet. Defendant can be charged with robbery with a dangerous weapon.

Defendant really wants neighbor’s new golf clubs that he bought. Defendant decides he will rob neighbor while neighbor is playing golf. After neighbor hits a shot in the fairway, Defendant runs up and holds a sling shot to neighbor’s head. Defendant demands the neighbor to hand over the golf clubs. Neighbor, unbeknownst to Defendant, is a first degree black belt. Neighbor swiftly drops Defendant to the grass with a leg kick to Defendant’s temple. Defendant can be charged with attempted robbery with a dangerous weapon. 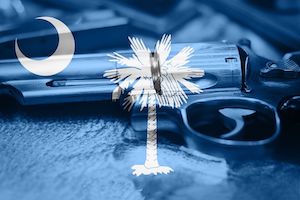 Defendant also potentially has a defense if they can prove abandoned the crime in a timely fashion. However, this is not a very solid defense.

5. Penalties for Robbery and Attempted Robbery While Armed with a Deadly Weapon

The crime of Robbery while armed with a deadly weapon is a felony which carries a maximum period of incarceration of thirty years in a South Carolina state correctional facility. The Defendant must serve at least seven years of his or her sentence before he or she is eligible for parole.

The crime of attempted Robbery while armed with a deadly weapon is a felony which carries a maximum period of incarceration of twenty years in a South Carolina state correctional facility.

6. Criminal Defense for Robbery and Attempted Robbery While Armed with a Deadly Weapon

If you have been charged with attempted robbery or robbery while armed with a deadly weapon, you need to seek an experienced South Carolina attorney immediately. This charge carries the potential for substantial prison time with mandatory minimum sentences.

You need to be apprised of any defenses you may have to this charge and you need an attorney who knows how to protect your rights. At Powers Law, our South Carolina attorney will tirelessly advocate on your behalf in court.