*For additional information regarding the criterion for inclusion or membership for lawyer associations, awards, & certifications click image for link.
Home
Practice Areas
Criminal Defense
Domestic Violence, Assault & Battery
What Happens if I was Arrested for Domestic Violence?

What Happens if I was Arrested for Domestic Violence? 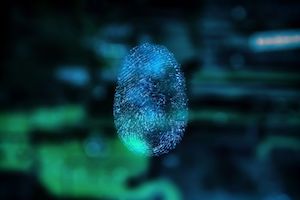 If you were arrested for “domestic violence,” that may be for charges like Assault on a Female, communicating threats, injury to personal property, and interfering with 911 communications. A lot depends on what happened and your individual circumstances.

What you may not realize is that there may also be other civil issues to address in court, such as a 50B Restraining Order or Domestic Violence Protection Order. You may have heard those called a “50B” or “DVPO.”

As such, the first thing you should do is look at and read the paperwork served on you. Look to see if you have a 50B date, in addition to a court appearance for the criminal charges. If you lost your paperwork in the shuffle of getting bonded out, don’t worry. Your defense lawyer should be able to obtain a copy from the Clerk of Court’s office.

Getting charged and arrested in Charlotte may be the end of a mentally taxing, traumatic experience at home.

“It’s not at all unusual for people to be in a state of shock after an arrest, not knowing what to do. That’s what we’re here for. We’ll explain the charges and immediately begin preparing your defense strategy.” Bill Powers, Criminal Defense Attorney in Charlotte NC

There is a lot going on after an arrest. Getting locked up and taken to the Mecklenburg County Jail starts a process, one that can be a bit discombobulating if you have no prior experience with the criminal justice system.

Top 3 Things to do if You Were Arrested

We understand the trauma of getting handcuffed and placed in the back of a patrol vehicle. The drive to the Intake Center at the Jail may seem surreal, if not more than a little bit embarrassing.

It’s also entirely normal to have a lot of questions like:

What Happens After an Arrest for Assault? What Happens if I was Arrested for Domestic Violence? 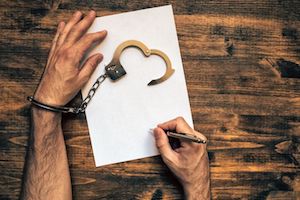 If you’ve been arrested and taken to jail, right off the bat, take this legal advice: Don’t hassle the police. Be polite. Don’t argue with police or try to talk yourself out of the arrest.

Indeed, our defense lawyers think the best things to do are invoke your right to an attorney and remain silent. Ask for an attorney. You have the right to remain silent. Exercise that Constitutional Right, the Fifth Amendment. Plead the 5th.

Ask to use a phone and call our criminal defense law firm in Charlotte. The number is easy to remember: 877-462-3841. You may also reach Bill Powers via email at Bill@342HELP.com

You should cooperate by giving your name, address, and other personal information when asked by the police officer or Magistrate Judge. That does not mean you should waive your Miranda Rights.

The Mecklenburg Sheriff’s Office handles arrest processing at the Mecklenburg County Jail and Intake Center. They are allowed to take your picture, fingerprint you, and run a background check.

Giving jail personnel, sheriff's deputies, and police officers a hard time will only keep you in jail longer. Cooperate to the extent that they may handle the normal arrest procedures, including taking a mugshot.

Being cooperative and polite does NOT mean you should give a statement or try to explain what happened. Don’t talk about the case. Don’t waive your right Miranda Rights. Stay silent.

Ask to speak with a lawyer and stop talking about the case with anyone other than your criminal defense attorney. 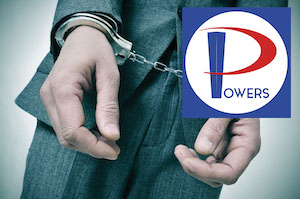 Contrary to what you may have been told, police officers gather evidence and seek information to convict you. You’re not going to “make the judge mad” if you refuse to answer questions or give a statement. Police aren’t going to “put in a good word with the Judge” if you cooperate.

Police have a job to do. It’s nothing personal. And part of that job is gathering evidence against people they suspect of a crime. If you’ve been arrested for assault or other domestic violence charge, police think you’ve broken the law.

In fact, police need either Probable Cause or a Warrant for Arrest to arrest you. If you’ve been arrested, either the law enforcement officers (in Charlotte that’s often “CMPD” Charlotte Mecklenburg Police Department) believe they have reasonable grounds to arrest you.

Either that or an independent judicial official in Charlotte (a Magistrate Judge or District or Superior Court Judge) issued a Warrant for Arrest based on oath or affidavit, to such extent that the Warrant is also predicated on Probable Cause.

Bill Powers is a Criminal Law Specialist as recognized by the National Board of Trial Advocacy (NBTA) / National Board of Legal Specialty Certification (NBLSC) with more than 26+ years helping people in court.

“We offer a free consult to people facing domestic violence charges in Charlotte. Give us a ring, we’re here to help.” Bill Powers, Defense Attorneys in Charlotte NC