*For additional information regarding the criterion for inclusion or membership for lawyer associations, awards, & certifications click image for link.
Home
Practice Areas
Criminal Defense
Domestic Violence, Assault & Battery
What is a 50B Domestic Violence Protective Order?

What is a 50B Domestic Violence Protective Order in North Carolina? 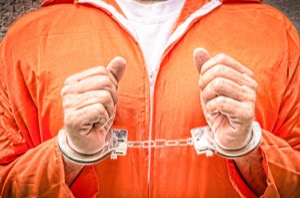 While most people understand the severity of criminal charges after an arrest, if you’re not a defense lawyer or family law attorney, you may not completely comprehend the full nature or extent of the pending legal matters. Legal issues involving a 50B Order have consequences, in addition to jail time for violating a court order or being held in contempt of court.

Indeed, given the trauma associated with getting handcuffed and taken to jail, you may not even realize there is a pending civil Complaint and Motion for what is formally referred to as a Domestic Violence Protective Order ( DVPO ), even if you hold in your hand the ex parte Restraining Order.

If someone calls our law office seeking legal help with a criminal matter involving something that happened within the family or personal relationship, we take great care to ask a lot of questions.

“Our criminal lawyers Charlotte NC want to see the warrant for arrest (arrest warrant), the charging documentation and any lawsuit that may be served on a client upon their arrest or release from custody.” Bill Powers, NBTA Board Certified Criminal Law Specialist

While there often may be some helpful information within the Warrant for Arrest or criminal summons, especially regarding the name of the alleged victim, potential witnesses or police officers, and the specifics of the criminal allegations, our attorneys occasionally also find buried within the documentation a Civil Summons and associated Complaint and Motion for Domestic Violence Protective Order. 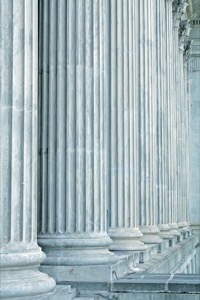 Legal professionals in the court system may refer to those as a “50B” or “DVPO” or “Restraining Order.” A “50B” is legal shorthand for the specific statute within the NC family law statutes. It may also be called an ex parte Order because the person subject to the complaint may have the 50B Order granted against them outside their presence and without any say.

Ex parte is a Latin legal term which means “from a party” or “from the party.” Ex Parte 50B Complaints in North Carolina are decided by a District Court Judge without the Defendant (the other party) being present. The Motion for Restraining Order or DVPO are supported by oath, affidavit, or affirmation. In that the Defendant in the civil DVPO isn’t present and hasn’t had a chance to be heard, anything Ordered pursuant to the 50B in NC is limited in duration.

The defendant, as a matter of law, has a right to be heard, to confront the allegations against them, to present evidence, and to confront their accuser. A hearing on a 50b in North Carolina is normally set within 10 days of the Order being placed in effect. Court is not held on weekends in North Carolina, so 50b Motions and hearings are held during normal court hours, Monday through Friday.

Violating a 50b is extremely serious and is technically a separate criminal charge. In the alternative, violating a 50b can also be the basis for Contempt Charges being issued by the Court. And if you’re charged with violating a 50b in NC, arrested, and taken into custody (jail), the terms and conditions of bond can be harsh.

To the inquiry, “Do I need a lawyer for a 50b?” we strongly believe legal representation, with the associated attorney-client privilege, helps. The potential consequences are just too serious to try to serve as your own lawyer or go it alone in court.

Chapter 50B is the number within the North Carolina General Statutes of the particular law relating to allegations of domestic violence and the process of seeking legal protection from a spouse, boyfriend, girlfriend, or someone with whom there exists or existed a “personal relationship.” That may include, but is not limited to: 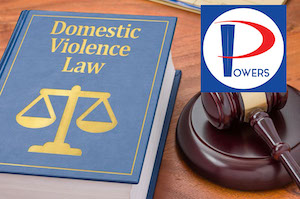 Given the intricacies and legal issues on a 50B Order in North Carolina, we recommend you retain legal representation immediately. An attorney experienced in handling restraining orders, whether resulting from a separation and divorce in family court or tied to criminal charges for Assault on a Female, Communicating Threats, Injury to Personal Property, or Interference with Emergency Communications, will want to begin preparing without delay.

That may entail talking to witnesses, gathering evidence, and reviewing police reports or statements of the alleged victim prepared as part of criminal charges. Statements may include those given to the Magistrate Judge in “swearing out” a warrant for arrest or criminal summons, or those prepared by “victims’ assistance” or another victim advocacy group in North Carolina.

Deciding how to handle a 50b in NC also means considering whether to actively challenge the allegations set forth in the 50B, taking the matter to trial in District Court, or consenting to continuing the 50B Order without findings (findings of fact by the Judge) or an admission of responsibility or wrongdoing.

Unlike criminal charges, where the State of North Carolina cannot call the Defendant to the stand or compel testimony against himself or herself, a 50B in NC is different. It’s a civil proceeding, which means the complaining party (the Plaintiff) can call the Defendant (the person facing the allegations of the civil lawsuit/complaint) and ask questions.

“It’s important to understand that the underlying allegations and testimony brought out during the civil proceedings (the civil trial in North Carolina), which are under oath, may also be used in a prosecution for criminal charges. Rather than ‘taking the 5 th’ it’s important to consider the charges and the 50B in its totality.” Bill Powers, Charlotte Divorce Lawyer

Our domestic violence defense lawyers Charlotte NC and family law attorneys help people with 50b legal issues in the Charlotte-Metro area, including: