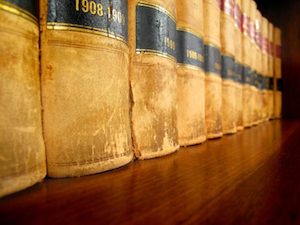 Even accusations of “acts of domestic violence” are hard to dispel. A conviction for domestic violence criminal charges in North Carolina often carries long-term consequences, if not a stigma. No one wants to be thought of as a violent, criminally abusive person.

Under the NC Criminal Laws, there is no such criminal offense of “domestic violence.” It can mean different things to different people, at least in the court of public opinion.

Calls to 911 for domestic complaints receive immediate attention. They are taken seriously by everyone in the legal system including police, prosecutors, judges, and defense attorneys. You should too.

Many crimes against the “person” of another may constitute aspects of Domestic Violence, at least in part. The common factor involves the relationship between the alleged victim and the accused (the Defendant in criminal court).

That relationship may include a marriage (spouses), former spouses, living together, and dating relationships. It is intended to be an inclusive statute.

“DV charges are as varied and different as the different types of families and interpersonal relationships. The commonality is a present or past “domestic” relationship, coupled with some form of criminal charges.”

What is Domestic Violence in NC?

It may be easier to think of DV as a designation of certain types of charges involving a domestic relationship (in the many forms that may take), PLUS:

N.C.G.S. 15A-534.1 relates to “Crimes of Domestic Violence” and creates special procedures, in addition to those already set pursuant to N.C.G.S. 15A-531, for establishing the terms and conditions for release from jail after a DV arrest. It also limits who can set terms of release, demanding a judge review the conditions of bond instead of a magistrate (for a limited period of time).

** It’s complicated, as after a certain time period (48 hours) a magistrate may rule on such matters. If you have questions about the unique aspects of your case, contact our law office now at 877-462-3841. Everything you tell us is confidential and for criminal charges, our law firm provides a free initial consultation.

Is Domestic Violence a Felony or misdemeanor?

Arrests may result for both felony or misdemeanor charges in North Carolina, including things like stalking, assault or communicating a threat to a spouse or even former spouse. Domestic Violence may involve people who presently live together or who have lived together as if they were married (something similar to Common Law marriage).

IMPORTANT NOTE: North Carolina does not recognize Common Law Marriage as it pertains to the NC Divorce Laws. The criminal laws in NC recognize domestic violence charges between people who live together as if they were married. That applies also to same-sex marriages and relationships.

Dismissal of DV Charges in NC

In addition to traditional defenses for crimes against a person like assault and battery, Domestic Violence charges have a rather unique possibility for a dismissal. As stated, there are special terms and conditions imposed for bail (posting bond) for crimes of domestic violence pursuant to N.C.G.S. 15A-534.1. Most notably, a “legally trained judge,” rather than a magistrate, must make a determination on bail and conditions of release on a fact-specific, individualized basis.

While likely an unintended consequence, failure to strictly comply with the statute can (in certain circumstances) result in getting charges dismissed. In a 1998 opinion of the North Carolina Supreme Court, the issue of bail and pretrial release in Domestic Violence charges in North Carolina, relative to Due Process Rights and the statutory language demanding, a magistrate, “shall act” to provide the accused with an appropriate hearing on release. See North Carolina v. Thompson,here.

Someone arrested in NC for Domestic Violence should have the opportunity of a hearing following an arrest “as soon as possible” but in no event no later than 48 hours after the arrest. Indeed, a delay of judicial review following an arrest, with no terms or conditions (bond) to be released, may amount to a substantial violation of important Constitutional Rights.

“The consequences for failing to comply with both 15A-534.1 and Constitutional Rights protected under procedural due process and double jeopardy are substantial. The individual application of the law is very much considered, where in appropriate circumstances may result in a dismissal of charges.”

We’re here to help people facing serious accusations related to Domestic Violence, Assault, and Domestic Violence Protective Orders. It doesn’t matter if you face misdemeanor or felony charges, call now for a free consultation. We’ll take the time to explain what is an indictment, how bond works in NC, and whether terms and conditions for release after an arrest are correct under the NC Criminal Laws.

Each case, just like each client is different. By no means should anyone facing criminal charges in Charlotte (or anywhere in North Carolina) assume charges will be dismissed or that dismissal of charges is an easy thing to do. Frankly, it can be complicated and is yet another reason why it makes sense to retain the legal services of an experienced criminal defense lawyer NC.