Clients of Powers Law Firm PA (CarolinaAttorneys.com) benefit from the collegial manner in which we operate.

With experienced, dedicated, and creative lawyers on staff, we are able to take a team approach.

Learn more about our attorneys in North Carolina by clicking on their names below. Then contact our law office to schedule a consultation with the attorney in one of our Charlotte-Metro law offices.

We have two convenient office locations in the Charlotte-Metro:

“In many ways I am defined by what I do. I am a NC lawyer, that is true; yet, I prefer to see myself first as a compassionate, considerate human being. I care deeply about others, being led to help clients at their point of need.” 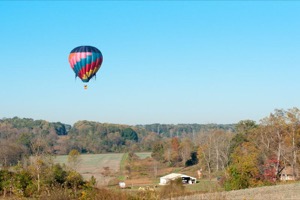 He has traveled extensively throughout North Carolina, representing clients in many judicial districts for a wide range of legal issues. He enjoys a statewide reputation as a courtroom litigator and tenacious advocate for justice.

In fact, in part due to his dedication to NC laws and the courts, Bill Powers was elected to serve as President of the North Carolina Advocates for Justice and served as President of NCAJ in 2016-2017. NCAJ is the largest association of trial lawyers in North Carolina whose membership is limited to Criminal Defense Lawyers, Plaintiffs Lawyers, and Family Law Attorneys.

“Gracious what an honor it was to serve as President of the Advocates for Justice. I learned a tremendous amount about both myself and the practice of law in North Carolina. It made me both a better lawyer and person.” 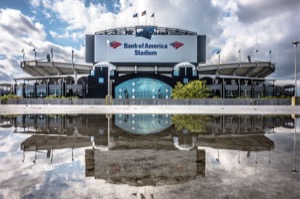 Bill Powers handles different types of cases, including NC DWI defense as a criminal defense lawyer. At the same time, he does not limit his law practice to criminal defense. He also is available for legal consultation on complex civil litigation issues involving car accidents, motorcycle accidents, and semi-truck accidents.

If you Googled “Criminal Defense Lawyers Near Me” Charlotte NC or “DUI Defense Attorneys in Rock Hill, SC,” we have you covered. That’s because Chris Beddow is licensed to practice law both in South Carolina and North Carolina.

Chris Beddow possesses substantial courtroom and jury trial experience, regularly appearing in both the District and Superior Courts of North Carolina, as well as in Up-State South Carolina criminal courts.

He is available for consultation by calling 877-462-3841 or emailing him directly at chris@342HELP.com

Chris Beddow started his legal career focusing on something other than criminal defense. His resume includes a prestigious accolade, serving as a Clerk to a Justice of the North Carolina Supreme Court.

As a graduate of the University of North Carolina at Chapel Hill for both undergraduate studies and the UNC Law School, Chris Beddow thought he wanted to handle corporate law.

“While very appreciative of the opportunities given to me, I abandoned representing corporations and corporate interests, knowing I wanted to help people on a more personal level. I wanted to be a courtroom lawyer. Powers Law Firm is a perfect fit for me, given the reputation the firm enjoys in the legal community for compassion, legal skills, and courtroom advocacy.”

Like Chris Beddow, Chris Beddow is licensed both in North Carolina and South Carolina as an attorney. Chris is available for consultation as Criminal Defense Lawyer Charlotte NC and for DUI charges Rock Hill SC.