*For additional information regarding the criterion for inclusion or membership for lawyer associations, awards, & certifications click image for link.
Home
Practice Areas
Criminal Defense
Discovery in Criminal Charges
What is Discovery? 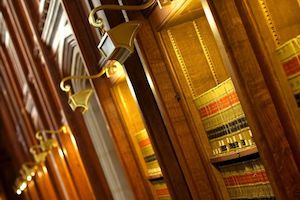 If you face criminal charges in Charlotte, or anywhere else in North Carolina, you may be entitled to “Discovery.”

Under the NC Criminal Laws, discovery is a process by which information about your case is made available for review and possible introduction as evidence in a trial.

It’s important to note, in certain circumstances the Discovery Laws in North Carolina may mandate the release of certain information to the State by the Defendant.

Defense lawyers in Charlotte may refer to that as “reciprocal discovery,” known as “Disclosure of Evidence by the Defendant” and may include:

What are My Rights to Discovery in North Carolina?

If you face felony charges in North Carolina, the State may be required to provide “discovery” to you or your criminal defense attorney, the “attorney of record.”

Discovery is not required for all criminal charges.

Misdemeanor charges and DWI charges in North Carolina do not always require discovery.

It is not required under statutory or constitutional law or the Common Law of North Carolina.

If the allegations are in District Court and the Superior Court does not have original jurisdiction to hear the matter, our courts have said, “There is no traditional right to discovery.”

That means under the Constitution there may not specifically be a right enumerated.

At the same time, the NC Criminal Laws have set forth a very specific process by which discovery materials are required to be disclosed and released to the Defendant as part of a criminal prosecution.

The State can, in appropriate circumstances, be required to disclose exculpatory evidence and Brady Materials.

What is “Exculpatory Evidence?”

Evidence that may tend to show the Defendant is innocent or that could be helpful to the Defendant in preparing a defense, must be disclosed by the State.

Defense lawyers refer to that as “exculpatory evidence.”

That can be pursuant to the discovery laws in North Carolina.

It also may be mandated under appellate law (decisions by Appellate Courts) and even by local policies of the District Attorney.

For example, the Mecklenburg County District Attorney’s Office has adopted a rather comprehensive, formal policy regarding the voluntary disclosure of Brady Materials and Exculpatory Evidence.

Exculpatory Evidence may relate to the credibility of witnesses, prior acts of misconduct, prior findings of perjury or false testimony, or “deals” to testify against the accused, including the dismissal of charges.

What Type of Information is Included in Discovery? 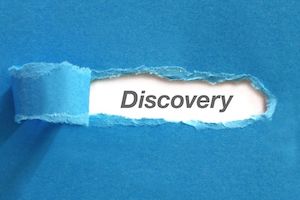 What is in discovery or what is disclosed by the State depends a lot on the nature and circumstances of the criminal charges.

Some matters, like murder charges, felony death by vehicle, and felony assaults may have extensive discovery that include more than just a statement of the alleged victim.

Generally speaking, the State ordinarily turns over things that might be used as evidence at a criminal trial pursuant to § 15A-901 - Application of Article Discovery in Superior Court.

If you have questions about your rights to discovery in criminal charges, we recommend you consult with an experienced defense attorney immediately.

We believe it’s imperative to begin your defense without delay.

That can include gathering evidence helpful to your defense.

You can email Bill Powers too, Bill@CarolinaAttorneys.com