*For additional information regarding the criterion for inclusion or membership for lawyer associations, awards, & certifications click image for link.
Home
Practice Areas
Criminal Defense
Assault and Battery Charges
What is Habitual Misdemeanor Assault?

What is Habitual Misdemeanor Assault in North Carolina? 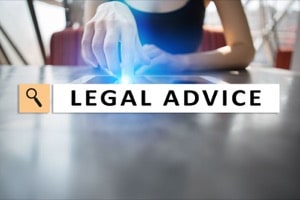 Even simple assault charges can have long term consequences if convicted or found guilty. “Crimes of violence” carry a social stigma.

Given how quickly mugshots can show up online, or printed in local “busted” type newspapers, it’s often more than a little embarrassing to get charged and arrested.

Despite the presumption of innocence in court, no such presumption exists in the court of public opinion.

That’s one reason why people who’ve had matters dismissed by the prosecutor or found Not Guilty by the Court or Jury are wise to seek an “expunction” to have the charges expunged from the record.

Few people want to be thought of as violent, understanding the impact of criminal assault charges on friends, family, and employers.

Is Simple Assault a Felony in North Carolina? Are assault charges misdemeanors or felonies? 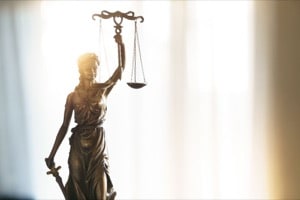 First and foremost, it’s important to understand the classification of an assault charge depends on a series of different factors and legal considerations.

Put simply, some assaults in North Carolina are misdemeanors. Other types of assault may be prosecuted as felonies.

Defense lawyers spend a tremendous amount of time working through legal issues involving the level, nature, and extent of the injury and what caused the conflict. For example, Assault with a Deady Weapon (AWDW) may be charged as a misdemeanor.

But there are also felony assault charges, where use of that same deadly weapon may end with a serious bodily injury or even death, thereby resulting in felony charges.

Some defense attorneys call those the “alphabet assaults.” Felony assault with deadly weapon charges are covered under N.C.G.S. 14-32.

Simple assault is a misdemeanor in NC. Other misdemeanor assault charges include things like:

There is also something in North Carolina called Habitual Misdemeanor Assault, which is a felony charge.

What is Habitual Misdemeanor Assault?

First and foremost, it can be complicated and somewhat difficult to understand habitual assault charges. In part that’s because there a lot of different ways the statute may apply. See N.C.G.S. 14-33.2

Each case, like each client, is different and therefore requires individual attention to the details. If you have legal questions, we’re here to help. The consultation is free of charge and we’ll go through the specifics of your charges with you.

Everything you tell our defense lawyers remains strictly confidential, even if you do not ultimately retain the firm for legal representation. Call now to begin preparing your defense strategy: 877-462-3841

“Reading through the Habitual Misdemeanor Assault statute can make your head spin. The Pattern Jury Instructions themselves set forth sometimes 5, sometimes 6 different elements for the State to prove Beyond a Reasonable Doubt.” Bill Powers

The defense lawyers at the Powers Law Firm PA will take the time to sit down with you and explain your charges and legal options. We want to make sure you understand your legal rights and options.

While called “habitual misdemeanor assault,” there are instances where certain prior felony assault charges are relevant in determining applicability.

What should I do if I was arrested?

Once posting bond and complying with the terms and conditions of release, make sure to review the Release Order and all other materials given to you while in jail. You may have been served with a “DVPO” or “50B,” especially if the incident was one that involved allegations of domestic violence.

Criminal assault charges in North Carolina may also result in related, but technically separate and distinct CIVIL court appearances such as a Restraining Order.

Call NOW to schedule an in-person or secure video conference: 877-462-3841. You may also email Bill Powers directly at: Bill@342HELP.com