In reviewing a DUI case, experienced legal counsel normally consider a series of complicated legal factors, measured against an unique factual scenario relevant to the particular charge or charges. At Powers Law Firm we specifically break down an Impaired Driving file into four general categories for the purposes of analysis:

It makes sense to review a case based upon the chronological order of events normally associated with a stop, arrest, collection of evidence and release. If the Basis for the Stop or “Encounter” is found to be invalid, illegal and/or otherwise unconstitutional, evidence gathered, as a result, has the potential to be suppressed. That suppression is often referred to as “Fruit of the Poisonous Tree” or the Exclusionary Rule.

The earlier in the chain of events one can effectively attack the legality of a stop or seizure, the greater the likelihood of suppression of evidence collected and if appropriate, the resulting dismissal of a charge or charges due to lack of evidence. It is important to note, suppression of a piece of evidence does not necessarily mean a matter will be dismissed. The State may have more than one way or legal theory to proceed. The State may also have more than one piece of evidence or method of proving an essential element of a crime. (See prima facie evidence.)

Normally, in North Carolina, a law enforcement officer is required to have at minimum Reasonable Suspicion to stop a vehicle. It is indeed possible to have Probable Cause to stop based on observing a known violation of the law. The reader may wish to read our other posts on the Reasonable Suspicion and Probable Cause. There are a great number of combinations and permutations of individual factual scenarios regarding stopping and seizing persons.

In simple terms, law enforcement must observe someone either break the law OR have reasonable grounds to believe the accused has broken or is about to break a law. That is predicated on the 4th Amendment to the United States Constitution, which reads:

The right of the people to be secure in their persons, houses, papers, and effects, against unreasonable searches and seizures, shall not be violated, and no Warrants shall issue but upon probable cause, supported by Oath or affirmation and particularly describing the place to be searched and the persons or things to be seized.

The Courts (and Legislative bodies) have carved out are commonly referred to “narrowly tailored exceptions” to the general rule that people are to be secure in their persons, papers, houses and effects and not subject to intrusion by the State without reasonable suspicion or probable cause.

In separating from the British Crown and Crazy King George III, the Colonies complained of searches and seizures without cause predicated under something referred to as a “General Warrant.” In forming the Great Republic, the Framers left little room for equivocation: Unreasonable intrusions on the foundational individual liberty of “the right to be left alone” were not to be tolerated. Indeed, individual liberties were placed above the interests of government. See Articles of Confederation

Checkpoints are one of the few legal issues regularly argued in court where there has been no obvious violation of the law and further, there is no “reasonable suspicion that criminal activity is afoot.”

Civil libertarians may complain of the Machiavellian approach that “the ends justify the means.” Others would say that Checkpoints, and the legal justification for setting aside the 4th Amendment, run directly contrary to the efforts of the 13 Colonies to in separating from Britain and establishing “The United States of America.”

Regarding the question posted herein, “Are DUI Checkpoints Legal?” one would be hard-pressed to justify, under traditional Constitutional precepts, seizures without probable cause.

Checkpoints are not per se Constitutional under either the Constitution of the United States, as applied to the states under the 14th Amendment or the North Carolina Constitution. Rather, there are a number of different issues that can render the stop and seizure of the driver unconstitutional. This can result in the suppression of the evidence that came from an illegal stop and possible dismissal of the DWI or other criminal charges.

North Carolina Appellate Courts, reviewing modifications to N.C.G.S. Sect. 20-16A by the General Assembly, began to outline the statutory basis and/or exception to the 4th Amendment within State v. Rose. 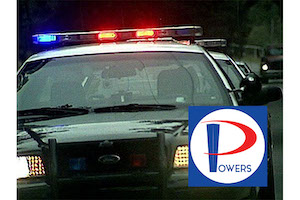 The United States Supreme Court has weighed in on the issue setting forth the precept that a trial court must first “examine the available evidence to determine the primary purpose of the checkpoint program.” City of Indianapolis v. Edmond, 531 U.S. 44, 46 (2000).

State v. Rose explains that proving there was a valid, legal programmatic objective for the checkpoint, is a burden that rests on the state. Furthermore, “the State must present some admissible evidence, testimonial or written, of the supervisor’s purpose.” State v. Rose, 612 S.E.2d 336, 341 (2005)(emphasis added). The trial court must consider more than just the subjective intent of the participating officers and “specifically prohibits reliance on the individual arresting officer’s primary purpose or intent when inquiring into the programmatic purpose of the checkpoint.” State v. Burroughs, 648 S.E. 2d 561, 563 (2007).

If the State can prove that there was a valid programmatic purpose, it must still must prove the reasonableness of the checkpoint, i.e. its constitutionality. The court in State v. Rose stated that this inquiry requires a balancing of the public’s interest in protecting the citizenry against an individual’s privacy interests.

Specifically, the Court considered State v. Brown to enumerate factors of reasonableness, requiring consideration of the following “prongs” testing the legality of any checkpoint:

When looking at the second prong in Brown and whether the checkpoint was appropriately tailored, the Appellate Court set forth specific considerations for Trial Court to weigh:

When considering the third prong in Brown, the Appellate Court mandates the Trial Courts further consider issues involving officer discretion and individual privacy. Those include:

Id. at 691 One of the more recent cases that adds to the legal inquiry was decided by the North Carolina Court of Appeals in February of 2014 is State v. White. The court emphasized the need to have a written plan in order to comply with NCGS 20-16.3A. Of primary import was the strict scrutiny of the checkpoint against statutory authority. As an exception to the 4th Amendment, checkpoints must fully and completely comply with statutory restrictions.

The White Court reiterated the importance of strict compliance with statutory authority and that a statutory violation of 20-16.3A, or a constitutional violation under Rose and the accompanying cases, can and should render a checkpoint invalid and unconstitutional.

Finally, and most importantly, the White Court clarified the proper remedy for a Chapter 20 statutory violation or any violation of the North Carolina Constitution and the Constitution of the United States, is suppression of all evidence that resulted from that violation, which with respect to checkpoints, would invalidate the basis for the stop, which under other North Carolina law amounts to a “seizure.”