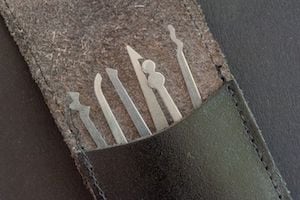 The crime of burglary is a felony charge in North Carolina defined by statute. Burglary is also a traditional Common Law offense, as recognized under British Common Law.

North Carolina Criminal Law §14-51 sets forth burglary as unlawfully breaking and entering the dwelling house or sleeping apartment of another person at nighttime with the specific intent to commit a felony therein.

Mens rea or the “evil mind” is therefore an essential element of the offense. As such, the prosecutor must prove intent to commit a felony.

Breaking and entering is defined as the breaking OR entering of ANY building with the intent to commit a felony or larceny in the building. Under the Common Law, Burglary normally involves a home, residence, apartment, or “dwelling house.”

For the crime to be charged as First Degree Burglary, the dwelling house or sleeping apartment has to be occupied by an individual at the time of the commission of the crime.

To prove a charge of Burglary, the State must prove, Beyond a Reasonable Doubt, the following essential elements of the crime:

“Breaking” is a legal term of art. It does not necessarily require breaking a window or any physical damage to the real property. Breaking may include

“Breaking” means the making of some kind of opening, however slight, in the building. Merely going through an open window or door is not necessarily “breaking.” But opening a door or window, even if unlocked, is breaking. It is not required that destructive force be used.

“Entering” can be accomplished by the offender’s putting any part of his or her body into the building, even a finger.

“Dwelling” is a structure regularly used by a person or persons for sleeping.

“Of another” means that the property broken into or entered is legally possessed by a person other than the offender, even though that person may not own the property.

“Actually occupied” means that some person must be present somewhere inside the dwelling when the breaking and entering occurs.

“Nighttime” is the time after sunset and before sunrise when it is so dark that a man’s face cannot be identified except by artificial light or moonlight.

While Burglary is specifically set forth under the North Carolina General Statutes, traditional Common Law defenses may be available. Burglary, under the Common Law, is the unlawful breaking or entering a dwelling house, at night, with the purpose of committing a felony therein.

Common Law defenses may include, but are not limited to, things like:

The Defendant can prove that he or she had consent to enter rom the owner or some other person entitled to possession. For example, if a person is given a key and is authorized to enter at any time, the person does not commit breaking or entering, even if he or she uses the key to enter and commit a felony.

The Defendant can prove his or innocence by showing his or her entry was for some non-felonious purpose.

First Degree Burglary, even as a Prior Record Level 1 offender, mandates an active prison term in the North Carolina Department of Adult Corrections. 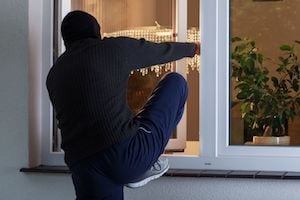 If you have been charged with first degree burglary, second degree burglary or felonious breaking or entering, you need to contact an experienced North Carolina criminal attorney who can advise you of your rights and guide you through the court process.

Any suspended term of punishment may include things like:

We are a Charlotte-metro law firm, which means we provide legal representation to people with criminal charges in Iredell County, Union County in Monroe, N.C., Rowan County in Salisbury, and the surrounding prosecutorial districts.

We are available for immediate consultation. Everything you tell our defense lawyers and legal support staff is kept confidential. That’s true even if you choose not to retain the firm for legal services.

For criminal charges in North Carolina we charge nothing for consultation. Call now to schedule your complementary consultation.