*For additional information regarding the criterion for inclusion or membership for lawyer associations, awards, & certifications click image for link.
Home
Practice Areas
Criminal Defense
Larceny, Embezzlement & Fraud in Charlotte, NC
What is Embezzlement in North Carolina?

What is Embezzlement in North Carolina? 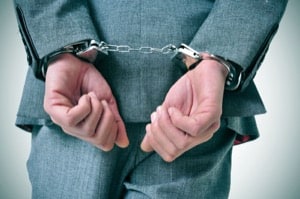 Embezzlement is often called a “crime of dishonesty” or theft, in most instances related to allegations of a financial crime. Unlike felony or misdemeanor larceny, embezzlement charges (and larceny by an employee) may involve an element of deliberation or premeditation.

In simple terms, embezzlement is an act or series of acts where one entrusted with assets withholds or converts (steals) things of value.

Whereas larceny is the unlawful taking of the personal property of another, with the intent to permanently deprive them of ownership, embezzlement involves the taking of property or things of value (not necessarily limited to items of personal property) that were entrusted to the defendant by the alleged victim.

Embezzlement is a crime of theft.

For an interesting discussion on the NC Embezzlement Laws, check out: North Carolina v. Grandy 2018

What is the Punishment for Embezzlement?

Embezzlement charges may involve tremendous sums of money and feelings of betrayal by the prosecuting witness. They are serious felony charges in North Carolina that can carry substantial prison terms, depending on the nature and circumstances of the allegations.

For example, embezzlement of assets of $100,000 or more is a Class C Felony in North Carolina. That’s more serious than even robbery with a dangerous weapon, a Class D felony!

Even with no prior criminal record, according to the NC Sentencing Guidelines, an ACTIVE prison term in mandatory. It is in the “A” block within the punishment grid for felony charges, which stands for Active, meaning an Active Prison Term is required.

That means the judge must, under the criminal law, sentence anyone convicted of the Class C felony to an active prison term. It is important to note, with many, if not most active prison sentences in North Carolina, a period of post release supervision is also required under the law.

In the past that may have been referred to as parole. Parole in North Carolina has been specifically abolished; but, many of the same terms and conditions of parole are included in PRS or Post Release Supervision.

Indeed, assuming no prior criminal history points, under the Punishment Grids, the bottom of the presumptive period of incarceration is 58 to 82 months in prison.

The maximum for a Class C felony is 231 months in prison for a Prior Record Level VI offender in the aggravated sentencing range. That’s 19.25 years.

Because the North Carolina General Assembly regularly modifies the criminal laws, it’s imperative to seek legal advice from an experienced criminal defense lawyer regarding the specifics of your legal matter and any relevant considerations involving sentencing and maximum prison terms.

Embezzlement of assets less than $100,000 in value (if you plead guilty or are found guilty = convicted) is sentenced as a Class H Felony in North Carolina and carries a statutory maximum penalty of 39 months in the custody of the Department of Public Safety (DPS) / Division of Adult Corrections and Juvenile Justice or “DAC” to most defense lawyers, prosecutors, and judges in NC.

Is Embezzlement a Common Law Offense? 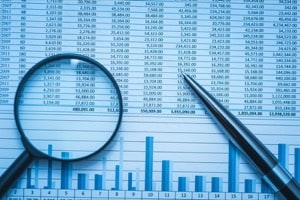 Embezzlement charges are not traditionally considered a Common Law offense and therefore are referred to as a Statutory Offense pursuant to NC Criminal Law: Chapter 14.

There are several different types of embezzlement in North Carolina, depending on the position of trust or authority of the defendant, including:

Whether you’re facing felony or misdemeanor charges, our defense team is here to help. It’s important to seek legal representation without delay, especially with embezzlement charges.

“Clients are occasionally under the mistaken belief that if they fess up and offer to pay back assets, the charges will be dismissed. Crimes of theft and dishonesty, like embezzlement, can carry life-long consequences, especially for felony convictions.”
- Bill Powers, Criminal Defense Attorney

Before doing anything, including admitting responsibility for allegations of embezzlement or larceny by employee, consult with a lawyer. Exercise your right to remain silent (5th Amendment Right) and request an attorney before discussing the case with law enforcement or anyone else.