*For additional information regarding the criterion for inclusion or membership for lawyer associations, awards, & certifications click image for link.
Home
Practice Areas
Criminal Defense
Self Defense in NC Criminal Charges

Self Defense in NC Criminal Charges 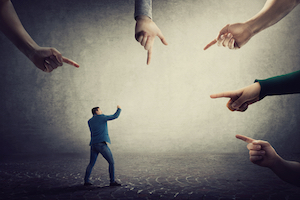 The use of force to defend yourself or others is recognized both within the case law of our appellate courts and by North Carolina statutes.

The Theory of Self Defense

Chapter 14 of the North Carolina criminal laws (N.C.G.S. 14-51.3) authorizes the use of force when defending against an aggressor’s imminent use of unlawful force or unlawful entry.

One must fear immediate harm to themselves or others. In using force against another, they must proceed in a reasonable fashion.

The amount of force used to defend oneself or others must also be reasonable given the circumstances.

"There are certain legal presumptions regarding what is deemed under the law the reasonable use of force in NC. Obtain legal advice immediately if you are involved in an altercation with another."

What Does “Indicted” Mean?

The accused may use deadly force and does not have a legal duty to retreat if either:

Legal protections in the reasonable use of force applies to both civil and criminal liability when the force is permitted under §14-51.3.

The criminal laws in North Carolina presume reasonable fear of serious bodily harm or imminent death in instances where the accused is the lawful occupant of their motor vehicle, home, or workplace.

One does not have a duty to retreat in North Carolina in certain circumstances. That may be referred to by defense attorneys as the “Stand Your Ground Law.”

You may stand your ground against an intruder or someone else who seeks to cause immediate serious bodily harm or death. That means, in certain circumstances, you do not have the duty to retreat.

** Whether there exists a duty to retreat or the legal authority to “Stand Your Ground,” the use of force, particularly the use of deadly force, can be fact specific. Obtain legal advice from an experienced criminal defense attorney if you have questions about the applicability of the law to your legal matter.

The individual who was not the aggressor and who is located in their home at the time an assault on himself or herself (or others) is generally said to be legally authorized to “stand your ground.”

He or she may defend themselves from attack. They must reasonably believe the use of force is necessary to prevent imminent death or great bodily harm to either himself, herself, or someone else.

What is reasonable or unreasonable regarding the belief of imminent bodily harm is to be determined by the jury. The individual facts and circumstances as they appeared to the accused at the time is the legal standard.

Self Defense Instruction to the Jury of Peers

In determining whether a jury instruction on self-defense or defense of others is legally appropriate, the Court (the Judge in NC) must take the evidence in the light most favorable to the defendant. 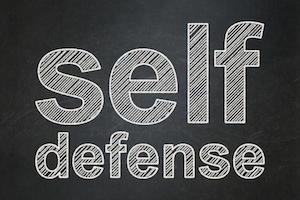 That includes requests for jury instructions that the accused (the Defendant in the criminal charges) has the lawful right to defend him or herself or the safety of others, and therefore has no duty to retreat.

The evidence presented during the trial must be sufficient and competent to support a jury instruction of the defense of habitation.

Discretion of the District Attorney

Use of force cases at trial presume the State of North Carolina (through the office of the elected District Attorney) seeks an indictment and intends to criminally prosecute the accused.

That is an important consideration.

"One need to defend a criminal charge that is never brought to trial. The key to an effective defense can involve bringing a defense lawyer in before criminal charges are leveled."