Possession of Drug Paraphernalia in NC 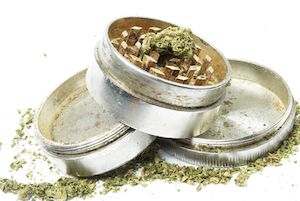 If you’re from a state where Marijuana is legal, a citation (criminal summons) or even getting arrested for possession may come as a surprise.

What can be more surprising are the possible long term consequences for a conviction of possession charges in Charlotte or in one of the surrounding judicial districts in Monroe, Gastonia, or Mooresville.

To be clear, whether you agree with the logic of NC drug laws or not, possession charges are actively prosecuted.

The important questions are, “Can I avoid a conviction?” and “Can I get paraphernalia charges dropped or dismissed?”

Depending on the nature and circumstances of the criminal charges, the answer often is, “It depends.”

What is Drug Paraphernalia?

That means the General Assembly, in writing the NC Criminal Laws, purposely drafted the paraphernalia laws to be inclusive, if not expansive in nature.

The definition of Drug Paraphernalia includes words like “all” and “any kind.”

PDP charges involve possession of materials that are intended to facilitate “violations of the Controlled Substances Act.”

That can include things like rolling papers, a bong, or vapes.

Drug Paraphernalia can also include possession of ordinary household items like a beer can, tobacco pipe, or even an apple.

As such, PDP charges may be for things like:

Items that are common and entirely lawful can therefore result in an arrest for possession of drug paraphernalia, if their possession is for an illicit purpose.

Specific Intent to possess drug paraphernalia is an element of the offense.

Legal professionals refer to that as the mens rea of the offense.

What Does Burden of Proof Mean?

As such, defense lawyers investigate the background circumstances of the alleged criminal behavior.

Plastic lunch baggies and zipper bags, scales used for baking or weighing food, and other items that may be 100% legal to possess, also may be enough for PDP charges in North Carolina.

The consequences of an arrest for possession of marijuana charges in North Carolina, relative to possession of drug paraphernalia charges for heroin, “meth” or “crystal meth” charges can be less serious.

At the same time, possession of drug paraphernalia charges are commonly associated with related felony and misdemeanor charges, including things like possession with intent to sell or deliver, drug trafficking charges, and felony drug possession charges.

The State has the Burden of Proof for all criminal charges in North Carolina.

They are required to prove you guilty, using the highest legal standard in the land: Beyond a Reasonable Doubt.

Because it’s possible to be charged with possession of drug paraphernalia when the specific items at issue are completely legal to purchase, own, and/or possess, the State bears the significant task of showing you intentionally possessed “paraphernalia” for the purpose of violating one the many NC drug laws.

We believe it’s imperative to begin your legal defense right away.

Advance preparation can be the key to an effective defense for criminal charges.

Our team of defense lawyers offers a focused defense to criminal charges.

We also bring to the table substantial courtroom experience taking matters to trial, filing Motions to Suppress, and actively pursuing the constitutional rights of our clients.

We are here to help.

Reasonable doubt in any criminal charge, whether it be for a felony or misdemeanor, DWI in Charlotte or a violation of NC DMV traffic laws, can lead to a dismissal of charges or even an acquittal after a trial.

We provide a free legal consultation. Everything you tell our criminal lawyers and professional support staff is strictly confidential.

Part of our role as defense lawyers also involves explaining the best-case and worst-case scenarios for criminal charges.

We also want to make sure you understand how the legal system works, particularly as it may pertain to indictments, bond hearings, and determinations of probable cause.

The NC drug laws define what is possession, trafficking in drugs, and the sale of controlled substances.

It also broadly defines and prohibits items, related to violations of the Controlled Substances Act, related to:

If you possess “on your person” drug paraphernalia, and the State can prove the intent to violate the law on controlled substances, (excluding paraphernalia for marijuana), that may be deemed a Class 1 Misdemeanor in North Carolina.

Under N.C.G.S. § 90-113.22(b) possession of materials intended to assist in “introducing into the body a controlled substance,” the maximum period of punishment is 120 days of incarceration (jail or prison, depending on the charges).

90-113.22A - Possession of Marijuana Drug Paraphernalia

The use and possession of marijuana in North Carolina is still a crime in many of not most instances.

That’s true even if you legally purchased marijuana or some other form of THC or “edible” in one of the many states where possession of marijuana is legal.

At the same time, the severity of punishments related to the possession of marijuana drug paraphernalia vs paraphernalia for cocaine or other felony charges (under the Controlled Substances Act), is considerably less.

The NC criminal laws draw a distinction between marijuana drug paraphernalia, which categorized as the lowest level misdemeanor charge in North Carolina, a Class 3 Misdemeanor.

Other forms of drug paraphernalia, explicitly excluding marijuana, may be deemed a Class 1 Misdemeanor for sentencing purposes.

As such, possession of Ziplock baggies to store weed may be a Class 3 Misdemeanor charge, where those same baggies if used to store cocaine or ecstasy or meth may be deemed a Class 1 misdemeanor with the potential for substantial penalties/punishments. 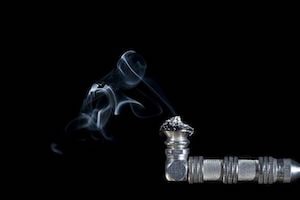 We provide a focused, zealous defense for drug charges in Charlotte and for serious felony charges in the surrounding judicial districts in Union County, NC, Iredell County, and Gaston County.

There may be legal options available to obtain a dismissal of charges, depending on your prior record, the nature of the criminal charges, and the strengths and weaknesses of the State’s case against you.

We believe it helps to have an experienced criminal lawyer standing by your side in court.

If you have questions about your drug charges in Charlotte, call Bill Powers today at: 704-342-4357