*For additional information regarding the criterion for inclusion or membership for lawyer associations, awards, & certifications click image for link.
Home
Practice Areas
Criminal Defense
Drug Crimes
How to Get A Possession Charge Dropped

How To Get A Possession Charge Dropped 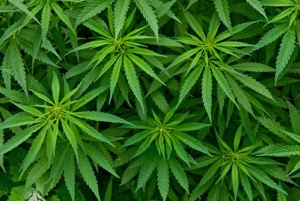 Most people don’t plan on getting arrested for drug possession charges. Indeed, there are plenty of states where simple possession isn’t even a criminal offense.

North Carolina enforces the marijuana laws (and the other drug laws), much to the occasional surprise of people visiting Charlotte and other surrounding areas like Monroe, Gastonia, and Statesville.

There are several different legal issues involved and why drug charges could be reduced, dismissed, or subject to a diversionary program in Charlotte. It helps to get legal advice and to make certain you know your legal options before entering a plea or accepting the terms of a plea agreement or deferral program.

“We’re regularly asked how to get a possession charge dropped or if there are legal options. Sometimes people don’t understand getting something ‘dropped’ may involve more than a not guilty plea and jury trial.” Bill Powers, Defense Lawyer

Legal Bases for Dismissal of Drug Charges include:

How To Get A Possession Charge Dismissed in North Carolina 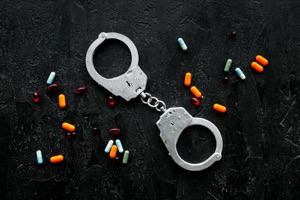 It’s important to understand drug crimes, like each person facing criminal charges related to the illegal possession of controlled substances, are different. It’s important to review the fact-pattern of the case, in addition to the background history of the person accused.

Your prior criminal record can be relevant to the disposition of drug charges in NC. Our justice system also considers the amount of the drugs seized and the type of drugs at issue. (Prescription drugs can be the subject of criminal prosecution in North Carolina.)

Put simply, sometimes people are dealing with a substance abuse problem. Sometimes they’re in the wrong place, at the wrong time, with the wrong people.

While not every case of simple possession of marijuana, which you may have seen written on the Uniform Citation (or charging documents) as simple possess sch vi cs m, indicates addiction, a history of drug arrests and other criminal charges like larceny may be indicative of a substance abuse problem.

Our District Attorney’s Office in Charlotte is concerned with prosecuting matters. In deciding how to handle any charge or criminal charges, DA’s take into consideration a series of factors, including the relative strengths and weaknesses of the legality of a “drug bust,” the lack of a prior record, cooperation with law enforcement, and the intent of the person allegedly in possession of the illegal drugs (intent to sell or distribute, drug trafficking, etc.), and how much or how many drugs were seized.

In Mecklenburg County we also have other diversionary types of programs that may be available to provide for a dismissal of charges, which may include drug court, deferred disposition, and/or drug treatment.

Defense lawyers regularly work with the prosecutor’s office and the courts in hammering out an appropriate plan of care and treatment, hopefully with the intent to get the drug charges against you dismissed.

By no means should that be assumed or is it a promise. A dismissal of charges is not automatic. It is not a matter of right or guaranteed in every instance.

Getting drug charges dropped often requires substantial negotiations with the DA’s Office and full compliance with the terms and conditions for eligibility into any one of the alternatives to incarceration or deferred judgment programs.

Prosecutors and Judges are given a substantial amount of discretion in determining the appropriateness of any plea and dismissal of charges.

Before agreeing to any program, whether it’s drug court, a deferral, or conditional discharge pursuant to N.C.G.S. 90-96 for a first offense, your defense attorney will want to make certain the State has a case against you.

As such, the first step for many defense lawyers is to answer this question: Can the State prove its case? Is there sufficient evidence of possession, such that the DA can meet the substantial burden of proving you guilty Beyond a Reasonable Doubt?

That should not be confused with legal issues such as probable cause to arrest, proper search and seizure, or even reasonable suspicion to stop your car. Frankly, it can get a bit complicated. Drug charges, and their defense in court, deserve a close and careful review of the fact-pattern and what happened on-scene.

For felony drug charges in North Carolina, that may involve making a formal Request for Discovery and review of the evidence provided pursuant to what some people call a Motion for Discovery. One would be remiss in failing to note that for misdemeanor charges, which are often handled in criminal district court in NC, there may be no traditional right to discovery.

If that’s the case, then the defense attorney would need to speak with the charging officer, review their notes, and possibly get a copy of the body camera footage.