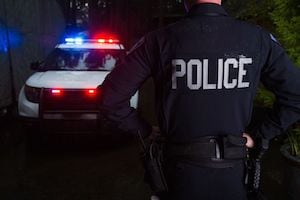 Criminal charges aren’t limited to adults. In fact, a substantial number of crimes are committed by youthful offenders.

In the past, even 16 and 17-year-old defendants were considered adults under the criminal laws and therefore tried as adults in North Carolina. Very soon, that won’t automatically be the case.

How the court system handles such matters is about to change dramatically effective December 1, 2019. That’s when NC, the last state in the nation to do so, begins implementing the 2017 “Raise the Age” initiative.

For offenses charged on or after 12/01/19, defendants under the age of 18 will not face being charged as an adult, at least automatically.

“Raising the Age” means just that. Jurisdiction for juvenile court for criminal matters was raised to 18 years old.

There are exceptions, including consideration of the seriousness of the charges and possible Transfer to Superior Court and eventual prosecution (and sentencing) as an adult.

Raise the Age, generally speaking, is mean to apply to nonviolent crimes.

Adjudication as a Juvenile Delinquent

A determination of delinquency is roughly the equivalent as being found “guilty” of a criminal charge. Adjudication as a Delinquent may result either from an Admission of Guilt (Guilty Plea) or being found Guilty after a trial.

There are some important distinctions. How juvenile charges are handled by criminal defense lawyers are a bit different as well.

“In some ways Juvenile Court is a bit more informal, yet in some ways it can be a bit more complex. That’s because there may an interaction with the Department of Social Services and additional steps in the process.”

Parents may call our office not quite knowing what to expect. While there are some additional protections afforded to juvenile offenders, it’s a really good idea to seek legal counsel without delay.

Criminal charges, whether they’re in juvenile or “adult court” (normal criminal court) can have long-term consequences. Rather than jail or prison, there are things like Juvenile Detention and “training school.”

Sometimes parents do not fully understand the nature or consequences of charges. Talking to law enforcement and requiring your child to give a statement is often a poor choice.

Take the 5th. Constitutional protections afforded under the US Constitution and applied to the states by the 14th Amendment also apply in juvenile court.

The State still has the Burden of Proof. The legal standard is Proof Beyond a Reasonable Doubt.

Unlike traditional “adult court,” Juvenile Court matters are not tried by a jury. Indeed, District Court Judges have original jurisdiction for juvenile offenses.

It is important to understand, just because a criminal charge starts in Juvenile Court, that does not necessarily prevent or preclude eventual prosecution as an adult in Superior Court.

The State may petition, for appropriate violent charges, the matter be “transferred” to Superior Court.

It remains possible for someone under the age of 18 to be prosecuted in Superior Court as an adult.

It is therefore incredibly important to seek experienced legal counsel if your child or loved one faces criminal charges as a juvenile and/or in juvenile Court.

What is a “Juvenile Delinquent?” 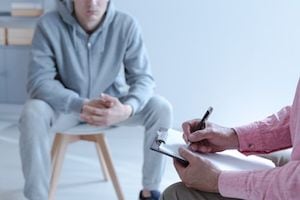 One important exception applies to Chapter 20 offenses in North Carolina (Motor Vehicle Offenses), including things like DWI (driving while impaired), reckless driving, and other felony and misdemeanor charges involving death by vehicle matters.

Who is NOT Included Under the Raise the Age Laws?

The age of jurisdiction (maximum):

Transfer to Superior Court / Prosecution as an Adult:

We provide legal consultations for criminal charges in North Carolina. We help people in the Charlotte-Metro region, including in Union County (Monroe), Gaston County, Iredell County, and Rowan County.

If you or a loved one face serious felony charges in Juvenile Court, include sex offenses, sex crimes, manslaughter, or violent crime, we’re here to help.

You may also reach Bill by email: Bill@CarolinaAttorneys.com