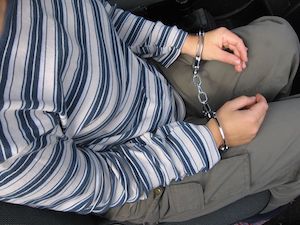 If your child has been accused of criminal charges in Charlotte, we believe it is crucial to immediately retain an experienced juvenile court criminal defense attorney.

"Make no mistake, criminal charges in juvenile court carry consequences and should be treated with the same level of care and concern as you would in Superior Court"

Is Juvenile Court in Charlotte Different?

Charlotte, as one of the largest judicial districts in North Carolina, will be affected by the landmark changes to the NC criminal laws regarding the prosecution of “juveniles” accused of breaking the law.

How that works out in day-to-day, real world prosecutions remains to be seen.

One of the most important things to understand is that proving the criminal allegations are the same as in “adult court.”

It does not matter if the prosecution involves felony or misdemeanor charges in Charlotte.

The essential elements of the crime, what the State bears the burden of proving Beyond a Reasonable Doubt, are the same in juvenile court.

Juvenile court charges for larceny require the same prima facie showing to the Finder of Fact.

"I think it’s fair to say juvenile court in Charlotte requires certain unique considerations in preparing a defense. You need to understand how things proceed and the special rules for criminal prosecution of minors in North Carolina"

Burdens of Proof in Juvenile Court

The State of North Carolina must prove all criminal charges Beyond a Reasonable Doubt.

That’s true too for criminal prosecutions in juvenile court.

The same NC Rules of Evidence apply regarding the admissibility of evidence, the Defendant’s Right to Remain Silent, the Right to Legal Counsel and other Constitutional Rights.

Procedurally there can be differences regarding the nature and frequency of what ordinarily might be thought of “Bond Hearings” and the conditions of release.

In juvenile court, unless waived by the Defendant, repeated “detention hearings” can be required to confirm whether a Secure or Nonsecure Custody Order is appropriate.

§ 7B-1903 - Criteria for secure or nonsecure custody requires the Court to consider the type of charge, whether the juvenile defendant is a “runaway,” also whether continued custody is in the best interests of the minor child facing criminal charges.

If deemed appropriate by the Court, nonsecure and secure custody of minors may be at places like:

Under the Juvenile Court laws in North Carolina, the Court may have jurisdiction of “delinquent juveniles” and minors “adjudicated delinquent.”

Any juvenile, including a juvenile who is under the jurisdiction of the court, who commits a criminal offense on or after the juvenile has reached the age of 18 years is subject to prosecution as an adult.

Can Juveniles be Tried as Adults in North Carolina? 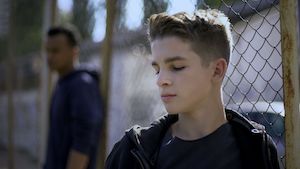 Yes, in certain circumstances, depending the nature of the criminal charges, the severity of the allegations, the existence of a prior adult record, and subject to review by the Court, juveniles can be tried, convicted, and sentenced as adults.

In Charlotte, that’s normally on the 8th Floor of the Criminal Courts Building.

That’s also the same floor where DSS cases involving Abuse, Negligent, and Dependency matters are heard, as well as where Divorce, Custody, and ED Equitable District Claims may be litigated in Mecklenburg County.

Defense attorneys may describe the process as “Once an Adult, Always an Adult” when married juveniles and emancipated juveniles are excluded from juvenile jurisdiction.

If you have questions about how matters are handled in juvenile court, please call our team of defense attorneys now.

We offer free consultations for criminal charges in Charlotte, including allegations in juvenile court.

Everything disclosed as part of legal representation is subject to something called Attorney Client Privilege.

That means we keep secrets and confidences.

Call now if your child is in custody, has a “Detention Hearing” set and/or to determine how the juvenile court legal system works: 704-342-4357

Bill Powers is available for consultation and may also be reached by email at Bill@CarolinaAttorneys.com