Can Juveniles be Tried as an Adult for DWI Charges in North Carolina?

The Juvenile Justice Reform Act does not affect DWI charges or violations of the Chapter 20 Motor Vehicle Laws in North Carolina.

DWI charges in Charlotte against juveniles are prosecuted as adult offenses.

That is true for all DWI charges in North Carolina and is not unique to Mecklenburg County DWI prosecutions.

If a judgment or sentence requiring jail time or prison is deemed appropriate by the Court, juveniles serve that time in the custody of the jail or NC DPS (Department of Public Safety – Prison) as Ordered.

Allegations of impaired driving, as Chapter 20 violations (motor vehicle offenses), are by law NOT subject to the procedures and/or protections afforded in juvenile court.

Chapter 20 offenses are exempt from the JJRA.

Motorists who break the motor vehicle laws, including for things like reckless driving, street racing, and DWI charges are subject to the same penalties imposed in court for a conviction and/or by NC DMV in license revocation and motor vehicle points issues.

If your 17-year-old child is charged “drunk driving” in Charlotte, they ordinarily will be arrested and taken to the Mecklenburg County Jail for processing just like every other adult facing similar charges.

Indeed, if they have a child under the age of the car with them at the time of the impaired driving, which might constitute a Grossly Aggravating Factor under the NC DWI laws, minors are subject to the same punishments for DWI in North Carolina, including Level 1 penalties that may include things like:

A juvenile who is convicted of DWI in Charlotte, like every other motorist, is subject to same punishments for DWI as adults.

DWI Charges in Charlotte, NC – Information About the NC DWI Laws Is There a Trial by Jury for Juvenile Court Criminal Charges?

If a juvenile and the criminal charges are subject to “juvenile jurisdiction,” such matters are handled by a District Court Judge and not a jury.

There is no right to a jury trial in juvenile court.

If the matter that begins in juvenile court is later transferred by the Court to Superior Court for criminal prosecution, there is a constitutional right to Trial by Jury.

That means the District Court Judge in juvenile court criminal charges serves as both Judge and Jury.

They decide questions of law, which all judges do, regarding things like Motions to Suppress, Motions to Dismiss, and the admissibility of evidence at trial.

In juvenile court, the District Court judge also serves in the function of the Finder of Fact.

Ordinarily, that is the role of the jury of your peers.

Appeals to rulings in District Court, for juvenile criminal matters, are taken to the North Carolina Court of Appeals.

They are not appealed to Superior Court for rehearing. 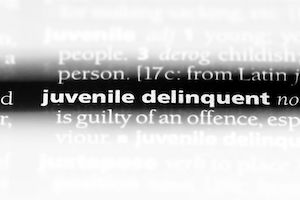 It does not matter if you’re deemed a juvenile or an adult.

Our goal is to provide sound legal advice after careful consideration of the law and facts of the case.

Even before the landmark changes to the NC juvenile court laws, Bill Powers has for more than two decades helped under-aged defendants (minors) and their parents with serious criminal charges.

In retaining a criminal defense lawyer in Charlotte for juvenile charges, we think it’s a good idea to ask questions like:

You may also privately email Bill Powers at Bill@CarolinaAttorneys.com