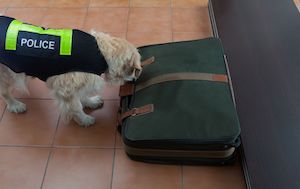 As one of the largest cities in North Carolina, Charlotte sees its fair share of felony drug crimes.

If you have questions about whether allegations you face are a felony or a misdemeanor offense, that’s normal.

It’s not unusual to be charged with both, as misdemeanor charges like possession of drug paraphernalia often accompany serious felony drug charges.

Complicating matters, there are different categories, classes, and “schedules” of drugs (controlled substances) in both state court and federal court.

"The classification of controlled substances, prescription medications, legal, and illegal drugs can seem a bit counterintuitive. The difference between trafficking and PWISD also is a regular source of confusion."

How are Drug Charges Handled in Charlotte?

In part, the complexity of the legal system and prosecution of drug crimes in North Carolina involves the ever-changing nature and development of new synthetic drugs.

Some matters are “continued for papering.”

The District Attorney’s Office in Mecklenburg County may also request “waiving PC” (Waiver of Probable Cause), rather than dismiss the matter to the Grand Jury.

"If you don’t know what ‘getting indicted’ means or are uncertain whether you need to appear for court appearances if you’ve already bonded out, we recommend you call us right away."

Charlotte is a big legal system.

We don’t want you to get lost in the shuffle.

"An important part of legal representation, from our perspective, is to personalize you and your charges. We have a very big legal system in Mecklenburg County."

A special team of prosecutors on the “Drug Team” at the DA’s Office are responsible for felony drug charges.

"I personally think some of the best lawyers in Charlotte are prosecutors. They’re dedicated, prepared, and well-versed in the law."

Charlotte also has in place a procedural network of court appearances intended to ensure timely administration of justice that can be difficult to understand for the uninitiated.

That starts from the issuance of a Criminal Summons or a Warrant for Arrest, Indictment and waiver of PC to Superior Court for prosecution, when and if appropriate.

We’re here to answer questions about the legal system and how felony drug crimes are prosecuted in Mecklenburg County.

Types of Drug Charges and Offenses

Drug offenses gather the attention of both federal and state prosecutors.

In fact, there can be concurrent prosecutions for controlled substance laws violations and may depend, in part, on the amount and tpe of drugs at issue.

Trafficking charges in federal court, based on alleged violations of the United States Code or “USC,” are separate and apart from criminal charges brought in State Court under the NC Criminal Laws.

That may include allegations of a larger conspiracy and plans to bring large amounts of controlled substances into Charlotte and the region.

With that come indictments and “superseding indictments,” where large numbers of Defendants can all be charged together as part of a criminal conspiracy to traffic in controlled substances.

Those matters are prosecuted by the Department of Justice and the Office of the United States Attorney in one of the three federal prosecutorial districts in North Carolina:

Criminal prosecutions in Charlotte for violations of the NC criminal laws are handled by the elected District Attorney for Mecklenburg County.

Criminal lawyers may refer to the concept of “separate sovereigns” in explaining the differences and similarities between drug charges in federal and state court.

"I think it’s fair to say that drug charges in Charlotte state court range from the very minor, like simple possession all the way to Level III Drug Trafficking charges." 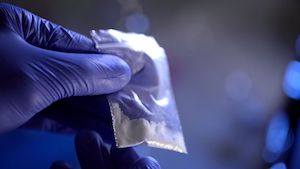 Whether you received a criminal summons for possession of drug paraphernalia or have been indicted for “trafficking in drugs,” we strongly recommend you immediately retain legal representation.

What Should I do if Arrested for a Drug Charge in Charlotte NC?

First, if you’re a bit anxious about getting arrested, charged, or indicted with a drug crime, that’s understandable.

"Part of what we do as criminal lawyers is to explain the legal system to clients. Serious criminal charges deserve focused, compassionate legal representation."

We believe it’s imperative to address criminal issues in a systematic, considered fashion.

You are presumed innocent.

It’s easy to gloss over the importance of the legal presumption of innocence.

Innocent people can be accused of breaking the law.

Our team of criminal defense lawyers is dedicated to the rights and best-interests of our clients.

The State has a substantial burden of proof.

"People don’t understand the importance of Constitutional Rights and procedural legal protections until you stand accused of a crime."

If you have questions about felony drug charges in North Carolina, our team of defense lawyers is available for consultation.

Call today to schedule a free consultation. You may also reach Bill Powers by email at Bill@CarolinaAttorneys.com

We encourage clients not to wait.

Drug crimes in Charlotte, especially those involving felony charges, often have important court dates in Courtroom 1150 for the initial appearance, Bond Hearings, and Probable Cause Hearings.

We think successful defenses to felony charges are assisted by getting a defense lawyer involved early-on in the process.

It’s also important to limit inculpatory evidence against you, if possible.

Ask to consult with legal counsel.

To not be pressured to “cooperate” or “make some buys.”

Politely decline to answer questions or cooperate in any way with the criminal investigation.